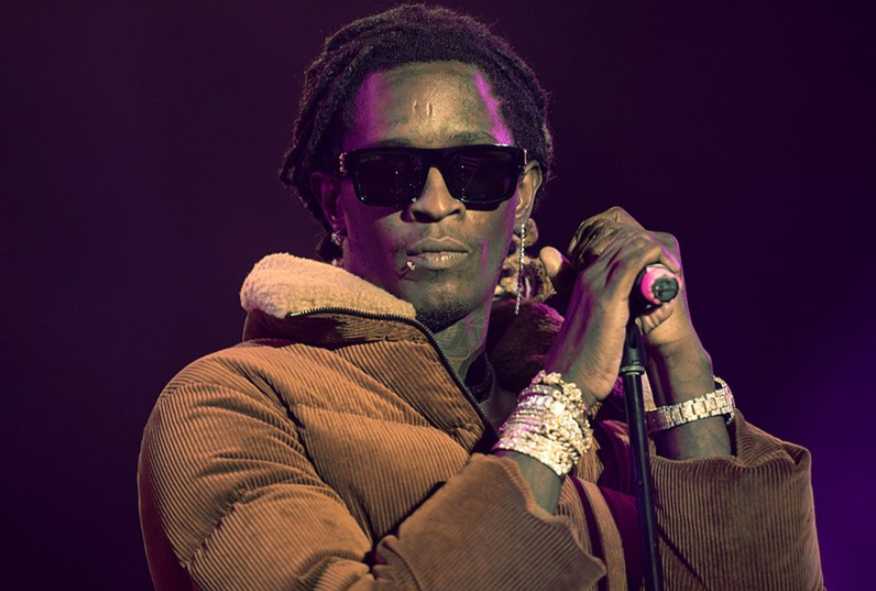 He has made a lot of money over the years from his music, song writing and as a record producer.

Young Thug’s source of wealth is based almost solely upon his music, especially as a rapper, song writer and even record producer.

Starting his own record label, YSL Records, has definitely helped to increase his net worth over the years.

He, his 9 older and 1 younger siblings grew up in the poorer and more crime ridden areas of Atlanta.

Growing up Jeffrey and his siblings were surrounded by crime and violence and their living situation made a big impact on their lives.

It was so bad for him that he even got to see one of his brother shot and another serving time for murder.

Jeffrey himself followed in some of his older brothers footsteps. He attended elementary school until he was expelled in 6th grade for breaking a teacher’s arm

During his teens he became addicted to drugs and violence.

At the young age of 17, Jeffrey was to become a father and it was also at this age he began to recognize he had a talent for music and rapping.

2010: Taking the stage name Young Thug (no doubt because of his upbringing). Jeffrey debuted as a rapper making his guest appearance or TruRoyal’s single “She Can Go.”

2013: Young Thug signed with Gucci’s label 1017 Brick Squad Records. It was under this label he released his 4th mixtape “1017 Thug.” The mixtape earned a lot of positive attention for its fresh and original style.

That same year he released the singles “Stoner” and “Danny Glover.” Both of these singles were remixed by other artists much to Young Thug’s displeasure.

2014: He recorded a number of songs with Kayne West and his own single “Eww.” He also was featured on the March 2014 cover of FADER. This was the same year he signed with with 300 Entertainment.

Since he was making a name for himself he was also featured on several singles by various other artists.

2015: Young Thug released “Barter 6” a mixtape and under the 300 entertainment label he released the single “Pacifier” as support for his up coming mixtape “Hi Times.”

2016: Jeffrey “Young Thug” Williams appeared on West’s albums “The Life of Pablo.” He released the mixtape “I’m Up” and the Albums “Slime Season 3” and “Jeffrey.”

He also started his own record label YSL Records.

This was the year he also provided vocals for Drake’s singles “Sacrifices” and “Icemelts” for this rapper’s album “More Life.”

He was also featured on the song “Bankroll” with Justin Bieber and Rich the Kid.

He also released his own mixtape “Beautiful Thugger Girls” and was featured on “Havana” a single by Camila Cabello. This song would become Young Thug’s first number 1 hit.

2018: He released his EP “Hear No Evil” and collaborated with Childish Gambino co-writing and providing background vocals for “This is America.”

2019: Young Thug finally released his debut album “So Much Fun” as well as collaborated with J. Cole and Travis Scot on a song entitled: “The London.”

Young Thug has also done several music videos and has been nominated for several music awards and has won the UK Music Video Award for “Wyclef Jean” in 2017.

He also won the MTV and American Video Awards for “Havana” with Camila Cabella as Well as a 2019 Grammy Award for “This is America” which he co-wrote with Childish Gambino.

Young Thug is known for eccentric style of dressing as he prefers to wear women’s clothing.

He has six children by four different women, having had his first child at age 17 (some sources say 14).

In 2015 he was engaged to Jerrika Larloe, but the engagement was later called off.

He has several run ins with the law, including a couple of lawsuits for not showing up for concerts after signing a contract to do so.

His drug issues that arose during his teenage years still appear to follow him to this day.