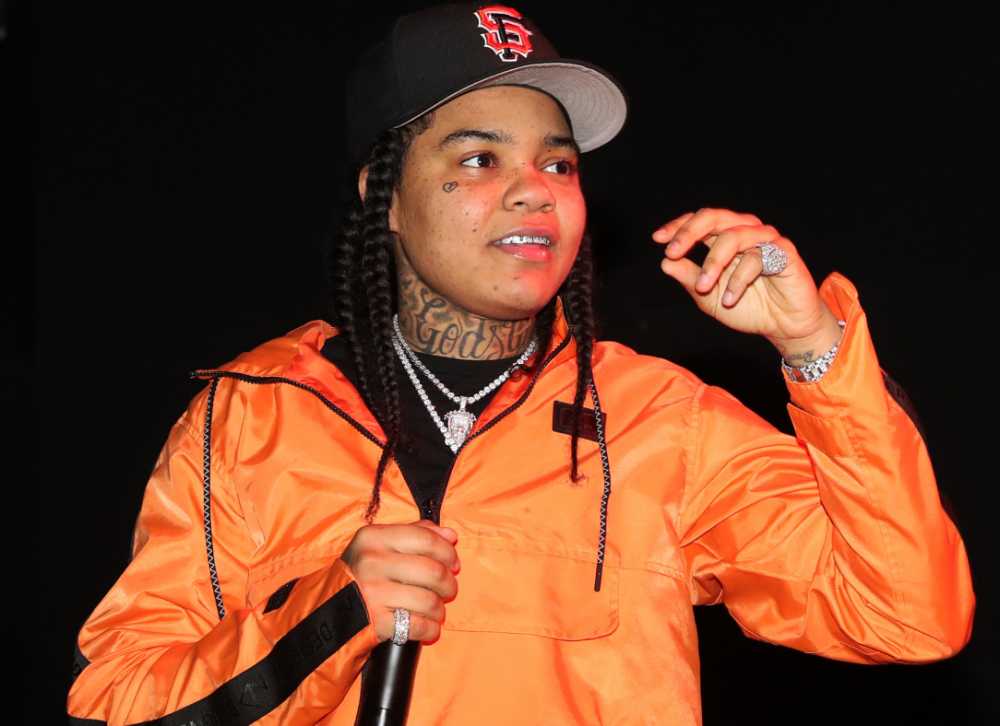 She’s still just in her twenties but has already made a lot of money from rapping and songwriting.

Young M.A. main source of wealth is her music. She continues to make a lot of money singing, rapping and song writing.

She seems to have also made money from directing movies, with her first titled “The Gift”.

Her mother’s name is Latifa and the father’s name is unknown. It is also unknown as to whether Katorah has any siblings other than an older brother who is now deceased.

When Katorah was only a year old her father was sentenced to prison and was not released until she was 11 years old.

When she was 7 years old, Katorah’s mother moved the family to Chesterfield, Virginia in order to get her children away from the Violence of the New York City neighborhood in which they they lived.

She also wanted her children to attend better schools and obviously have better jobs.

Katorah grew up listening to reggae and hip hop music being played in the house. Young Katorah would also hear her mother and uncle rapping as well

While attending school Katorah began writing Rhymes in her school books and began rapping around the age of 9.

Her mother encouraged her daughter’s talent by purchasing her a karaoke machine. Katorah built herself a makeshift studio in her closet.

Katorah was a good student and also a tomboy so she ended up playing football on the school’s football team.

When she was 16 the family moved back to Brooklyn. In 2009 her brother (who served the role as a father figure in her life) was killed by a former friend in gag-related violence.

When Young M.A. first began her career by self-funding a recording studio with local record producers by working at both Shake Shack and TJ Max.

2014: Young M.A. gained attention as a rapper when a song she released entitled “Brooklyn Ciraq” went viral and got negative criticism on Facebook. This resulted in more people checking out the song and becoming familiar with Young M.A.’s music.

2015: She released the mixtape “M.A. The Mix Tape” One of the songs from this mixtape “Body Bag” became a YouTube hit. She also released another mixtape “Sleep Walkin”.

The song not only impressed fans but other rappers as well; many of which remixed this song putting their own spin it on it. Remixes of this song was done by such celebrities as Nicki Minaj, Remy Ma, French Montana, Uncle Murda and others.

2017: Remy Ma featured M.A. (and other artists) at the Hot 97 summer jam. She also released an EP entitled “Herstory.”

After the release and popularity of “Ooouuu” released a number of singles. The latest single “Praktice” was released this summer (2019).

2019: “Herstory in the Making” her first album is due to be released soon.

M.A. has been open about her preference for women both in her music and in her real life.

She does admit that she struggled admitting her preference when she was younger because she was worried that her mother might not accept her.

When she finally came out to her family at age 18 they readily accepted. She has said that feeling free to be herself has allowed her music to really flow.

Despite her success M.A.’s life has not been easy. In 2009 her beloved brother and father figure was stabbed to death by former friend.

The loss of her brother threw M.A. into depression and she missed an entire month of school. Later she sought counseling to help her deal with the loss.

She is the founder of Kweenz Society, which helps people in East New York neighborhoods deal with the tragedy of losing people they love.