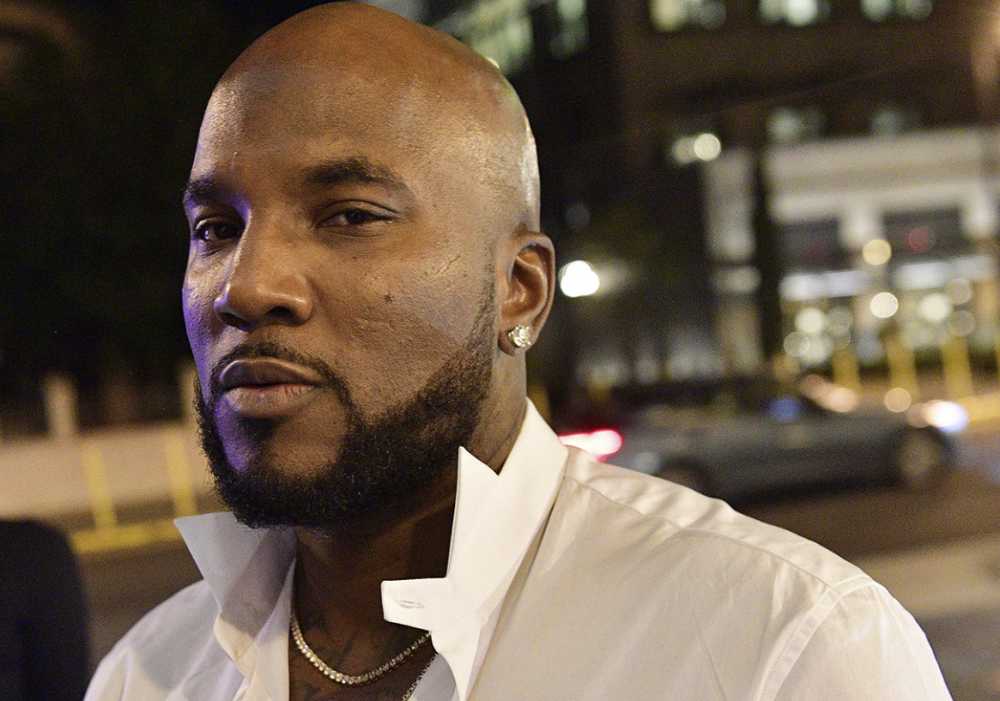 Born Jay Wayne Jenkins on the 28th of September 1977, he is an American rapper who has made a name for himself in the music industry.

Despite all distractions of an unsteady childhood and several run-in with the law, Jeezy is increasingly becoming of the most admired rappers and music producers in the industry.

He has won many awards including Grammy nominations.

Jeezy’s main source of wealth is the earnings from the sale of his songs and albums. He has released about eleven studio albums.

Some of these albums have topped charts, making him some good money in the process.

The album sold more than 172,000 copies in its first week. His other musical projects and collaborations have impressive runs in charts as well as in the marketplace.

Apart from music, Jeezy makes money from his appearances in movies and television shows.

His parents separated when he was a toddler. He was moved to Atlanta, Georgia where he grew up under different family members inside different environments.

He has a sister named Katrina Wright.

In his growing up days, he joined street gangs and especially the “Crips” which held sway in the area Macon, Georgia area during the period.

In 1994, Jeezy spent nine months in a boot camp in Fort Stewart, Georgia. He was charged for narcotics possession.

Jeezy had run-in with the law especially for drug possessions and other street gang crimes.

Despite all these though, he still showed interest in music at an early age.

His talent was discovered by Shakir Stewart and L.A. Reid of Def Jam Records, who signed him for a record deal.

2001: Jeezy released his independent album titled “Thuggin’ Under the Influence (T.U.I.)”. The album featured contributions from other artists like Lil Jon, Kinky B, Fidank, and Freddy J.

2003: Another independent album titled “Come Shop wit Me” was released this year. This album was a 2-CD set that sold over 50,000 copies.

He would later sign a record deal with “Def Jam Records” after his musical talent was recognized by the labels vice president artist and repertoire Shakir Stewart.

Jeezy released his first studio album “Let’s Get It: Thug Motivation 101”. This album was an instant success. It debuted at number two on the Billboard 200 album chart.

It sold about 172,000 copies in the first week of its release. It was also certified Platinum by the RIAA.

2006: He released his second studio album titled “The Inspiration”. The album sold more than 352,000 copies and also topped the Billboard 200 albums chart.

The RIAA certified this album Platinum. Its first single “I Luv It” peaked at number 14 on the Billboard Hot 100 chart.

The album was also a success. It peaked at number 4 on the Billboard 200 chart. The number of copies sold in its first week was 95,000 copies.

2008: Jeezy has another blast this year as he released another studio album. This time, it was his third studio album titled “The Recession”.

This album topped the Billboard 200 album chart and sold more than 260,000 copies. It was also certified Gold by the RIAA.

The singles of this album that made waves include the lead single “Put On” which featured Kanye West and also peaked at number 12 on the Billboard Hot 100.

Other popular singles on the album include “Vacation”, “Crazy World”, and “My President”.

This album made Jeezy receive a nomination from the Grammy Awards. Specifically, he was nominated for Best Rap Performance by a duo.

2009: He made an appearance as the cast of the comedy film “Janky Promoters”. Other artists that cast on this film include Ice Cube, Mike Epps, Lil’ JJ, etc.

This album was a commercial success as it debuted at number three on the US Billboard 200, selling 233,000 copies in the first week.

2013: This year, he released a compilation mixtape “Boss Yo Life up Gang”. This is a project he did with artists from this record label CTE World. Specifically, YG and Doughboyz Cashout were featured in this collaborative album.

2014: “Seen It All: The Autobiography” was the fifth studio album released by Jeezy. This album debuted at number two on the Billboard 200 album charts. 121,000 copies were sold in the first week.

2015: He released “Church in These Streets” as his sixth studio album. This album debuted at number four on the US Billboard 200 chart. It sold 98,000 copies in the United States.

2016: Jeezy did not stop at the releasing a sixth studio album. He went further to release another album titled “Trap or Die 3”. This became his seventh studio album.

“Trap or Die 3” made an instant success by debuting at number one on the Billboard chart. This became his third album to chart tops at the Billboard.

Some of the songs featured Yo Gotti, Bankroll Fresh, French Montana, and Lil Wayne.

2017: His eight studio album titled “Pressure” was released this year. More than 73,000 copies were sold in

2019: Jeezy’s ninth studio album titled “TM104: The Legend of the Snowman” was released on August the 23rd of this year.

Jeezy has had a couple of romantic relationships but is not yet married, as at the time of writing this. He has however had children from some of them.

In the early 2000’s he dated Tynesha Dyke. They had two children together – two sons named Jadarius and Shyheim.

They never got married until they broke up. Because he was the biological father of the two kids, he was asked to pay $20,000 a month in child support. However, the couple has joint custody of the kids.

In 2005, he started another relationship with singer Keyshia Cole.  In a rare situation, Cole bought a ring and proposed to Young Jeezy, but he turned her down. The couple had to go their separate ways afterward.

In 2011, he got romantically involved with famous model Jasmine Sanders but their relationship soon ended like the ones before it.

Khloe Kardashian is another woman that Jeezy has dated in the past.

In 2016, it was reported that Jeezy was to propose to Mahi, the mother of his daughter born in 2014 and named Amra Nor Jenkins. But neither of the couples confirmed the rumor.

Jeezy is currently dating The Real’s co-host Jeannie Mai and his longtime girlfriend.