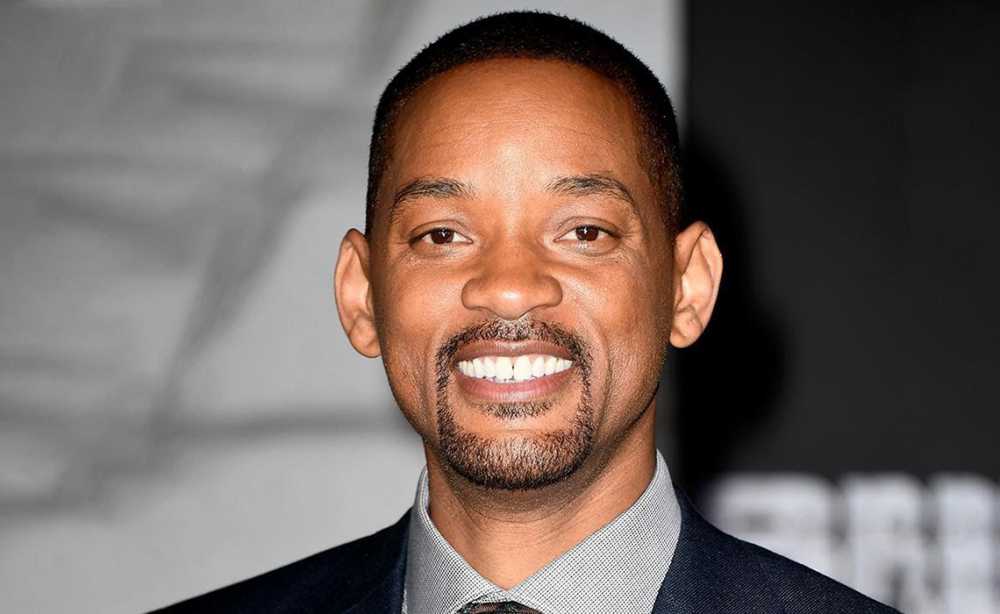 Will Smith’s net worth is estimated to over $350 million dollars, as of 2020. This is not surprising seeing that he was once called “the most powerful actor in Hollywood”.

He’s said to be one of the only actors to ever have as many as eight films that consecutively grossed a staggering $100 million dollars in the domestic box office!

His movies have grossed more than $7.5 billion dollars as at 2016. His latest movie “Aladdin” even became Smith’s highest-grossing film doing over $1 billion dollars worldwide!

He is an A-list Hollywood superstar and is still one of the most admired celebrities of today, even though he has been in the limelight for decades now.

He has featured in many popular TV series and in many blockbuster films along the years and is still going strong.

Smith is talented, passionate, energy-driven and extremely versatile. “The Fresh Prince of Bel-Air” is an actor, comedian, songwriter, rapper and singer.

Smith has received many nominations, and also won many awards in his music and acting career.

He is one of the celebrities making money on Netflix and is still doing shows and movies in the mainstream.

Will Smith’s main source of wealth is obviously earnings from his acting career. He makes millions of dollars as direct payments from all these and from obvious bonuses.

He has made so much money in his career that he was even ranked by Forbes as one of the most bankable celebrities worldwide.

He also makes money from the sale of his songs, productions, and concert/tours.

He is also one of the many celebrities raking in a lot of money through various sponsorship and endorsement deals.

Will Smith’s full name is Willard Carroll Smith Jr. He was born September 25, 1968. He was born in Philadelphia, Pennsylvania.

His father’s name is Willard Carroll Smith.  The senior Smith was a veteran that served in the U.S. Airforce as a refrigeration engineer.

His mother’s name is Caroline (nee Bright). She was an administrator with the Philadelphia school board.

His parents got separated in 1981 when Smith was 13 years old. However, it was not until 2000 that the parents finally divorced.

Smith is the second of 4 children. He an elder sister named Pamela. He also has two younger twin brothers named Harry and Ellen.

The family lived in Philadelphia’s neighborhood of Wynnefield where Smith grew up.

He was raised up as a Baptist and but attended a catholic school.

Smith was enrolled in “Our Lady of Lourdes”, a private Catholic elementary school in Philadelphia. He then attended Overbrook High School.

Both met at Townes’ House party where Smith filled in for the missing hype man of the party.

They released their first single titled “Girls Ain’t Nothing but Trouble”.

It became a hit before Smith graduated from High School.

1990: Smith signed a contract with NBC to be the main cast in the TV series “The Fresh Prince of Bel-Air”.

This show was very successful and inspired Smith to become the biggest movie star in the world.

1991: They duo of DJ Jazzy Jeff & The Fresh Prince released the “Summertime”. This became an instant hit. It peaked at number 4 on the Billboard Hot 100. This song also becomes their most successful hit. It helped earned them their second Grammy Awards.

1993: Smith played a major role in “Six Degrees of Separation”.

1996: He was cast in “Independence Day” a movie by Roland Emmerich. This film improved Smith’s image as an actor in the prime box office draw. The film was a massive blockbuster and became the second highest-grossing film at that time.

1997: Smith played the role of Agent J. in the action movie “Men in Black”. He starred alongside Tommy Lee Jones.

The performances of Smith and Jones were praised by critics. The film became the third highest-grossing film that year. It grossed $589.3 million worldwide against a $90 million budget. Also, an estimated 54,616,700 tickets were sold in the United States alone.

The album peaked at the top 10 on the US Billboard 200 chart. It was also certified nine times platinum by the Recording Industry Association of America (RIAA).

1998: He featured in “Enemy of the State” and starred alongside Gene Hackman.

This album peaked at number 25 on the Billboard Hot 100. It also received double platinum from the RIAA.

2002: “Born to Reign” a third studio album was released by Smith. This album peaked at number 13 on the Billboard 200. It was also certified gold by the RIAA.

A compilation album titled “Greatest Hits” by Will Smith was also released later in the year. It featured a song from his three solo albums including those done with DJ Jazzy Jeff.

2003: Once again, Smith was the main cast in the sequel of the 1995 film “Bad Boys”. This film, titled “Bad Boys II” was a box office success. It actually grossed $270 million worldwide.

2005: He released another studio album titled “Lost and Found”. This album peaked at number six on the Billboard 200. It’s lead single “Switch” made the top ten in both the US Billboard Hot 100 and the UK Singles Chart.

2006: He portrayed Chris Gardner in the biographical drama “The Pursuit of Happyness”. He starred alongside his son Jaden Smith. His performance in this film attracted worldwide praise.

2007: Smith was honored at Grauman’s Chinese Theatre on Hollywood Boulevard. He left an imprint of his hands and feet in the full glare of many fans outside the theater.

This year, he starred in the film “I Am Legend”. Smith’s standing as the number one box office draw in Hollywood is cemented by the success of his film.

2008: Smith was selected as one of “America’s top ten most fascinating people of 2008”. It was aired in December for a Barbara Walters ABC Special.

2012: Smith reprised his role as Agent J. in the action film “Men in Black 3”. This film grossed over $624 million worldwide. It also became the highest-grossing film in the series. He also announced the end of his work with the series franchise.

2013: Smith starred alongside his son Jaden Smith in another film called “After Earth”. However, this film did not do well at the box office.

2015: He starred in the romance drama “Focus” as Nicky Spurgeon.

His performance in the film received positive praise.

He suffered a tragedy this year losing his father to cancer.

He signed to star in “Collateral Beauty”. The role required him to learn about religion and the afterlife. The experience with his father passing influenced his good performance in this movie.

2017: “Bright” a film produced by Smith was released and distributed through Netflix.

He collaborated with his former duo mate Jazzy Jeff to release a song titled “Get Lit”.

2019: He starred in the live-action adaptation of Disney’s “Aladdin”. In this film, he portrayed The Genie. “Aladdin” became Smith’s highest-grossing film with over $1 billion worldwide.

Will Smith married Sheree Zampino in 1992. The couple gave birth to a son named Willard Carroll “Trey” Smith III. The birthdate of the Willard was on the 11th of November, 1992.

Will and Sheree divorced three years later in 1995.

He met and married his present wife Jada Koren Pinkett in 1997. They have a son and a daughter together.