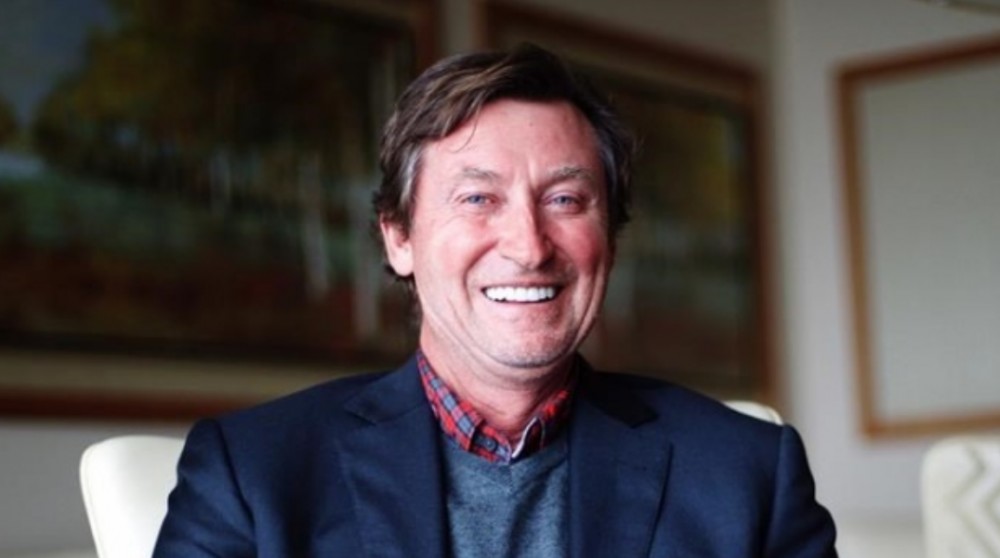 He made most of his money as a professional hockey player for many years. He was one of the greatest players who ever played the game, hence the nickname “The Great One”.

And of course, his massive net worth is a testament to the popular saying that “with fame comes fortune”!

That was more than true in his case.

Wayne Gretzy’s major and long lasting source of wealth and income was his hockey career.

However he has added to his initial wealth through his endorsement of products, restaurants, winery and and other business ideas along the years.

His mother Phillis and father Walter Gretzy moved from an apartment to a house shortly after Wayne’s birth. Wayne has 4 younger siblings; a sister Kim and 3 brothers Keith, Glen and Brent.

The Gretzky family were avid hockey fans and would frequently visit Wayne’s grandparents where everyone would watch Hockey Night in Canada.

Wayne began ice skating at his grandparent’s farm a couple of months before he reached his third birthday.

Walter Gretzky taught Wayne and his brothers how to play hockey on a rink he made in the family’s backyard. He would set up different skills drills using various items that were at hand.

By the age of 6 Way was playing hockey against boys who were 10 years old.

By the age of 10 Gretzky scored 378 goals and 139 assists in one season attracting a great deal of attention including the local media.

However, due to his skill at playing he began getting negative attention from the parents of other players, who would even boo him every time he took the ice or scored a goal.

The next season Wayne’s parents fought so that that Wayne could play in a different area away from all the negative attitudes.

In his new area he played in a Junior B Hockey league with a team called the Toronto Nationals where he played against some 20 year olds.

At the age of 16 Gretzky was chosen to play with the Saulte Ste. Marie Greyhounds having to stay with a host family in order to so.

At the age of just 17 Gretzky signed a 7 year personal service contract with the Indianapolis Racers for $1.75 Million dollars. That was a lot of money back then for someone so young!

He would only play 8 games with the Racers before being traded to the Edmonton Oilers.

Despite the believe that the Oilers and Gretzky himself would find playing in the NHL difficult because the league was suppose to be bigger and tougher than the WHL had been, both the team and Gretzky held their own.

In fact, Wayne would go on to be Awarded the Hart Memorial Trophy signifying that he was NHL’s most valuable play that season.

During Wayne’s second season with the NHL he again won the Hart Memorial Trophy and also the Art Ross Award.

Continuing to do well was just the norm for him, the more he played.

This was a big season for Wayne as he surpassed the standing record of 50 goals in 50 games that had been set 35 years before. He ended the season with 92 goals, 120 assists, and 212 points in 80 games.

That same year he became the only player ever to break 200 points in a single season and he was the first Hockey player and Canadian to ever be Name The Associate Press’ Male Athlete of the Year.

Sport’s Illustrated named him Sportsman of the Year and the Canadian Press dubbed him Newsmaker of the Year.

In 1983 The Oilers would go on to compete in the Stanley cup only to lose to the New York Islands.

Wayne broke his own point score of 212 points in a single season by scoring 215 points by the end of this season.

The Oilers again won the Stanley Cup and Wayne learned right after the playoff that this would be his last season with Oilers as at the end of the season he was traded to the Los Angeles Kings. (Although Wayne was able to negotiate some important provisions to the trade.)

During his time with the Oilers Wayne had held or tied over 49 NHL records.

He also changed the way the game was played making it more a team sport rather than sport where the individual with the puck gets all the attention.

Gretkzys arrival in Los Angeles ignited interest in Hockey with the team often playing to record crowds. He was credited with California forming 2 more NHL teams due to his presence in the state. In 1990 The Associate Press Named Gretzky Male Athlete of the Decade.

Gretzky would suffer his most serious injury of his career to date sitting out most of the season due to a back injury. As a result of his injury he would end his 13 career streak of scoring at least 100 points a season.

After the Kings ran into financial difficulty and new owner took over Gretzky (partly by his own choice) was traded to the Saint Louis Blues. 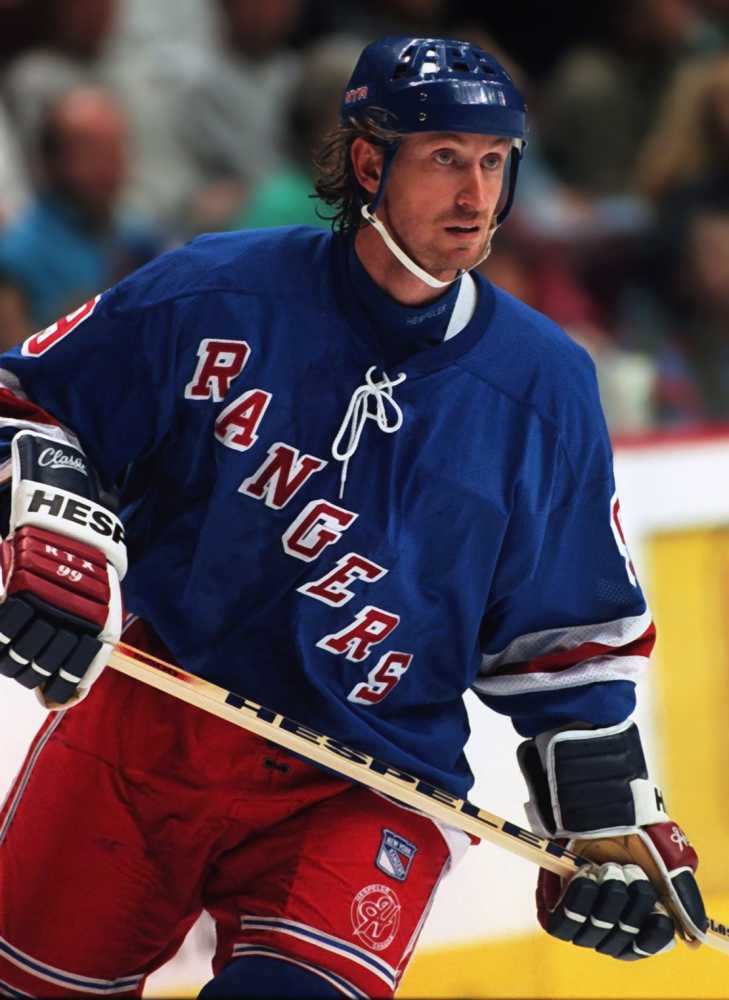 Although he scored 37 points in 31 games, Wayne was not happy with his team and despite being offered $15 million dollars for a 3 year contract he chose to go as a free agent and join the New York Rangers (for a 2 year contact for 8 million dollars.)

He would play his final 3 seasons with the Rangers.

In 1995 Wayne was among the 5 highest paid athlete endorsers.

Wayne had the honor of being voted number 1 of the 50 Greatest NHL Players of All Time.

Wayne finished his NHL hockey career and was inducted in the NHL hall of fame. His number 99 was retired league wide.

The Kings erected a life size statute of Gretzky outside the staple center. He also received a star on Canada’s walk of fame.

During his time playing with the NHL Gretzky won 9 Hart Awards and 10 Art Ross Awards as well as several other rewards.

After his career as a player ended he continued to be part of hockey.

In 2001 he bought 10% of the Phoenix Coyotes (which he later sold) and took over coaching them for a number of years.

In 2002 He became the Executive director for of the Canadian Olympic Team and Canada won the gold metal for the first time in 50 years.

In 2010 he was the final torch bearer for the opening ceremony of the Olympic games.

In 1998 Wayne married actress Janet Jones in July of 1988 in an elegant affair. 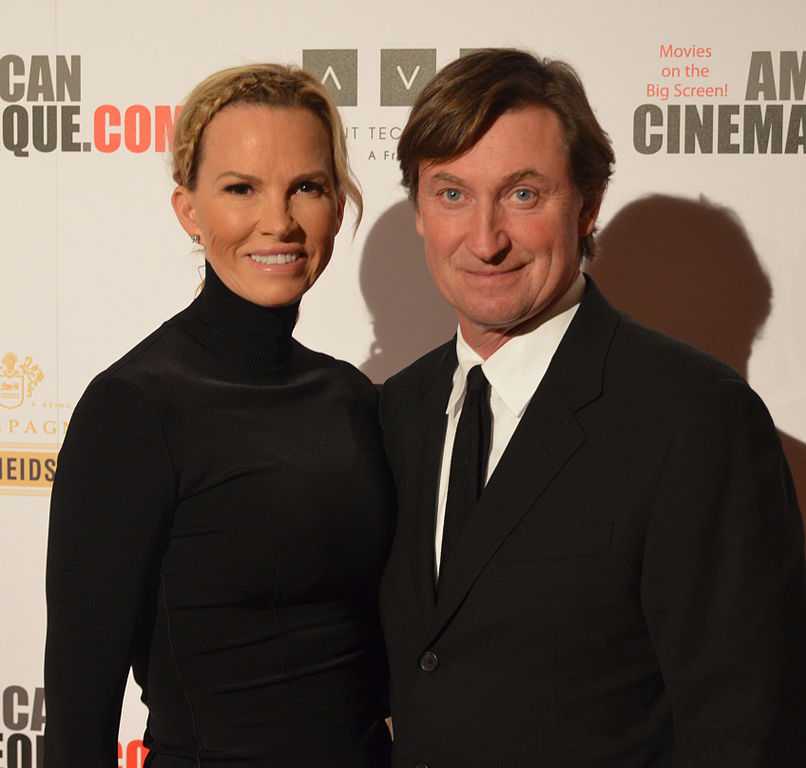 The couple have 5 children 3 boys, Ty, Trevor and Tristan and 2 daughters, Paulina and Emma.

Since his retirement he has owned or partnered in 2 sports teams, partnered with First Team Sports and in 2017 opened a winery and distillery with Andrew Pellar LTD.

He is also the owner/co-owner of a number of restaurants.