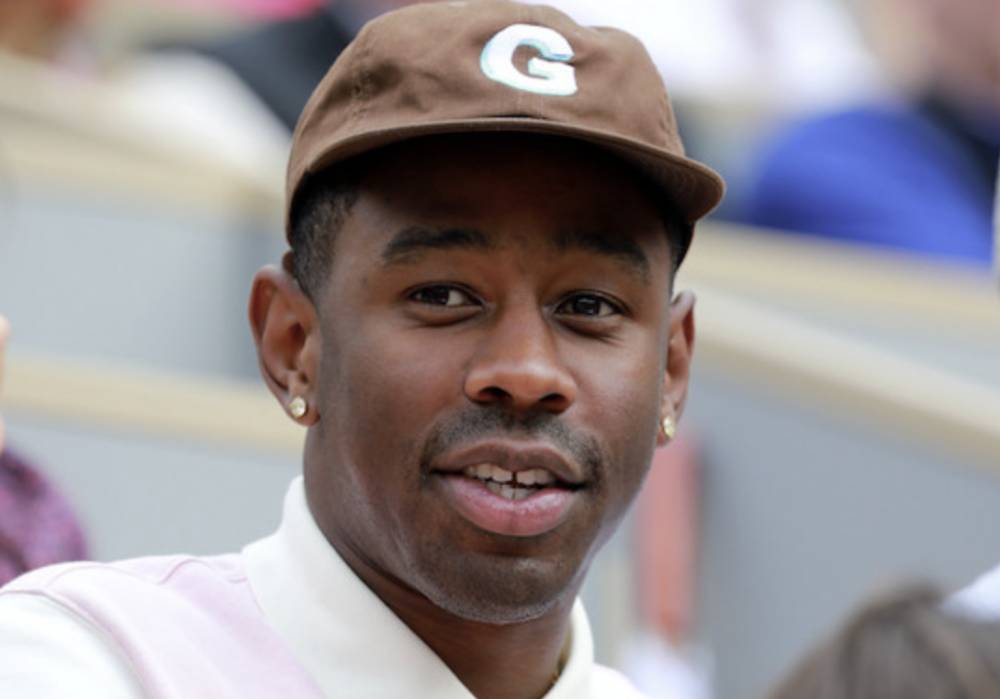 Born as Tyler Gregory Okonma, he is a well-known American rapper, singer, songwriter, record producer, graphic designer and even a fashion designer.

He is credited for creating all the artwork used by the group for their releases. He was also in charge of designing all their clothing and merchandise.

His source of wealth is his career as a rapper, singer, songwriter, record producer, fashion designer, graphic designer and even as a music video director.

Apart from his wealth from rapping, singing and songwriting, he has made a lot of money from his graphic designing and fashion designing talents.

He even started his own clothing company in 2011 called “Golf Wang“.

Tyler the Creator is also known as Tyler Gregory Okonma. He’s from Ladera Heights, California. He was born March 6, 1991.

Tyler never met his father but he’s said to be Nigerian from the Igbo tribe. His mother is of African American and European-Canadian heritage and was the one to raise him.

During his schooling, every year he was in a new school in the Sacramento areas.

When he was 14 he turned to learning to play a musical instrument. He took it upon himself to learn the piano and within a short time he got pretty talented at it.

During his school years he was a rather shy and timid boy. He didn’t gain his popularity until he was in his last high school years.

Before his musical career took off, he had a few entry-level jobs including Starbucks and FedEx. He later decided he wanted to get into the music industry.

2009: Tyler the Creator released his mixtape called “Bastard” which gained popularity quickly. Shortly after, his first album ‘Yonkers’ was released.

Soon after, he gained popularity and found himself performing for different shows and concerts. He was seen on “MTV Awards”, “Jimmy Kimmel Live” and “Late Night with Jimmy Fallon”.

2011: This year brought him to the beginning of his own band called “Odd Future Wolf Gang Kill Them All” or for short, “Odd Future”.

2012: His group found themselves on Adult Swim with a series that aired for 31 episodes.

2015: He announced his third album release called “Cherry Bomb” with following singles that were found on their YouTube channel.

Other big artists including Lil Wayne, Schoolboy Q and Kanye West appeared on his singles.

Tyler finds joy in collecting skateboards as well as bicycles. His music can be found to be anti-religious. He identifies as being an atheist with moments of stating comments that are considered agnostic.

In 2016, Tyler was seen cozying up with Kendall Jenner when later the two broke up these dating rumors.

Later in November his close pal Jaden Smith declared that him and Tyler were a couple. Tyler replied with a witty comment calling Jaden a crazy man.

Once rumors started to slow down, Tyler began focusing on his music again. In May 2019 his music release featured him wearing a long blonde wig, black sunglasses, a multi-colored suit and a grill.