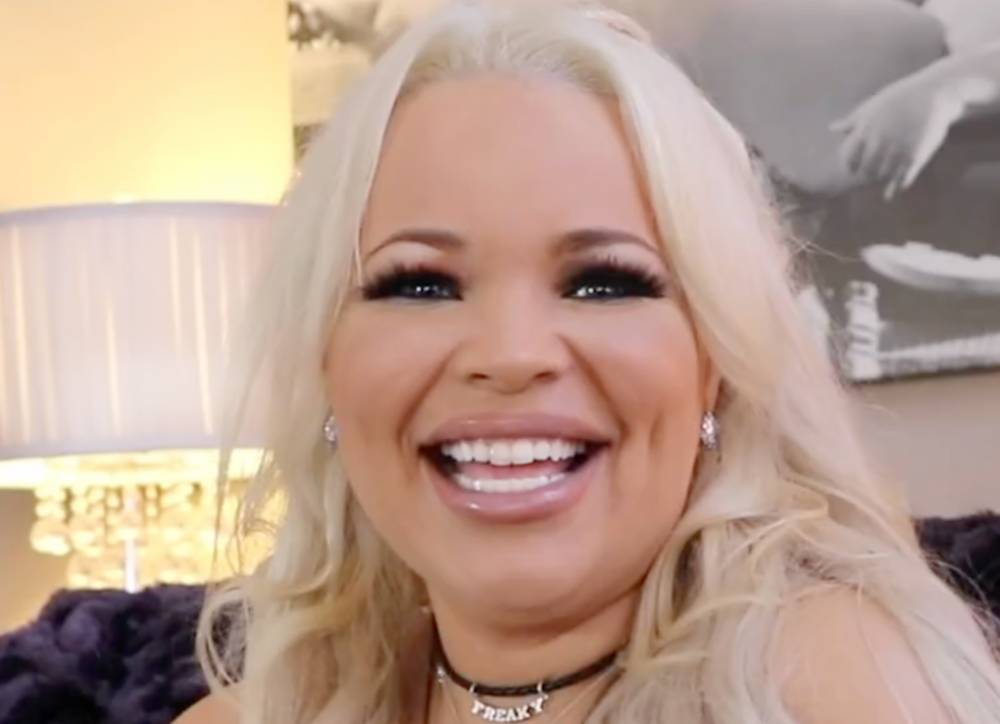 The net worth of Trisha Paytas is estimated to be around $9 million dollars, as at 2022.

Born Trisha Kay Paytas, she is a popular YouTuber and media personality. She is a part-time actress, a model and a songwriter.

She has also appeared on many TV shows and has been featured in some music videos and songs.

Trisha Paytas is a woman of multi-talents and makes money doing many different things. She has also delved into different jobs and businesses that bring her regular income.

The main sources of her wealth include acting, advertising for brands, sales from her skincare products and fragrances.

She also makes money from singing, modeling and even writing.

A lot of the money she makes is from her YouTube videos, thanks to her insanely popular “blndsundoll4mj” YouTube channel which she started many years ago.

To give you an insight into how much she makes, her channel has grown to a staggering 5+ million subscribers as at October, 2019.

Her YouTube videos have also been viewed over 1.5 billion times around the world.

Trisha Paytas was born on the 8th of May 1988. Her birthplace is Riverside California.

She has Hungarian ancestry. Her father is Frank Paytas and her mother is Lenna Paytas. She has a brother and a half-sister named Nick Paytas and Kalli Metz respectively.

Her parents’ marriage failed when Trisha was three years old. She moved with her mother to Rockford, Illinois.

She grew up in Illinois until she was 15 years when she relocated to California to visit her father and brother.

She enrolled in a Catholic online school program. She moved back to Illinois to live with her mother at age 16. She attended Pecatonica High School in Illinois.

She was a cheerleader in the school and graduated when she was 18 years (2006).

She relocated to Los Angeles, California to pursue an acting career.

2006: Trisha Paytas started her career by doing professional lingerie modeling when she moved back to Los Angeles.

She worked as a stripper and an escort for a while to earn money to support herself. She also did a bit of acting on the side, especially as an extra.

She worked and appeared as a correspondent at the daytime talk show “The Greg Behrendt Show” hosted by popular comedian and author Greg Behrendt.

2007: Paytas started a YouTube channel called “blndsundoll4mj“. The channel was dedicated to posting videos about her idol and popular movie director, Quentin Tarantino. By the way, if you didn’t know, Tarantino is one of those directories that seem to love feet as depicted in the many scenes of females displaying their feet in his movies.

After starting her YouTube channel, she soon after started sharing viral videos about fashion, beauty, and relationship advice on the channel.

2008: She made an appearance in the television game show “The Price is Right”.

2009: Trisha Paytas portrayed “Jessica Simpson” in the music video of the song “We Made You” by popular rapper Eminem.

2010: At the Screams Award in 2010, she appeared as a background dancer for rapper M.I.A. She also made appearances on the music videos of songs by artists like Amy Winehouse, Jamey Johnson, and Barbwire.

She appeared as a tanning addict in one episode of the documentary television series “My Strange Addiction”.

Paytas also starred as Marilyn Monroe in the video of “Sleepless in Silverlake”, a song by Les Savy Fav, a New York City indie rock band.

2011: Paytas was rejected after appearing on the episode of “The Millionaire Matchmaker”

2012: She played the role of a stripper in the music video for the song “Beekeeper’s Daughter”. This is a song by the American rock band “The All-American Rejects”

She went on to make and share a lot of trolling videos on the Internet. The reason for this is simply to get more attention to herself.

2013: She appeared on an episode of the Dr. Phil show to discuss the prominence of slut-shaming on social media.

2014: A new YouTube channel called “TrishasLife” is created. It featured personal vlog videos from Trisha. At the same time, she continued posting music-related videos on her main YouTube channel “blndsundoll4mJ”

Most of her personal videos include haul and Mukbang videos. In fact, she was credited for popularizing Mukbang eating challenges as well as “haul” videos online.

Paytas released her first single “Santa Baby”. It was a cover of Earther Kitt’s original Christmas song of 1953. The video of this song was also released in December of this year.

2015: Paytas released a music video as a cover for Elvis Presley’s 1968 song “A Little Less Conversation”. This song was covered in her debut EP “Fat Chicks”, released that year.

She released another EP titled “Superficial Bitch”, and its video. In August of this year, the video of “Leonardo DiCaprio”, one of the songs on the EP, was made.

2016: She released three EPs titled “Daddy Issues”, “Showtime” and “Warriors”. These EPs were released in June, September, and December respectively.

“Daddy Issues” peaked at number 25 on the Heatseekers Albums chart. It was her first EP to actually appear on the Billboards chart.

She appeared as an “imposter” in the television panel game show “To Tell the Truth”. In the episode, Stand-up comedian Brooks Wheelan was a guest panelist.

2017: “Chicken Fingers and Lipo” was released. This became the sixth EP released by this Paytas.

She became a housemate and made money in the reality TV show “Celebrity Big Brother 20“, however, she left just after only 11 days in a controversial circumstance.

2018: She released her seventh EP titled “Chicken Fingers and Heartbreak” in November of this year.

2019: Paytas released her eighth EP titled “Songs from My Kitchen Floor”. She also embarked on her first tour “The Heartbreak Tour”.

She appeared in “The Zach Slang Show” and also became a participant in the “The Reality House” – a YouTube web series.

Trisha Paytas is not yet married. However, she has been on and off relationships with different men.

The list of men she dated includes fellow YouTuber Jason Nash whom she started dating in 2017. The duo separated in February 2019.

She is a supporter of the Republican Party and considers herself as devout Roman Catholic.