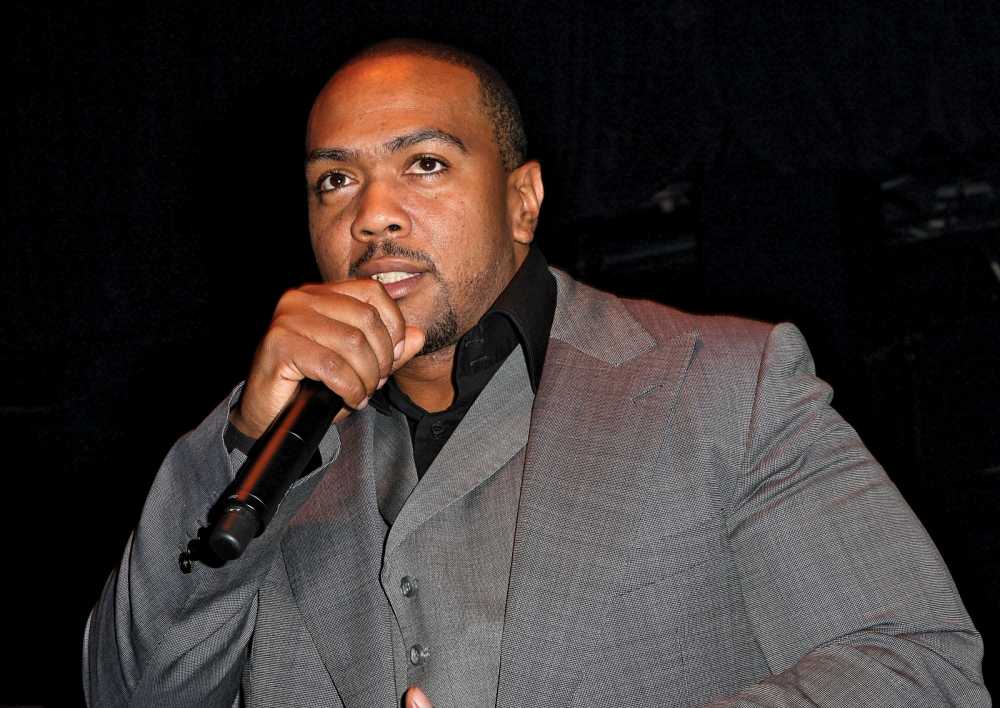 He is famous for producing some of the best hit songs and albums for many of the world’s top artists like Missy Elliott, Justin Timberlake, LL Cool J, Xzibit, Fatman Scoop, Busta Rhymes, The Pussycat Dolls, Jay Z, Beyoncé and even Madonna.

It’s not surprising that under three decades he has made so much money in his musical career.

Timbaland’s source of wealth is mostly from his musical career, spanning over three decades.

He has also made a lot of money from producing songs for a lot of the top and the most promising artists.

His personal songs and albums bring in money just as the various collaborations with other artists.

He also makes money as a songwriter and record producer, thanks to producing for big names like Missy Elliott, LL Cool J, Xzibit, Fatman Scoop, Busta Rhymes, The Pussycat Dolls, Jay Z, Beyoncé and even Madonna.

Also See: How You Can Get Paid To Listen (and Rate) Songs You Love!

Timbaland is the stage name for this artist whose real name is Timothy Zachary Mosley. He was born on the 10th of March, 1972. His birthplace is in Norfolk, Virginia.

His parents are Garland and Latrice Mosley. The father, Garland was an Amtrak employee. His mother, Latrice, ran a homeless shelter.

He has a younger brother named Sebastian. He also has a sister named Courtney Rashon. She is from New Jersey and makes money as a makeup artist and as an author.

He worked at a local bar at night where he was accidentally shot by a co-worker.

He joined a production group known as S.B.I (which stood for Surrounded by Idiots).

1994: Timbaland started his production career for R&B artists. He produced a few songs for the groups Jodeci and Sista.

1996: His breakthrough in music production came when he produced the albums “One in a million” and “Ginuwine…the Bachelor”. These are the second album of Aaliyah and the debut album of Ginuwine respectively.

The production that made his mainstream breakthrough includes hit songs like “If Your Girl Only Knew” by Aaliyah and “Pony” by Ginuwine.

He also included some bit of hip-pop in the R&B sound he produces.

Timbaland and his partner Magoo released his first studio album titled “Welcome to Our World”. The album had a hip-hop theme.

In the 1990s he also produced songs for high profiled artistes Jay-Z, Nas, and The LOX.

He also produced significant albums for artists like Xscape, Nicole, Playa, and Total.

It is important to be reminded that he remixed Usher’s major hit “You Make Me Wanna“.

2000: He produced songs for top artists like Ludacris, Jay-Z, Petey Pablo, and Beck’s.

Timbaland also contributed the following songs to the third studio album of Aaliyah: “We Need a Resolution”, “More than a Woman” and “I Care 4 U”.

2001: “Indecent Proposal”, the second album of Timbaland and Magoo was released in December 2001.

The song featured various artists like Aaliyah, Beck, Ms. Jade, Sebastian (Timbaland’s brother), Kiley Dean, Petey Pablo, and Tweet. However, despite the array of artists, the album was a commercial failure.

2003: In the debut album of Tweet titled “Southern Hummingbird”, he contributed three songs. He also produced the fourth and fifth LPs of Missy Elliot titled “Under Construction” and “This Is Not a Test!”

He helped produced “Deliverance” and “Under Construction, Part II”. These were the second album and the third for Timbaland & Magoo.

2004: He produced singles for the following big artists – LL Cool J, Xzibit, Fatman Scoop, and Jay Z. He also produced most of the tracks in Brandy’s fourth album “Afrodisiac”.

2007: He produced some songs in Björk’s 2007 album titled “Volta”. He also worked on the “Red Carpet Massacre”, an album by Duran Duran. In the same year, he also produced a song for artists like for Bone Thugs-n-Harmony and 50 Cent.

He also produced the award-winning song “Believe” by Dima Bilan for the Russian entry into the “Eurovision Song Contest 2008”.

He also produced a couple of songs to help raise HIV/AIDS awareness among urban youth and to advocate safe sex.

2009: “Morning after Dark” which was the lead song from Timbaland’s third studio album premiered in October 2009. It became popular and peaked at number 10 at Billboard Hot 100.

2010: An APB or a “possible suicide attempt” was put out for Timbaland. This followed after his home was burgled and he could not be located by his family.

After he was found by the police, Timbaland declared that he was only taking time out to think who could possibly be the close person that conspired to burgle his home.

2011: Timbaland launched his “Timbaland Thursdays free music initiative. He planned to release a new song every Thursday. This is similar to the initiatives put in place by Kanye West in G.O.O.D Fridays and Swizz Beatz in Monster Mondays.

The first free music he released was “Take Ur Clothes Off”. This song featured Missy Elliot. However, this initiative was stopped in early 2011.

“Pass at Me”, the first official lead single his third studio album titled “Shock Value” was released in September.

Also in the same year, Timbaland collaborated with different artists to produce their songs and album. Some of these artists include T.I., AGNEZ MO, Missy Elliot, Beyoncé, Drake, Kat Dahlia, and Jay-Z.

2015: Timbaland received production credit for his involvement with the musical score of Lee Daniels and Danny Strong’s Television Series “Empire”.

Even though Timbaland is very well known for his music production and collaboration, he chooses to live a private life as not much is known about his relationship or dating life.

He has faced some legal challenges that involve plagiarism and copyright issues. Most of the cases were later settled with compensations.