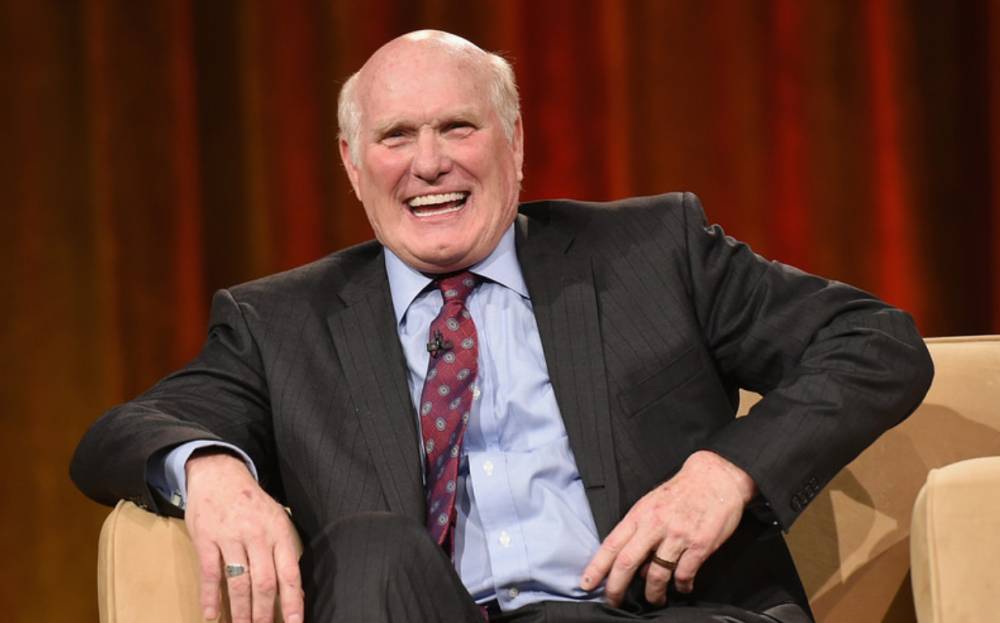 Terry Bradshaw’s net worth is estimated to be around $50 million dollars, as of 2023.

Born Terry Paxton Bradshaw on the 2nd of September 1948, he is the very popular former NFL Hall of Famer who made an impressive career in American football.

During his days, he won four Super Bowl Championship with the Pittsburgh Steelers. He was also named the 1978 NFL Most Valuable Player and the “Sports Illustrated” Sportsman of the Year in 1979.

Bradshaw has received many accolades and his celebrity status easily draws attention to his fortune.

A large part of his fortune was accumulated from the money he made during his professional football playing years.

His net worth as of today can increase even though he has retired, thanks to now working as a sports commentator receiving an impressive salary of at least $2 million yearly.

Terry Bradshaw’s main source of wealth came from his earnings as an NFL player.

Even though now retired he is still making money as a sports analyst, sports consultant, commentator and voice actor.

Since his retirement, Bradshaw has been having a yearly increase in his earnings especially as a TV analyst.

Additional income source for Bradshaw include sales of his country music and gospel albums.

He’s also one of the celebrities making money from writing and earns residual income from his books.

Terry Bradshaw was born in Shreveport, Louisiana, US. He was born on the 2nd of September, 1948.

His father was William Marvin “Bill” Bradshaw (1927–2014) and Terry’s mother is Novis (née Gay; born 1929). His father was a US Navy veteran and also a Southern Baptist Layman.

He has a younger brother named Craig.

He attended Woodlawn High School in Shreveport, Louisana. He played football for the school team.

From early childhood, Bradshaw was instilled with the work ethic of his family. He would later apply this work ethic to his football career.

He played under assistant coach A. L. Williams, and led the Knights to the AAA state championship game in 1965, but lost 12–9 to the Sulphur Golden Tornadoes.

Another sport that he participated in while in high school was the Javelin. He set a national record for throwing the javelin at 245 feet (74.6m).

For this achievement, he was featured in the “Sports Illustrated” magazine’s “Faces in The Crowd”.

After high school, he attended Louisiana Tech University and played for the University team.

1966 – 1969: Terry Bradshaw started playing football in college. In 1966, he attended Louisiana Tech University in Ruston. He was drafted as a quarterback behind Phil “Roxie” Robertson.

Bradshaw would later start for the Tech in 1969 after Robertson decided not to play. His talent would soon attract professional scouts to be the most outstanding college football playing in the US.

In the National Collegiate Athletic Association (NCAA), Bradshaw was ranked number one as he amassed 2,890 total yards.

His record as a college football player would not be complete without mentioning that he led his team to a 9–2 record and a 33–13 win over Akron in the Rice Bowl.

Bradshaw owned the passing records of all time at the Louisiana Tech University.

1970 – 1983: Following his graduation from college, Bradshaw decided to play professional football. In 1970, he was selected to play for the Pittsburgh Steelers at the 1970 NFL Draft.

He was made a starter in his second season and made many interceptions as a quarterback.

He gradually fit into the Steelers team and led them to eight AFC Central Championships as well as four Super Bowl Titles.

He played and made an impact in the years that followed. However, his most outstanding year came in 1978 when he was named NFL’s Most Valuable Player by the Associated Press.

This followed his completion of a season where completed 207 of 368 passes for 2,915 yards and a league-leading 28 touchdown passes.

He was also named “All-Pro” and All-AFC in 1978 despite throwing 20 interceptions.

In 1979, he was Sports Illustrated Sportsman of the Year.

After the 1983 season, Bradshaw retired from professional football on July 24, 1984.

1984 – Present: Following his retirement from football, Bradshaw featured in many TV programs. Some of these include:

Bradshaw also has many other business interests. He received a star on the Hollywood Walk of Fame, the first and only NFL player (as of May 31, 2008) to do so.

Bradshaw has been married four times. His first marriage was with Melissa Babish in 1972. They divorced in 1973.

He has two daughters, Rachel and Erin, from his third marriage with family attorney Charla Hopkins.

His daughter Rachel is a graduate of Belmont University in Nashville, Tennessee. She was married to former Tennesse Titans kicker Rob Bironas who died in a car crash on September 20, 2014.

Erin Bradshaw is an honors graduate of the University of North Texas in Denton, Texas.

Bradshaw has been hosting television shows produced by United States Media Television since 2010.

On October 11, 2001, Bradshaw received a star on the Hollywood Walk of Fame. He is the first NFL player to do so.

Bradshaw is a He is also a devout Christian. He wrote the book “Terry Bradshaw: Man of Steel” with broadcaster Dave Diles.