This article comprehensively explains the Tall Poppy syndrome. It also looks at some of the the potential toxic effects of this syndrome.

In years gone by the workplace and workforce were generally dominated by men.

During World War II and afterward, the reality of the power of women in the workplace was apparent as women took their place in the workforce in substitution for the men fighting against oppressive nations and ideologies.

Women showed their prowess in the workplace by taking factory jobs as demonstrated by the marketing campaign highlighting Rosie the riveter.

Women also proved themselves more than capable as each aspect and segment of the workforce began to see women shattering various glass ceilings and becoming an important part of the employment landscape.

However, there still lingers in segments of our civilization individuals and business environments that do not recognize the full equality of women and minorities and do not utilize the individual and engage their full potential.

Such a syndrome that fully demonstrates this bias is known as the Tall Poppy Syndrome.

This term, commonly used in the British Commonwealth and specifically Australia and its effects on Canadian women is fully on display in these countries.

In essence, the Tall Poppy Syndrome is an expression embraced particularly in Australia.

The syndrome reflects the idea and anticipation that poppies should all be at the same height as they grow together.

However, if one poppy outgrows the other poppies it is cut down to size at the same growth level as the other flowers.

Consequently, the same idea is incorporated into the workplace in that women are undermined or negated in the workplace if they excelled and their success and achievements outgrew leadership or those in management positions.

In essence, if their work efforts and successes outdistanced those in supervisory roles they were cut down to size.

This was accomplished by minimizing their work, not acknowledging their achievements, and certainly not rewarding their accomplishments.

Although not familiar with the Tall Poppy Syndrome phrase, I found the reality to be on full display in the American business world.

On one occasion, I worked with an extremely talented, educated, and consummate professional in my role within middle management. This individual just happened to be a woman who was both tall in stature and very tall in capability.

While observing others’ interaction with her, it appeared that her professionalism and actual height were intimidating for both men and women.

Consequently, a number of the reactions and responses to this professional by both men and women was negative.

Unbecoming words such as her being an Amazon or a phrase attributed to her such as Xena the warrior was uncalled for.

Thinking that needed to be challenged.

If a company embraces this syndrome, whether deliberately or subtly, many toxic effects are created in the workforce.

Therefore, to identify the negativity of this atmosphere, it is important to delve deeper into the ramifications that this syndrome can create on the business, on employees, on those in particular who are affected, and the blinded leadership.

There are many victims left in the wake of Tall Poppy Syndrome.

The first victim is the individual who has educated themselves, worked hard, and distinguished their efforts through success and advancement of the business and service to the client.

The damage to their motivation and desire to work hard for the company and the team is severely compromised when there are no rewards provided.

Some of those rewards could be bonuses, pay raises, promotions, or just simply recognition of the hard work that they performed.

Consequently, when there are no indicators or expressions of appreciation by those that she works with and for, the attitude of “what’s the sense of doing all of this and not being recognized” can be the stark reality.

Granted, often employees work hard and go about their job diligently just because it is simply part of the expectations.

Or, if an employee excels and is not recognized due to their gender or ethnicity, this has negative ramifications on future work provided. 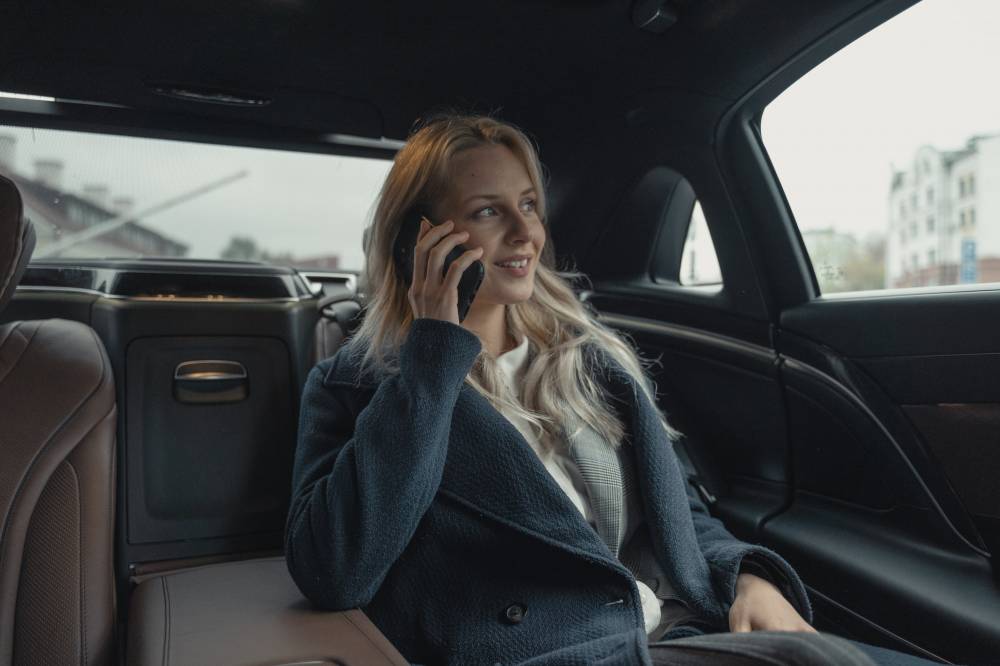 It is also important to remember that any team effort or any work environment is only as strong as its weakest link.

Certainly, therefore, if coworkers see that an individual is excelling in their job and endeavors to lift the business productivity to an advanced level and is not recognized, this will also have adverse effects on the entire team.

It stands to reason that if a teammate worked hard and is not acknowledged for all of their hard work then why should the other team try to excel in their job when they can just get by doing what needs to be done.

The coworkers are not blind and take note of what happens and doesn’t happen to those who work alongside them.

Also See: Save Money Live Better and Avoiding the Crabs in a Bucket Mentality.

When it comes to a known or entity being heard within the company through TPS, the expression that comes to mind is shooting oneself in the foot.

This is because management is dependent upon the performance of its employees to not only produce quality work but have that work equally to increase revenues.

When the company is operating on all eight cylinders, business is good, the customer is satisfied and the management team is generally recognized for their productivity and sterling service.

Therefore, if the TPS syndrome is actively engaged within the business environment there will be a proportionate decrease in the morale amongst the employees which will affect their work productivity.

Consequently, if the team is disgruntled and feels unappreciated, this attitude and perception will permeate the business environment and even actually affect the business’s bottom line and relationship with current customers as well as potential customers.

In essence, the Tall Poppy Syndrome may at first be beneficial to management and the employment team.

However, the reality and poison of this syndrome will eventually catch up to the working environment and create destruction.

This destruction will not only decay the company’s morale but will also deter freethinking and imagination because there are no benefits to those who may think outside the box and excel.

If you have ever been a victim or observed someone who is victimized by TPS, it is first of all important to know that the individual is not the one that is at fault or has created the negative response.

Nothing could be further from the truth.

The negative response is a reflection of the issues of the individual who is responding in such a manner.

Generally, TPS is triggered by the individual who themselves are having feelings of being personally insecure, their employment position, and feeling threatened by other’s success rather than rejoicing in the partnership.

Coworkers and members of management who inflict the TPS on other people are giving into the base negative human emotions of jealousy and anger.

Consequently, if a victim of this syndrome it is important to practice certain behavioral non-retaliatory actions.

The first response, although it may prove to be difficult, is to show empathy for these individuals who try to demean others.

The issue is with them not you and an empathetic heart will try to understand.

The next important action is to make sure that even though often we are told to turn the other cheek, this does not permit others to use us as a punching bag or a mat to continually walk over.

The other important action is not to allow this syndrome to affect you and your work performance and job motivation.

To the best of your ability, it is important to continue providing excellent job performance knowing that your integrity, in doing so, is intact.

Additional positive actions, to take, if the victim of this syndrome, is to surround yourself with a support group, and to rise above the pettiness of other individuals.

Rising above the fray and negativity will be a tribute to your character and most likely will vindicate you as to your sterling valuableness in the workplace.

Conclusion: Pulling the Rope Together

While serving in the United States Navy, one of the exercise regimens that were part of our boot camp experience was to participate in the event known as tug-of-war.

Of course, the idea was to pull the first person at the leading edge of the thick rope over the line that was drawn in the middle of the competition area.

The event proved to be exhausting and exhilarating and was part of our conditioning process.

As we became more skilled at this event we realized the importance of working together as a team and ultimately formed the crew that the company commanders wanted us to incorporate in our mental training.

So it is in the business workforce.

If the team members or associates do not pull or work together or have each other’s interests in mind, they will soon be drawn across the middle line and experience defeat.

However, if each of the members of the tugging team pulls together and watches out for each other, there are no limits as to the success that can be achieved.

In a recent survey conducted in Canada, 1,501 individual female workers were surveyed across a varied swath of workplaces.

Of the 1,501 workers, 87.3% responded that they were victims of TPS. This victimization came from both their coworkers as well as those in management positions.

An astounding 81% of those polled indicated that because of their success they were penalized and not rewarded for these outstanding efforts.

It seems that the Tall Poppy syndrome is in direct antithesis to teamwork.

This assertion is further reflected in the survey in that as a result of the backbiting and undercutting of their coworkers, 69.2% no longer trusted their coworkers.

Adding to the negative impact and further indicating the downside of this syndrome is that 59.2% of the respondents no longer felt engaged in giving their utmost towards their work.

Additionally, the impact on the productivity of these workers was that 69% felt that their efforts were not appreciated, and therefore further product productivity was diminished.

The beauty of a business that not only talks about teamwork but demonstrates teamwork will celebrate individual excellence.

When one team member excels then all team members excel and that excellence should be celebrated.

Change Can Start With You

Being a tall poppy is nothing to be ashamed of nor should it be deemed as a negative experience in your life.

Continue to excel in both the workplace and in your personal life. It is important to stand up to those who would cut you down by not recognizing who you are and not recognizing the amazing accomplishments that you do in life.

Your boldness and courage will be an inspiration to others in the workplace.

However, most importantly of all, your stature as an individual and person of character will speak loudly to those who will derive benefits from your influence both within the family and outside of the family structure.

Are you a tall Poppy? Be grateful!

The business world and the world, in general, need more tall poppies that are willing to stand tall, not bend nor allow for negativity to be part of who they are as God’s creation.

Don’t allow others to compromise your stature by cutting you down to their level.