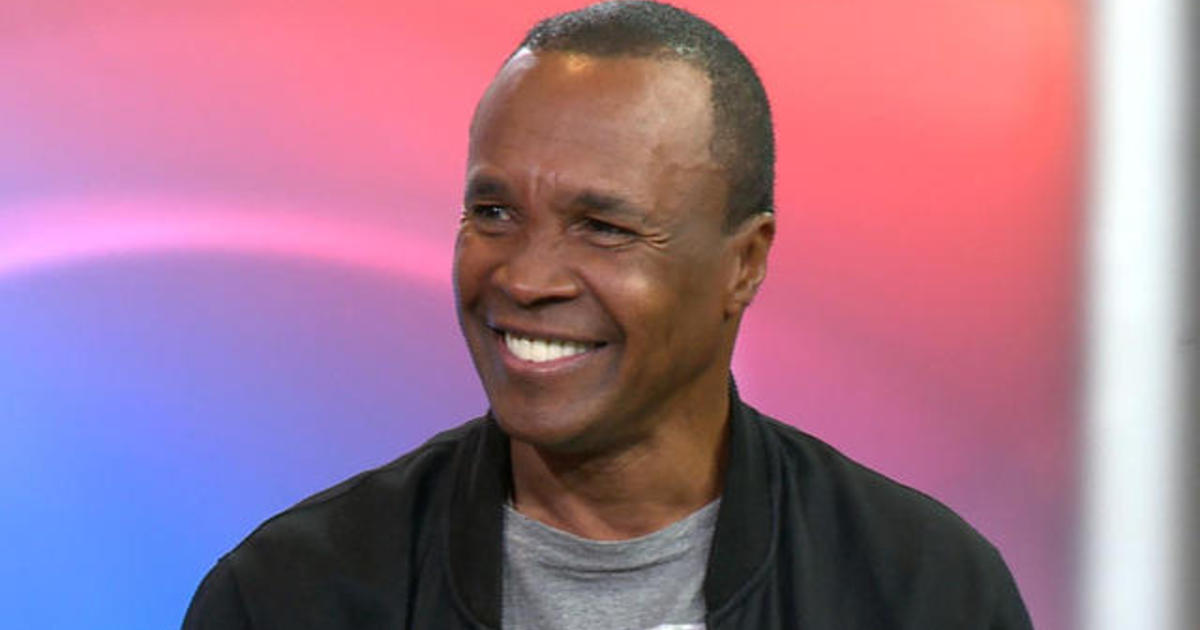 Sugar Ray Leonard’s net worth is estimated to be around $120 million dollars, as of 2020.

Born Ray Charles Leonard, he was the first boxer in history to earn over $100 million dollars in purses. That’s probably why he was named “Boxer of the Decade” in his heydays in the 1980s.

He won 36 out of 40 professional fights in his competing days.

Sugar was definitely one of the best and greatest boxers ever. That’s why it’s not surprising he made so much money.

Sugar Ray Leonard’s main source of wealth was his earnings during his long and successful professional boxing career.

Although he has since retired from professional boxing, he is still making money on television as an analyst, as well as an occasional actor and a motivational speaker.

He also makes money from sponsorship and commercial endorsements.

Sugar Ray Leonard was born on the 17th of May, 1956. He was born in Wilmington, North Carolina.

His father Cicero Leonard was a supermarket night manager, while his mother, Getha Leonard worked as a nurse. Ray has an older brother called Roger Leonard.

The Leonard family moved from North Carolina to Washington DC when Ray was three years old. When he was 10 years old, the family moved to settle permanently in Palmer Park, Maryland.

Ray read comic books a lot as a kid and played with his dogs. He was the kind of kid that loved staying at home.

1969: Sugar Ray Leonard was introduced to boxing by his older brother Roger. The older Leonard was already a boxer and instrumental in setting up a team of boxers and trainers at the Palmer Park Recreation Center.

At the time, a former boxer named Dave Jacobs, and Janks Morton volunteered to become the boxing trainers.

After Roger won a few boxing trophies, Sugar Ray was inspired to start and get serious with boxing as a full career.

1972: Sugar Ray competed in the Amateur Athletic Union (AAU) Tournament. He also competed in the Featherweight division and was defeated by Jerome Artis in the quarterfinals. This was his first career defeat as an amateur boxer.

He lied about his age and at 16 he boxed in the lightweight division at the Eastern Olympic Trials even though the rule stipulated that participants must be seventeen.

His boxing style impressed many people including Sarge Johnson, assistant coach of the US Olympic Boxing Team.

Johnson said to Ray’s trainer at the time Dave Jacobs, “That Kid you got is sweet as sugar”.

His style of boxing was compared to that of “Sugar Ray Robinson” whom many considered the best boxer of all time.

Put together the words of Sarge Johnson and his style of boxing, Ray’s nickname “Sugar Ray” stuck.

1973: Sugar Ray boxed in National Golden Gloves Lightweight Championship. He won the championship but lost to Randy Shields in the final of the lightweight category of the National AAU Tournament.

He also competed and won the championships in the Light Welterweight category.

He lost to Anatoli Kamenev by a disputed division in Moscow.

In Poland, he fought Kazimierz Szczerba and dominated the fight in the three rounds. However, a decision victory was given to Szczerba. These defeats were the last he experienced in amateur boxing career years.

1976: In the 1976 Olympic Games held Montreal, Canada, he made the United States boxing team. He won gold after defeating Andrés Aldama of Cuba in the Light Welterweight category.

This marked the end of his amateur boxing career. His record was 165–5 and 75 KOs.

1977: After winning the 1976 Olympic Gold, Sugar had considered going back to school to study Business Administration and communication at the University. He was granted a scholarship to the University of Maryland to fulfill his dreams. The scholarship was a gift from people of Glenarden, Maryland.

Unfortunately, Ray could not fulfill his dreams because he failed to get lucrative endorsements following his gold medal win. He was also faced with paternity suit for the son to him by Juanita Wilkinson – his high school girlfriend.

More so, he was faced with financial challenges to care for his father and mother who suffered meningitis and heart attack respectively.

The above circumstances prompted Sugar Ray to go into professional boxing.

His first professional debut fight was against Luis “The Bull” Vega. He defeated Vega in a six-round unanimous decision. The fight pulled a crowd slightly above 10,000 at the Civic Center in Baltimore. Sugar Ray earned thousands of dollars (about $40,044) for the fight.

From the earning, he paid back a $21,000 loan to investors who had underwritten his career.

1978: He defeated the seventeenth world-ranked opponent at the time, Floyd Mayweather. The defeat was a knock-out in the tenth-round.

Sugar also defeated Randy Shields by a unanimous decision in the ten-round. Shields had defeated Leonard in the lightweight final of the National AAU Tournament.

1979: Sugar Ray Leonard won the NABF Welterweight Championship. He defeated Pete Ranzany in the fourth round by a knockout. Later on in the year, he also defended his title against Andy Price via a knock-out in the first round.

In November of this year, Sugar Ray fought Wilfred Benitez for the WBC Welterweight Championship. The bout took place at Caesars’ Palace in Las Vegas, Nevada.

Sugar Ray received $1 million dollars and Benitez received $1.3 million because he was a two-division champion with an impressive boxing record of 38 wins, 0 lost and 1 draw.

It was a hard and highly competitive fight for both the boxers. Late in round fifteen Sugar Ray dropped Benitez with a left. Benitez got up but the referee had to stop the fight and Sugar Ray became the WBC Welterweight Champion.

This match earned Leonard the title of “Fighter of the Year” 1979 by the Boxing Writers Association of America and the popular boxing magazine “The Ring”.

1980: In March, he had to defend the title he won the previous year. He had to face the British challenger named Dave “Boy” Green. Sugar Ray easily knocked out Green in the fourth round to retain his WBC Welterweight championship belt. The fight took place in Landover, Maryland.

In June, Sugar Ray defended his title against a formidable opponent the Panama Roberto Duran. Before the match, Duran was considered the ‘undisputed world lightweight champion for 6 1/2 years. He was also considered the best “pound for pound” fighter in the world.

The match was fought in Montreal, Canada with a capacity of a crowd of 46,317. Leonard received $9 million for the match while Duran received $1.5 million.

At the end of the match titled “Brawl in Montreal”, Duran was awarded a unanimous decision. Sugar Ray lost his Welterweight title to the Panamanian.

In November, Leonardo won the rematch with Roberto Duran via technical knockout in round eight.

1981: Leonardo defended his title against Larry Bonds in Syracuse New York. Bond was the WBC sixth-ranked contender at the time. Sugar Ray dropped Bond in the fourth and tenth round before the referee stopped the fight.

In June of 1981, Sugar Ray’s next opponent was Ayube Kalule. Kalule was the WBA Light Middleweight Champion for two years. Leonard was already moved up to the junior middleweight division.

During the eighth and ninth rounds, Leonard dropped Kalule with a flurry of punches.

In September, at Caesars Palace in Las Vegas, a Unification match of the World Welterweight Championship (WBC and WBA) was fixed between Sugar Ray Leonard and Thomas Hearns. The match was promoted as “The Showdown”.

The fight was stopped in the fourteenth round by the referee. Leonard won on points and became the Unified World Welterweight Championship.

1982: Sugar beat Bruce Finch to defend the Unified title. He stopped Finch in the third round via a knockout. In May, he underwent surgery to repair his retina. An earlier match scheduled with Roger Stafford in Buffalo, New York was canceled.

In November of 1982, he announced his retirement.

1983: After a year away from boxing, he announced that he was returning to the ring. He was criticized for taking unnecessary risks with his surgically repaired eye.

1984: He fought Kevin Howard in Massachusetts. In round four, Howard knocked him down but he stopped Howard in the ninth round. Sugar Ray announced his retirement again at the post-match conference.

1986: On a Washington, D.C. talk show, Leonard announced he was coming out of retirement again. This was inspired by this desire to beat Mavin Hagler, the Undisputed World Middleweight Champion.

This announcement also generated a lot of controversies especially as with regards to the inactivity of his eyes.

Hagler agreed to the fight and it was promoted as “The Super Fight” and “The King of the Ring”. The fight was scheduled for April 6, 1987.

1987: He won Haggler in the fight the was named “Fight of the Year” and “Upset of the Year” by The Ring. The Leonard was awarded a controversial split-decision. He declined a rematch from Haggler and announced another retirement.

1988: Haggler retired formally from professional boxing in June and Sugar Ray announced another comeback a month after.

1989: In a rematch promoted as the “War” with Thomas Hearns, Sugar Ray Leonard defended his WBC Super Middleweight Championship.

In December, he also defended his title against Roberto Durán. The match was boring and some fans left before the final decision was called.

However, it was a match in which Sugar Ray suffered cuts on his right and left eyes, as well as on his lower lips.

1990: Leonard retired from boxing once again. He relinquished the WBC Super Middleweight Championship.

Both Haggler and Hearns were offered a rematch but they declined. Haggler stayed retired while Hearns could no longer make the weight and have to move up to the Light heavyweight division.

Leonard was well beaten by Norris. He lost the title by a lopsided decision and announced his retirement once again.

1996: Leonard comes out of retirement at age 40. He challenged Hector Camacho who was 34 for the International Boxing Council (IBC) Middleweight Championship.

1997: The fight with Camacho took place on the 1st of March, 1997 in Atlantic City, New Jersey. The fight was won by Camacho by a knockout in the fifth round.

This happened to be his last fight even though he made a comeback to fight Tony Menefee in February of the next year. 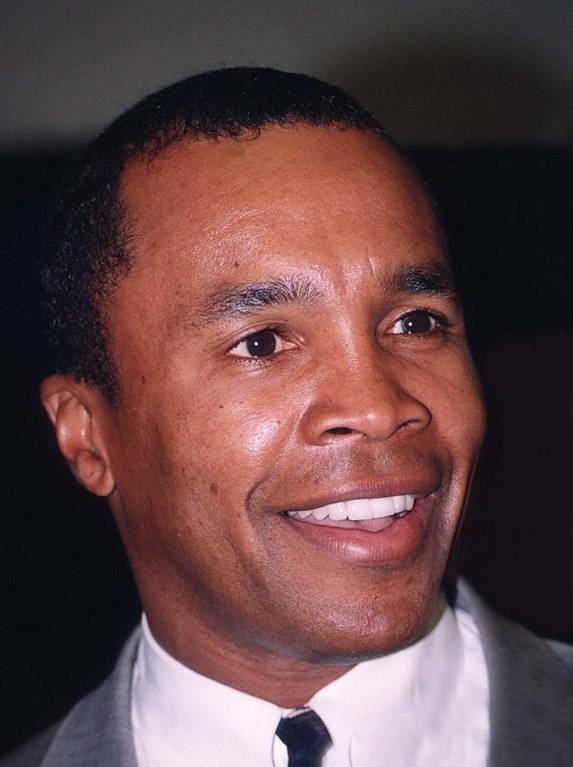 Following his final retirement from professional boxing, Sugar Ray worked with many media organizations as a pundit. He also became an actor. He appeared in many films and TV series.

Examples include “Half & Half”, “L.A. Heat”, “Married… with Children”, “Renegade and Tales from the Crypt”.

Other movies he has made money from and TV series include “I Spy”, “The Fighter” and Dancing with the Stars.

Sugar Ray has also got many brand endorsements from top multinational companies.

He married Juanita Wilkinson, in January 1980. They had two sons together Ray Jr. and Jarrell.

Leonard and Wilkinson were divorced in 1990.

He started a relationship with Bernadette Robi in 1989. Both got married in August 1993.

He loves charity work and has been the International Chairman of the Juvenile Diabetes Research Foundation’s Walk for a Cure. He is actively involved in raising both awareness and funds.

He is an advocate against child molestation.