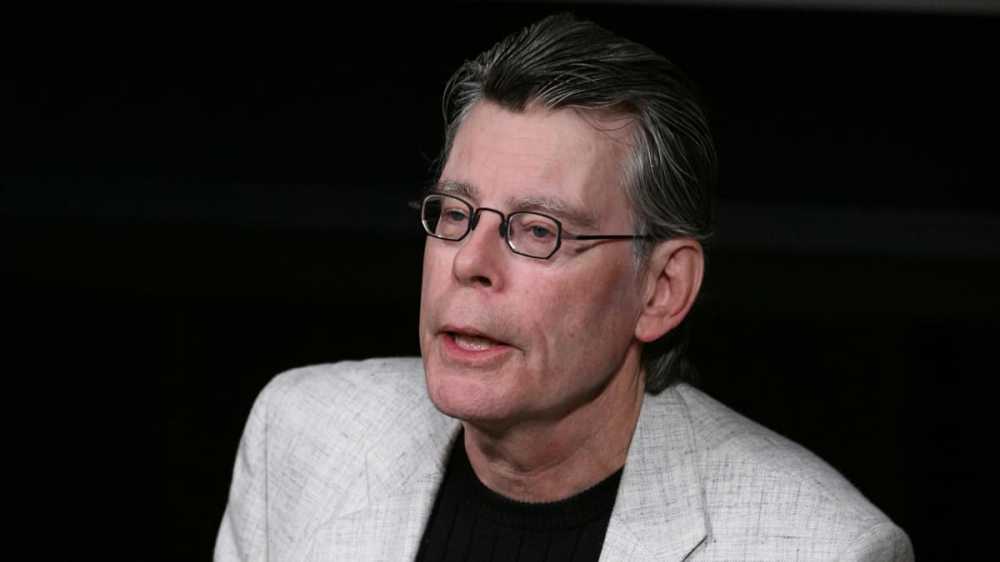 He has been able to amass such a staggering net worth, thanks to the massive success of his many bestselling books.

He specializes writing around genres such as horror, fantasy and suspense. Many call him the “King of Horror” because of the successes of his numerous horror novels.

King is a recipient of many awards and most of his books have been adapted into films and Television series.

His main source of wealth is the royalties he receives from the sale of millions of copies of his published books.

These include his earnings from published novels, short stories, collections and other publications like non-fiction.

Stephen King, without any doubts, one of the richest authors around… and he continues making a lot of money every single day with more of his books sold around the world.

He also makes money when his books are adapted into films, plays, and television shows.

He’s a really great example of someone who has made a lot of money doing what he loves doing – writing. If you also want to make money doing what you love, below are some completely FREE articles right here on Kingged.com that can help:

Stephen King’s full name is Stephen Edwin King. He was born on the 21st of September, 1947. His birthplace is in Portland, Maine.

His father was Donald Edwin King and his mother Nellie Ruth.

His father was a merchant seaman who left the family when Stephen was two years old.

Stephen has an older brother named David. His mother raised both of her children after his father left.

The family had to move around to places like Wisconsin, Indiana, and Connecticut to survive.

The family returned to Maine so his mother could care for her parents. His mother also worked as a caregiver in a local residential facility for the mentally challenged.

He later enrolled and studied at the University of Maine and graduated with a Bachelor of Arts degree in English.

While in school, King started showing interest in writing. He contributed articles to a newspaper that his brother published and called “Dave’s Rag”.

1974: “Carrie” was his first novel to be published. Before this time, he had written three other novels. The novel was written as a short story meant to be sent to the Cavalier magazine but with advice and encouragement from his wife, he turned it into a novel.

It was accepted by the Doubleday publishing house. King was paid $2,500 in advance and the New American Library bought the paperback rights for $400,000.

“Carrie” was later adapted into a horror film in 1976.

1977: Even though King lost his mother he was still able to write and publish “The Shining” while living with his family in Boulder, Colorado. Another of King’s book published this year was the “Rage“.

1978: “The Stand” was King’s fourth novel published by Doubleday publishers.

1979: Under the pseudonym Richard Bachman, King published “The Long Walk”.  He also published the novel “The Dead Zone” the same year.

1980: The novel “Firestarter” was written by King and published by the Viking Press.

1982: King published “The Running Man” under Signet Books and used the pseudonym of Richard Bachman.

He started publishing the first edition of the “Dark Tower series” titled. “The Dark Tower: The Gunslinger”. The publisher was Grant publishing house.

This year, King published “Different Seasons” which is a collection of four novellas. This collection was later adapted into some Hollywood movies.

1983: His novel “Christine” was published at Viking Press. “Pet Sematary” and “Cycle of the Werewolf” were other works published this year.

1984: King published three books this year; they include “The Talisman” and “The Eyes of the Dragon” under Viking Press, and “Thinner” under the pseudonym Richard Bachman.

1987: “The Dark Tower II: The Drawing of the Three”, “Misery” and “The Tommyknockers” were the books published by King this year. For his work on “Misery”, he won the Bram Stoker Award.

1988: He published the nonfiction “Nightmares in the Sky”

Others were: “Rose Madder”, “The Green Mile”, “Desperation”, “The Regulators”, “The Dark Tower IV: Wizard and Glass”,  “Bag of Bones” and “The Girl Who Loved Tom Gordon”

By the way, if you are looking for tips on how to make money quickly yet legitimately, check out the following completely free articles published right here on Kingged:

Most (if not all) of the tips in each of the above articles don’t require you spending any money. You can read and even take action on them for free.

2000 – 2010: A list of the books he published during this period include “On Writing: A Memoir of the Craft”, “Secret Windows: Essays and Fiction on the Craft of Writing”,  “Dreamcatcher”, “Black House”, “From a Buick 8” and “The Dark Tower V: Wolves of the Calla”.

Stephen King has been married to Tabitha Spruce since 1971. His wife is also an author and a philanthropist.

The couple have three children together – one daughter and two sons.

Their daughter, Naomi, is a lesbian and a Unitarian Universalist Church minister in Plantation, Florida. Their two sons, Owen King and Joseph Hillstrom King are also authors.

Stephen King and his wife Tabitha have four grandchildren at the time of writing this piece.

He has won numerous awards for these publications. He is a philanthropist.

He was once an alcoholic but quit drinking and has remained sober since 1980.