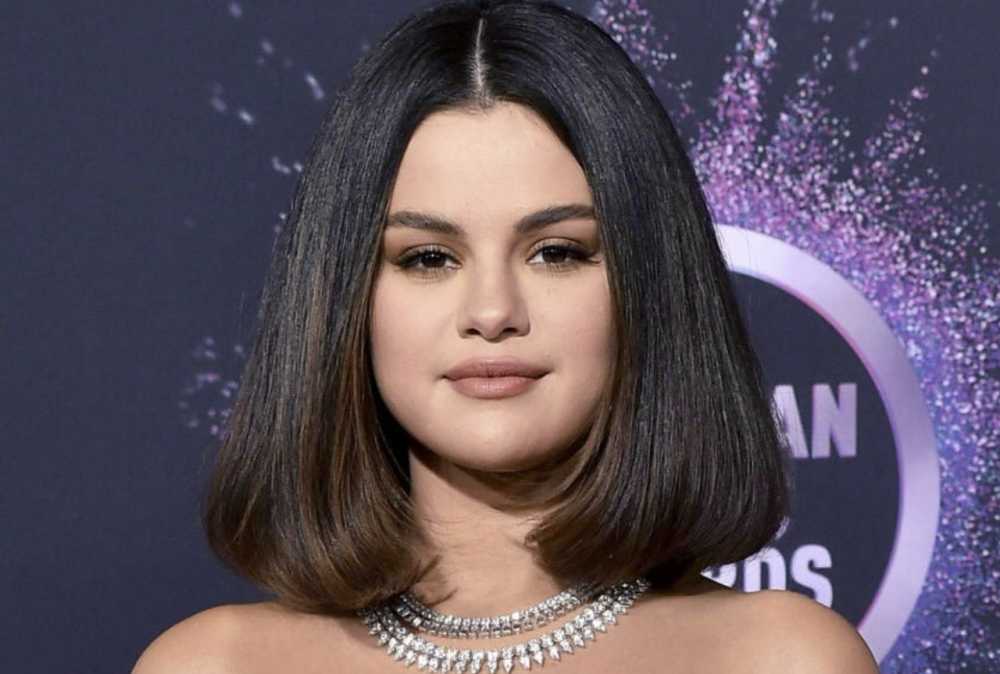 Born Selena Marie Gomez, she has accomplished a lot in her career in just two decades of her existence.

The list of what she has accomplished as a singer, actress and producer is impressive.

One of her albums once topped number one on the Billboard 200 chart. Her hit singles have also sold very well over the years.

Still just in her twenties, Selena Gomez is certainly one of the most popular entertainers earning big in the world today.

Selena’s main source of wealth has been the success of her singing career.

She has also made a lot of money from her various musical tours around the world. Some of such tours include her 2016 “Revival Tour” where she toured North America, Asia and Oceania.

Her other main sources of wealth include her earnings from acting – both in television and films.

She has starred in a lot of popular movies such as “Hotel Transylvania 3: Summer Vacation, “Ramona and Beezus”, “Monte Carlo”, “The Muppets”, “So Random!”, “PrankStars”, “Spring Breakers” and recently “The Death Don’t Die”.

She also makes money from brand endorsements. For example, brands like Puma and Coach has signed the popular singer and actress in their different campaigns.

She also makes money from social media – especially Instagram. She leverages more than 144 million followers on her Instagram to make money through sponsored posts.

Selena Gomez was born on July 22, 1992. Her full name is Selena Marie Gomez. She was born in Grand Prairie, Texas.

Her father’s name is Ricardo Joel Gomez, and he is of Mexican descent.

Her mother is Amanda Dawn “Mandy” Cornett is a former stage actress. She has Italian ancestry.

Ricardo and Amanda divorced when Selena was 5 years old.   She remained with her mother after the divorce.

Her childhood was not easy. Selena was born when her mother was just 16. When they moved away after the divorce, the family had financial troubles.

Her mother made a lot of sacrifices to make sure Selena was well supported in her life.

Selena obtained her diploma through homeschooling.

She developed an interest in the entertainment industry when watching her mother prepare for stage productions.

2002: Gomez portrayed the character of Gianna in Barney & Friends. This was her first acting experience. She later appeared in thirteen episodes of this series that ran from 2002 to 2004.

2006: This year, she appeared in an episode of the Disney TV series “The Suite Life of Zack & Cody”.

2007: She portrayed pop star Mikayla in the TV series “Hannah Montana“.  She also featured in “Arwin!” and “Stevie Sanchez” which were spin-offs of the Suite Life series and “Lizzie McGuire” respectively.

She played the lead role of Alex Russo in the American fantasy teen sitcom “Wizards of Waverly Place”. The series became and hit and made Gomez gained more prominence. She recorded the theme song for this series titled “Everything is Not What It Seems”

2008: She appeared in the music video for the song released by Jonas Brothers titled “Burnin’ Up”. This year, Gomez appeared in an episode of the reality TV series “Jonas Brothers: Living the Dream”.

She contributed a song to the 2008 compilation album “DisneyMania6″. The title for that song was “Cruella de Vil”.

She also recorded three soundtracks for this film. One of the soundtracks is “Tell Me Something I Don’t Know”.

She portrayed Helga in a supporting role in the animated film “Horton Hears a Who!”. This film was a hit in the box-office. Commercially, it grossed over $300 million worldwide.

She signed a recording contract with Hollywood Records. She also formed a movie production company called July Moon Production, and she also partnered with XYZ Films.

2009: Selena Gomez and Demi Lovato starred in the “Princess Protection Program” – a Disney Channel Film. This film was a success as its premiere received more than 8.5 million viewers.

She also starred in another film that achieved critical success “Wizards of Waverly Place: The Movie”. This film won the “Outstanding Children’s Program” at the 62nd Primetime Emmy Awards.

Selena and her “Selena Gomez & the Scene” released their first album titled “Kiss & Tell”. The album sold 66,000 copies in the first week. It peaked at number nine on Billboard 200 albums chart. The second single of the album was very successful. 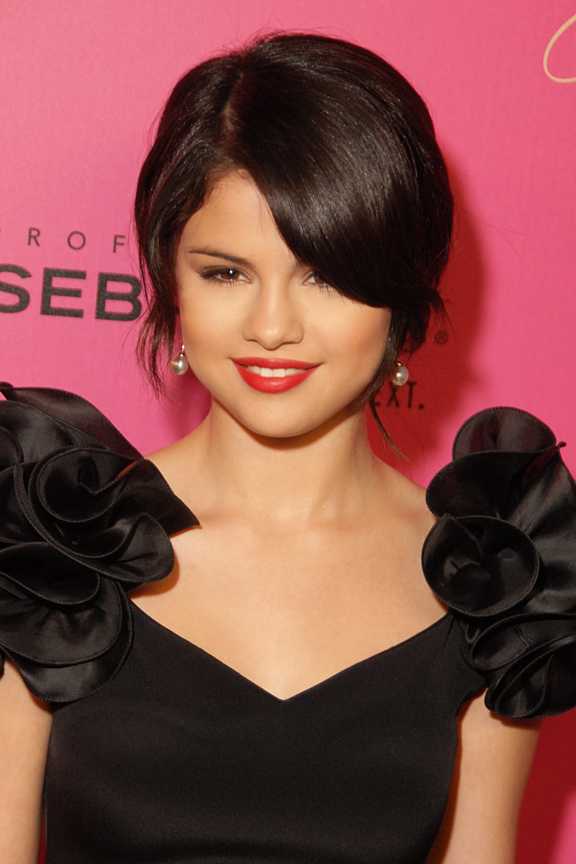 2010: She starred in the film “Ramona and Beezus” as one of the two lead roles. This film was a success as it received positive reviews.

“Selena Gomez & the Scene” released its second studio album called “A Year Without Rain”. This album debuted at number four on the US Billboard 200 Chart. Also, it sold more than 66,000 copies.

2011: Gomez starred as a teenager named Grace in the film “Monte Carlo”. She released a duet with her then-boyfriend Justin Bieber. The title of the song is “Can’t Steal Our Love”.

She appeared in films and shows like “The Muppets”, “So Random!” and “PrankStars”.

Selena Gomez & the Scene released their third and final studio album this year. The album is titled “When the Sun Goes Down”.

It received mixed reviews. The album’s second single receiving a 4x Platinum certification from the RIAA.

2012: She started starring in films outside Disney. This year, she starred in “Hotel Transylvania”

2013: Gomez featured in the controversial exploitation film “Spring Breakers”. She also starred in “Getaway”. Her role and this film were criticized.

At the 34th Golden Raspberry Awards, Selena Gomez was nominated for the Worst Actress award.

She released her first solo album titled “Star Dance”. This debut album became a success. It sold about 97,000 copies in the first week.

She embarked on her “Star Dance Tour” in August. She toured North America and Europe.

2014: Selena Gomez was admitted into a health facility called “Dawn at The Meadows” where she underwent treatment for an earlier diagnosed Lupus.

In November 2014, Gomez released a new single titled “The Heart Wants What it Wants”. It reached the top ten on the Billboard Hot 100. It also sold more than one million copies in the United States.

“For You” was the first solo compilation album of Selena Gomez. It did not do well as a commercial success. It sold just around 35,506 equivalent album units in the United States. At the Billboard 200, the album peaked at number 24.

2015: Her collaboration with Zedd on his single “I Want You to Know” became her fourth entry into Billboard Hot 100. The song also received certification from the Recording Industry Association of America (RIAA).

Pantene hair care brand made Selena it’s a brand ambassador in 2015. Gomez released the song “Good for You” as the lead single of her second studio album.

The song, featuring ASAP Rocky” made it to the top five single on the Billboard Hot 100 in the United States. It also sold more than 179,000 copies in the first week of release.

Her second studio album named “Revival” was released in October 2015. It received positive reviews from critics. It was also praised for its production and lyrical content.

The album peaked at number on the Billboard 200 chart. About 117, 000 copies equivalent album units were sold in the first week of release.

2016: Gomez embarked on a concert tour for her second studio album “Revival”. The tour was named “Revival Tour”. She toured North America, Asia and Oceania.

She canceled the European and South America leg due to mental health reasons. Specifically, she suffered from depression, anxiety and panic attacks as a result of her diagnosed Lupus.

This year, she featured in a couple of films that include “Neighbors 2: Sorority Rising”, “The Fundamentals of Caring”, and “In Dubious Battle”.

Gomez won the Favorite Pop/Rock Female Artist award at the 2016 American Music Awards. She also received a nomination for the Artist of the Year award.

2017: She served as the executive producer of the series adaptation of the novel “Thirteen Reasons Why”.

She was cast in the film “A Rainy Day in New York”, and she released the song “Bad Liar” with its music video.

2018: Gomez voiced the character of Mavis in “Hotel Transylvania 3: Summer Vacation”. She featured alongside Ozuna and Cardi B in the song “Taki Taki” by DJ Snake.

Selena Gomez has been into a number of relationships. In 2008, she dated Nick Jonas.

Her most famous relationship was dating Justin Bieber in 2010. They split in 2013.

They had an on-and-off relationship until they broke up again in 2018.

She also dated and broke up with The Weeknd.

She was raised a Catholic but stated in an interview that her religion freaks her out. However, she still attends Hillsong Church, and she remains a fan of Hillsong Worship songs.

Selena Gomez was diagnosed with lupus or a skin disorder. She received a kidney transplant from her friend in 2017.