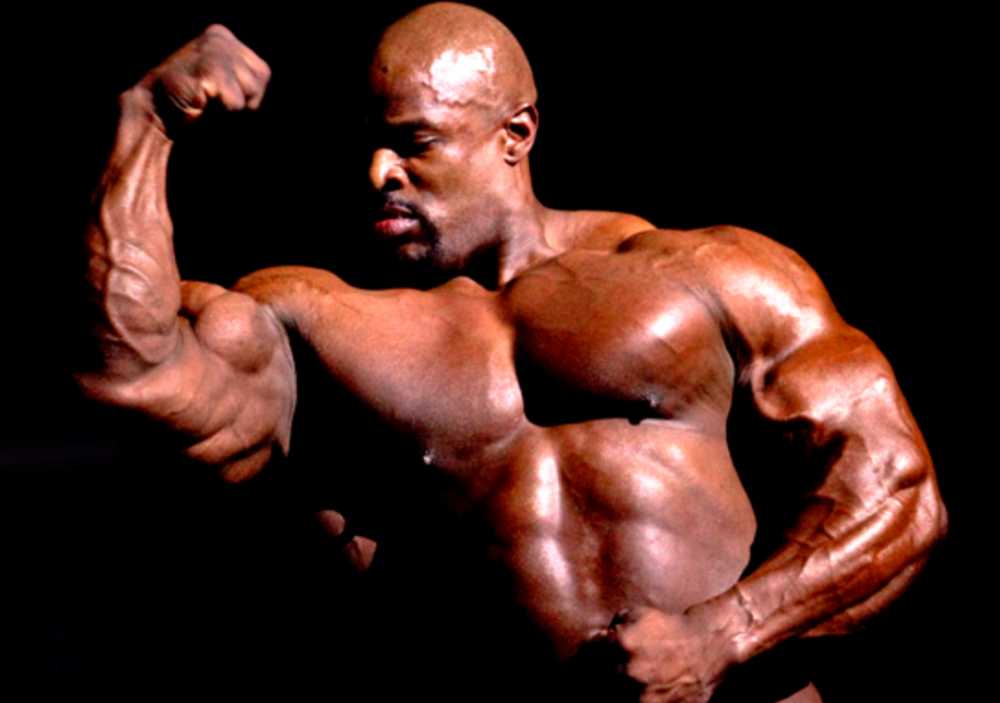 As of 2020, Ronnie Coleman’s Net Worth is $12 million dollars. He has made a lot of money from his professional body building career over the years.

He continues to make money with paid public appearances, endorsements of products and his own supplement line of products.

Ronnie Coleman made a career out of body building.

While the career itself is not an income producing career he made a lot of money from the career by way of getting paid for appearances at gym appearances and body building competitions, endorsements for products and his own supplement line.

Ronnie Coleman was born Ronnie Dean Coleman in Monroe, Louisiana on May 13, 1964. He was raised by a single mother and has 2 sisters and a younger brother.

After graduation, Ronnie moved to Texas because he felt he had a better chance of getting employment as an accountant.

However, after being unable to secure employment as an accountant and with no income, he took a job at Domino’s Pizza.

During this time he was extremely poor and basically fed himself off the complimentary pizza the store provided.

In 1989 Coleman secured a job as a policeman at the Arlington, Texas police department and he held that job until 2000.

Shortly after taking the job with the police force a fellow officer suggested that Ronnie train at the Metroflex gym, which was owned by an amateur body builder, Brian Dobson.

1990: Dobson trained Ronnie for the Texas bodybuilding championship, which Coleman won both the heavyweight and overall categories.

1992: Coleman entered the Mr. Olympia Competition for the first time, but failed to rank.

1994: He again entered the Mr. Olympia competition and managed to rank 15th.

1997: Ronnie competed in the Russian Grand Prix and won that competition he came in 9th in the Mr. Olympia competition for that year.

1998: After 5 tries for the Mr. Olympia title, Coleman finally won the competition.

2001: Coleman became the first man to win both the Arnold Classic and Mr. Olympia in the same year.

2006: After his 8 wins Coleman finally lost the Mr. Olympia title.

2007: After placing 4th in the Mr. Olympia competition Ronnie Coleman decided to return from bodybuilding.

During and after his years of bodybuilding Coleman made his income through product endorsements from companies that paid him good money for those endorsements.

He also earned money for appearances at gym opening and bodybuilding competitions.

He made three training videos The Unbelievable, Cost of Redemption and On the Road. These videos give up and coming bodybuilders tip on training and nutrition.

Years of using extreme weights as well as competing as a power lifter had taken its toll on Coleman’s body and health.

Since his retirement he has had two hip replacements as well as suffered damage to his intervertebral discs. His problems continue to this day.

There is very little known about Ronnie Coleman’s personal life other than the fact that he has been married twice.

His first wife was Rouaida Christine Achker and the couple had two daughters.

After their divorce he dated and later married Susan Williamson in 2016 and the two of them are raising 4 children together.

Although retired Coleman continues to be interested in bodybuilding and he has established his own bodybuilding supplement company to help body builders to perform better.