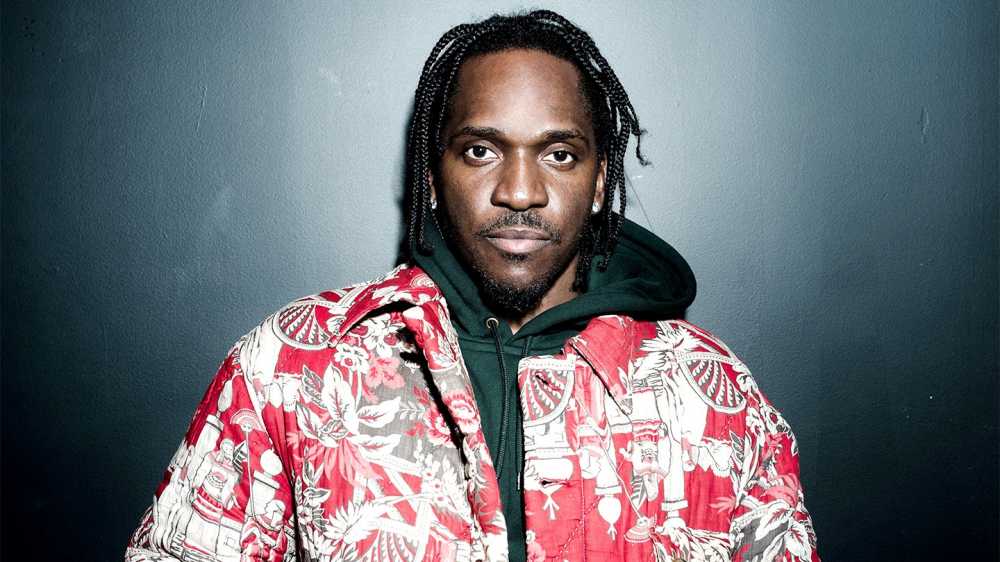 His source of wealth and income comes mainly from his music and his earnings as a Record Executive.

Sales from his various songs and tours have understandably brought him a lot of money along the years.

Considering he has been actively making music and money since 1993, it’s not surprising his net worth is this much.

Pusha T was born Terrence LaVar Thorton on May 13, 1977 in Bronx, New York. He has a brother Gene who is also a rapper and a sister whose name is not known.

When Terence was still very young his parents moved the family to Virginia Beach, Virginia.

As teen Terence and Gene got into selling drugs as a way to make money. When there parents discovered what they were doing they threw Gene out of the house.

This meant he had to look for rent money and take care of himself at a young age.

In 1992 the two brother decided to try a career as rappers and formed the group Clipse.

1997: Terrence and his brother gene met Pharrell Williams of the Neptunes and Pharrell helped the brothers get a contract with Elektra Records.

You would think that particular failure would stop or deter him from continuing with his career, but it didn’t.

Terrence has been using the stage name Terra, but after being dropped by Elektra records he changed his stage name to Pusha T. Despite not being signed to any label, Pusha T (thanks to the Neptunes) began appearing on singles by other artists.

2001: He appeared on the song “Runaway” by Nivea. Clipse also signed with Artisa Records and began working on an Album that was produced exclusively by the Neptunes.

2002: Clipse debuted a single entitled “Guardian” that would become one of the top hits of the summer.
The second single from their upcoming album “When the Last Time” peaked at number 19.

In August the duo released their Album “God Willin” This album debuted at number 1 on the Top R&B/Hip-Hop album charts and was eventually certified gold by the RIAA.

2004: Work on Clipse second album was suddenly halted when Artisa Records were absorbed into Jive records. Although work on the album began again the Clipse duo grew frustrated due to Jive’ tendency to ignore their Rap artists in favor of those who performed pop.

When frustration boiled over Clipse ask Jive to release them from their contract. Jive refused. Clipse sued Jive and launched their own label Re-Up Records.

2006: Clipse and Jive finally reached an agreement and Clipse’s second album “Hell Hath No Fury” was released. The Hip Hop magazine XXL gave this album an XXL rating making it only the 6th album at the time to receive such a rating.

2007: Clipse was officially released from Jive and eventually signed with Columbia Records.

2009: Clipse released their third album “Til The Casket Drops.” This album featured productions from the Neptunes, Sean “Diddy” Combs, The Hitman and DJ Khalil.

After the release of this album Clipse announced that they were going hiatus to work on their solo careers.

He also released an EP entitled “Fear of God II: Let Us Pray”

2012: Kanye West and Pusha T were both featured on the single “Mercy.” Pusha T also released a single entitled “Exodus 23:1” which featured The Dream.

2013: Pusha T released his mixtape “Wrath of Caine” and his album “My Name Is My Name.” His album featured guest appearances by several other artists and it was positioned high on many best album lists.

2014: He released a single “Lunch Money” produced by Kanye West.

2015: Pusha T announced he was named the new President of Good Music and also released a single “Untouchable” as well as his Album “King Push- Darkest Before Dawn”.

Throughout Pusha T career he has had controversies with other artists including Consequence, Lil Wayne, Drake and his latest J Cole.

There is little known regarding Pusha T’s personal life other than the fact that he married long time girlfriend Virginia Williams on July 21, 2018.

The couple had been together over a decade and the wedding itself was a star studded affair with Pharrell Williams acting as best man.

Other guests included Kanye West, Kim Kardashian, Trey Songz, The Dream and many others.