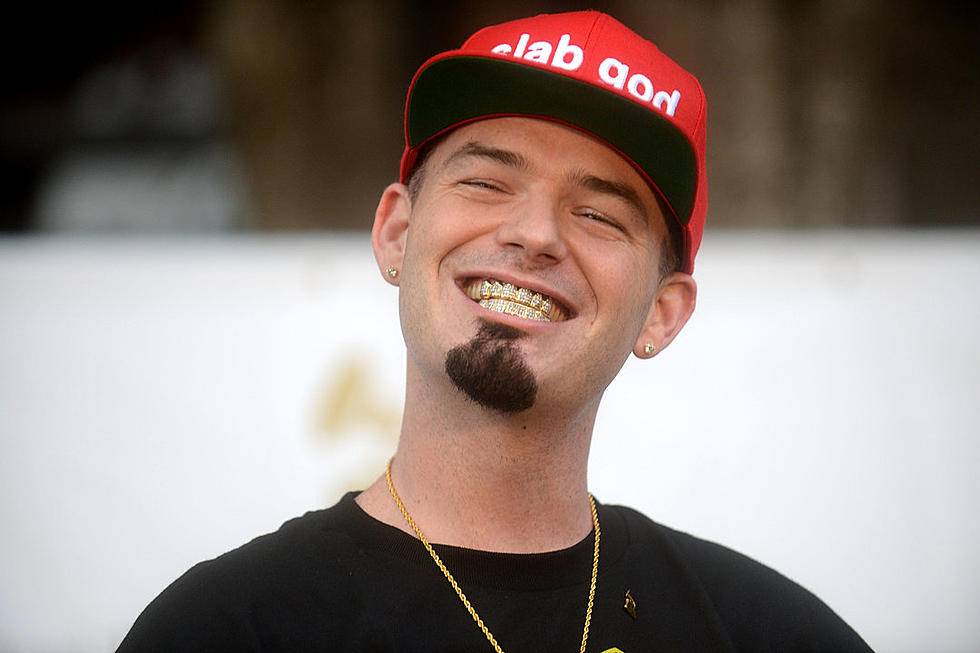 Born Paul Michael Slayton, he is an American rapper and hip-hop singer famous for his notable collaborations with other top rappers like Chamillionaire.

Wall has a successful career in singing and combines his work career with family life very well.

Paul Wall’s source of wealth includes earnings from from his solo music, production, and various collaborations.

He also makes money from his clothing line.

He also makes money from his appearance in different films and video games.

Paul Wall was born on the 11th of March, 1981. He full names are Paul Michael Slayton.  Paul Wall is his stage name.

He was born in Houston, Texas and raised in his birthplace Georgetown.

Paul’s parents are Americans. They are Michael T. and Rikki L. Slayton, also from Houston.

He attended Jersey Village High School in Texas. Mike Jones, his friend, introduced him to rapping.

After high school, Wall enrolled at the University of Houston to study Mass Communication. His stay in the university lasted about three years.

He got so enthralled with rapping that he had to drop out from the university to pursue a career in rapping.

1998: Paul Wall started out his music career by doing promotion work for Michael “5000” Watts’s company known as the Swishahouse. He later worked with Chamillionaire at the Watts’ studio KBXX.

1999: Both rappers were given the opportunity to rap a radio show hosted by Matt. They were allowed to put the verses of the song in one of Watts’ mixtapes called “Choppin Em Up Part 2”.

The collaboration between Paul and Chamillionaire became so impressive that they were regularly featured in several of Watt’s mixtapes. They were then signed by Swishahouse permanently.

Paul wall and Chamillionaire left Swishahouse and started their own group. This group was called The Color Changin’ Click. They released successive mixtapes that make them popular and provided more business opportunities.

2002: The group negotiated a contract with a record label Paid in Full Records. This one-album contract leads to the release of “Get Ya Mind Correct”. The album had 17 tracks.

It sold more than 350,000 copies independently. This was a huge success seeing that there was no distribution deal backing the album.

“Get Ya Mind Correct” peaked number 67 on the Billboard Top R&B/Hip-Hop Albums chart.

The album was also nominated for album of the year in The Source Magazine.

2003: Paul broke up with Chamillionaire and returned to Swishahouse. He featured in Mike Jones single called “Still Tippin”, a song from the album “Who Is Mike Jones?” This single was part of “The Day Hell Broke Loose Part 2 aka Major Without A Deal”.

“Sittin’ Sidewayz” and “Girl” are popular tracks from the Album. They sold more than 500,000 copies each. As a result of the sales, they were certified gold by the RIAA.

The album peaked number one on the Billboard 200 chart.

This album was an instant success as it sold about 92,000 copies in the first week. It also peaked number 8 on the US Billboard 200 chart.

2009: He stared in the movie “I Hope They Serve Beer in Hell” where he acted as Grillonaire a fictional rapper.

“Fast Lane” the fourth studio album was released this year. The album featured Webbie and Mouse in its lead single “Bizzy Body”. The music video was also premiered via Myspace.

2010: Paul Wall released another album, this time it is titled “Heart of a Champion”. This is his fifth album released under Warner Bros., Asylum Records and Swishahouse Labels.

The album peaked 56 on the US Billboard 200 chart. It sold 7600 copies in its first week. Obviously, this album did not do well like the previous albums.

It received a poor rating in the media. It received a 3/5 star rating from XXL, and Slant Magazine gave Heart of a Champion a 1.5 out of 5.

2011: Paul Wall collaborated with Jump Shot Media to create “Battle Rap Stars”. This is a game in which the players are expected to beat the featured rapper in the main event to win.

This mobile app was the first of its kind as a mobile battle rap game.

2012: A mixtape titled “No Sleep Til Houston” was released.

2013: A collaboration mixtape with Slim Thug is released for the 2013 NBA All-Star Game in Houston. The sixth studio album called “CheckSeason” was released. This album was released under his own label known as Paul Wall Label, and EMPIRE Distribution.

2014: “The Po-Up Poet” was released. This is his seventh studio album.

2016: He released “Houston Oiler” as his ninth Studio album.

He has also featured in many money making video games.

Paul Wall is married to Crystal Wall his former college sweetheart. The couple is blessed with beautiful children William Patrick and Noelle.

He has won many awards and even got nominated for the Best Rap Performance a Duo or Group for “Grillz” in the 2007 Grammy Awards.