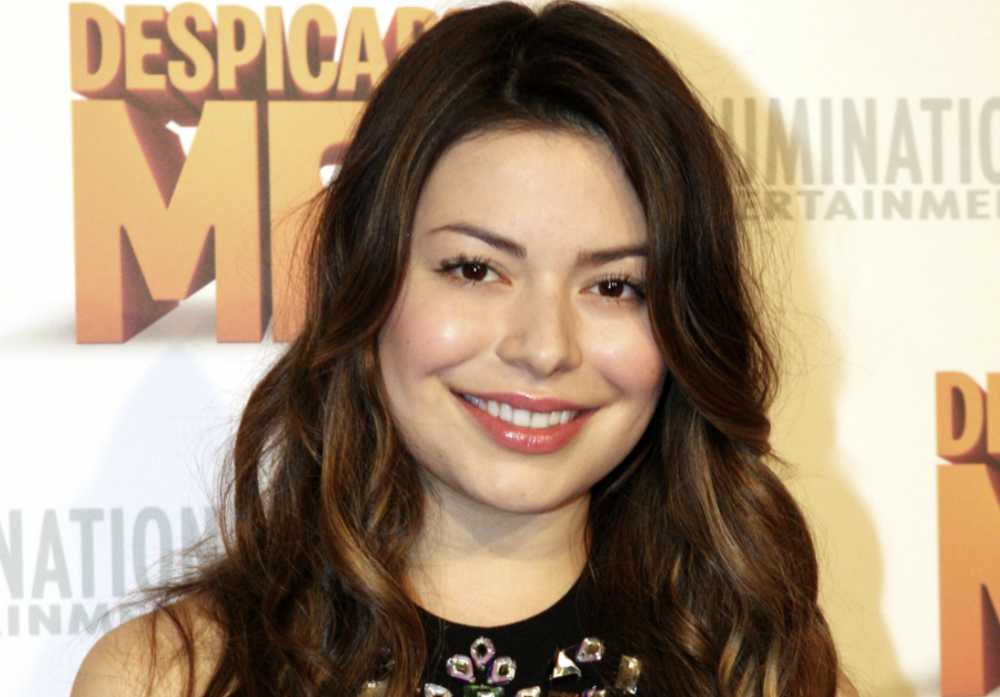 Miranda Cosgrove’s net worth is estimated to be around $15 million, as of 2023.

Born Miranda Taylor Cosgrove, she was once the second-highest-paid child actress who got in the limelight very early on in her life, thanks to earning as much as $180,000 for every episode of iCarly, the Nickelodeon teen sitcom.

She even made it to the Guinness World Records very early on in her life as the highest paid child actress ever.

She makes her fortune mainly through her acting and musical career and she is still only in her twenties at the time of writing this piece. Her net worth could well increase in the coming years.

She makes her money through her acting career. She has starred in many films, TV Shows, Video games, and Music videos.

She also makes money from her musical releases that include studio albums, Extended Plays, Singles and Promotional singles.

Miranda’s source of wealth would not be complete if we fail to mention her music concert tours along the way.

Miranda Cosgrove was born “Miranda Taylor Cosgrove” on the 14th of March, 1993. She was born in Los Angeles, California.

Her father owned a dry-cleaning business while her mother was a homemaker. Both her parents’ names are Tom and Chris respectively. They have English, Irish and French ancestry.

At the age of three when she sang and danced at Los Angeles restaurant, Miranda was discovered by a talent agent who recommended her for modeling.

Her mother agreed to the offer and Miranda started appearing in TV commercials for MacDonald’s – a fast-food company, and Mello Yello – a highly caffeinated, citrus-flavored soft drink.

When she turned seven, she truly fell in love with modeling and auditioned for TV and theater roles as well.

2001: She first appeared in Television as the voice of young Lana Lang in the pilot of Smallville – a television series based on comic character Superman.

2003: Miranda featured in “School of Rock” a film directed by Richard Linklater. This was her film debut and she played the role of Summer Hathaway.

The film was both a critical and commercial success and received a high rating. More importantly, her acting was highly praised in the media.

2004: She was awarded the main role in “Drake & Josh” – a television series created for “Nickelodeon” the cable network for children.

She portrayed Megan Parker, a mischievous younger sister of Drake and stepsister of Josh. Drake Bell and Josh Peck were the title characters.

She featured as a guest star in a special episode of the animated series “What’s New, Scooby-Doo?” She played the role of Jessica in the fifth episode of the television sitcom “Grounded for Life”.

She guest-starred in “Lilo & Stitch: The Series”, an animated comedy aired on Disney.

Unfortunately, this film failed to make an impact on the box office.

“Keeping Up with the Steins” was the third theatrical performance by Miranda. In this film, she portrayed “Karen Sussman”

2007: Miranda Cosgrove featured in the film “The Wide Stallion” and also in several Nickelodeon TV series like “Zoey 101” and “Unfabulous”

She played the main role of Carly Shay in the Nickelodeon sitcom “iCarly”. This show was highly rated and a special extended episode the “iCarly Saves TV” became the most viewed entertainment show in the following year.

Miranda released her debut song as a recording artist. The song was “Leave It All to Me” became the theme song for the “iCarly” show. The song also featured Drake Bell.

2008: The iCarly soundtrack debuted at number one on the Billboard Kid Chart. This was after it was released by Columbia Records.

Miranda also released another single titled “Stay My Baby”. However, this single failed to make an impact on the charts.

Another song “About You Now” was released. It peaked at number 47 on the Hot 100 chart.

2009: This was an eventful year for the young Miranda. She released her first Extended Play titled “About You Now”.

It comes with five songs. Her single “Raining Sunshine” was released to promote the animated film “Cloudy with a Chance of Meatballs”.

MTV named her among its Female Pop Rookies of 2009.

2010: She worked with various songwriters for her debut studio album. These include The Matrix, Dr. Luke, Max Martin, Leah Haywood, and Daniel James.

Her first studio album titled “Sparks Fly” was released in April 2010. The album peaked at number 8 on the US Billboard 200 Chart.

Cosgrove signed an endorsement deal with Neutrogena, the skincare and cosmetics company.

She also signed a further mouthwatering deal to do an additional 26 episodes of iCarly.

2012: “I soundtrack II” was released as iCarly soundtrack. ICarly aired its season finale and Cosgrove continued with her music tours.

This was the year she made it to the Guinness World Records very early on in her life as the highest paid child actress ever.

2014: She did voice work in the animated film “A Mouse Tale”. She also portrayed Rose in the horror film “The Intruders”. Here she acted alongside “Austin Butler”.

2017: Miranda also cast in the comedy pilot “Spaced Out”.

Even though she was accepted to further her education at the New York University and the University of Southern California, she settled for the latter in 2012 just to continue her acting and become closer to her family.

She majored in the film but switched to study psychology at USC.

She had wanted to be a veterinarian before becoming an actress. She loves to play guitar in her spare time. She also loves horse riding and fences.

She struggled with “body image insecurities” during her childhood.

She is not yet married and she has no children yet.