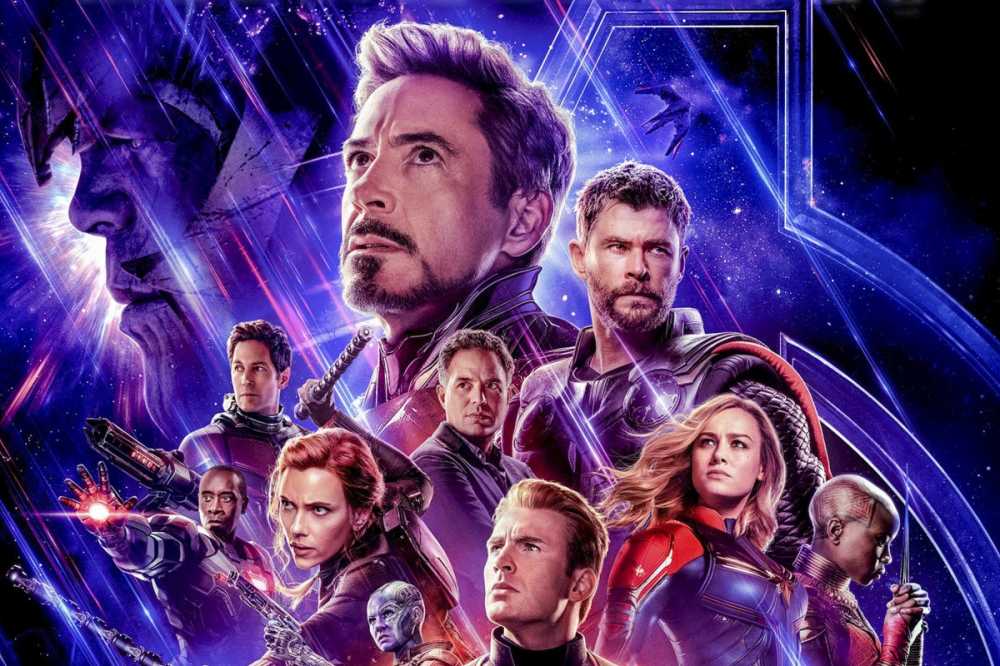 This article looks at Kevin Feige, the brain behind “Avengers: Endgame” and how he went from an errand boy some years ago to the many massively successful movies, including the latest Avengers Endgame.

It’s no longer news that “Avengers: Endgame” has already broken nearly all movie records within days of opening, thanks to it doing 1.2 billion dollars in its first opening weekend!

It’s the sequel to the 2018’s Avengers: Infinity war, which did a staggering 1 billion dollars in its first 11 days!

Avengers Endgame had a massive budget of hundreds of millions of dollars, making it one of the most expensive of films ever made, but with how much it has already made, that’s money well spent.

Since we are talking about movies, do you know you can make money from just watching videos online?

Companies like SurveyJunkie pay people just to watch videos online and even to just do simple surveys from the comfort of their homes.

You can read more about this as well as other sites that pay here: How To Earn Money by Watching Videos… and Some Sites That Really Pay.

And if you would rather just do some easy and fun things to make money from the comfort of your home, check out genuine ways of earning money playing games .

His name is Kevin Feige. He’s the president of Marvel Studios and it’s under his leadership that this amazing movie was created.

Who Is Kevin Feige? 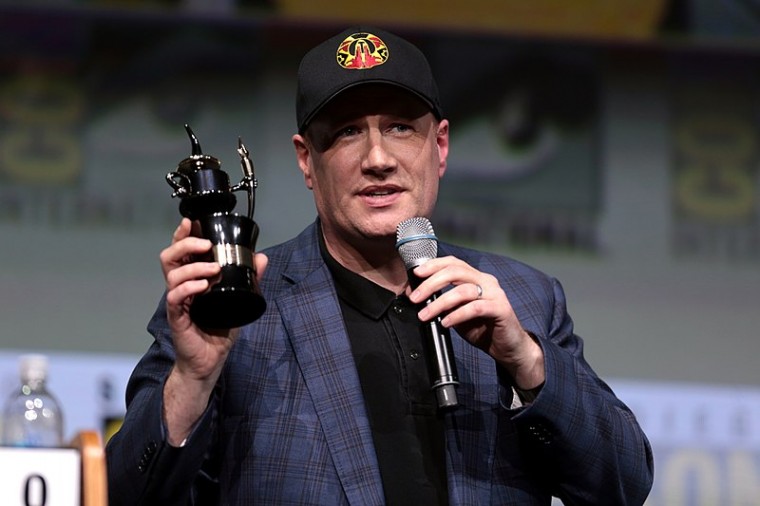 As at the time of writing this, the movies Kevin Feige has personally produced have a combined worldwide box office gross of over 15 billion dollars!

That’s a lot of money and a lot of accomplishment for someone who started from a humble beginning and who also suffered rejections like most other people.

Yes, he once got rejected as many as 5 times before finally getting admitted to USC’s film school. It was while at USC that he became an intern and worked under producers Richard and Lauren Shuler Donner.

He remained working with them and 2 years later they made him a production assistant. As glorifying as the name sounds, it also included been basically an “errand boy”.

Talking about this in the extended interview he gave to Vanity Fair, he said:

“I interned there a long time, from ’94 to being hired officially the beginning of ’96. In the fall of ’95, I had one more semester of school to get enough credits to graduate and they hired me as a P.A.

So I would go to school, and then go in there and work and got paid. I very much liked the notion of having a job before I graduated.

That job was walking dogs job and getting lunches and washing cars, but it was a job in the film business.”

Obviously many people won’t want to add such “errand boy” duties to their jobs but he did… because he knew they were just “means to an end”!

Let’s look at some of the factors that led to his success:

He Had Humble Beginnings

Feige grew up in Westfield, New Jersey where he also went to high school.

He started from very humble beginnings. He fell in love early with super hero comic books, movies and action figures, like most kids do.

But unlike most who move on to other things as they get older, Kevin remained interested in the entertainment industry.

From his humble beginnings, he’s now without doubts one of the most influential and most powerful people in the Entertainment industry.

His “Rome” Wasn’t Built In A Day

As you can tell from the above, he didn’t immediately achieve huge success when he started. It took him years but he kept “building his Rome” brick by brick.

If you don’t previously know about the “Rome Wasn’t Built In A Day” analogy, it just refers to the fact that no great achievement happens instantly. They mostly take time and a lot of effort.

And as the full saying goes: “Rome was not built in a day, but they were laying bricks by the hour” until it got fully built.

It takes many years of constant building, before achieving success and making money fast… eventually.

People you see making money fast today obviously put in many months or even years building themselves and getting things ready… just like Kevin.

He Didn’t Give Up, Even In The Face of Rejections

Despite been rejected 5 times when he applied USC’s film school he didn’t give up, until he eventually got admitted.

That’s determination to get what he wanted, regardless of the rejections. If he had quit with the first, second, third or even fourth rejections, he wouldn’t have achieved the success he has today.

That’s a lesson for most of us – to keep trying to get what we want, until we succeed.

Of course in his case he had to keep improving himself, to qualify for what he wanted.

And he kept going because he knew he would eventually get through, no matter the number of rejections.

Read this article if you want to get free mobile data!

He Got The Right Education, Knowledge and Skills Required

He didn’t just rely on his love for comic books and superheros. He went ahead with seeking the right education and knowledge, which eventually gave him the skills necessary.

Passion or hobby is one thing, but passion mixed with the right knowledge and education lead to better results.

If he had just relied on his love and passion, they certainly wouldn’t have brought him all the success he now has. He had to get the right education, knowledge and skills required.

Talking about passion or hobby, here are some interesting hobbies that can make one money, while still having fun.

It’s certainly not fluke that Feige is where he is today. He took the time to study and acquire the necessary skills to take him to where he is now.

Right after his high school education he applied to the University of Southern California School of Cinematic Arts.

It was the very same alma mater of some of his favorite directors – George Lucas, Ron Howard and Robert Zemeckis.

Also See: Online Jobs For Students if you are a student looking for extra ways of earning money online.

He Had Interest and Was Passionate In What He Did

You can say he probably got his passion for movie production from his grandfather as he was a television producer as far back as the 1950s.

His grandfather also worked on some soap operas such as “As The World Turns” and “The Guilding Light”.

The interest and passion he showed definitely had a lot to do with his success.

According to him, he went to U.S.C. “to make movies, which is all I ever wanted to do”. That was his burning desire and he didn’t let anyone or anything stop him.

He Hired Others Who Also Had Interest and Were Passionate

One of the secrets behind his success is hiring directories who are like him in terms of having interest in and/or passion for what they do.

In particular those who are superhero fanatics themselves. In his own words on NPR:

“The key job of the directors we hire, of the writers we work with, of the actors that we hire and work with, is to make a character who seemingly isn’t that relatable — a billionaire genius industrialist, a World War II soldier who’d been frozen in ice for 70 years, a Norse god.

How do you make them relatable? That’s the job.

So as we work on each film, we try to find the humanity in them. A lot of that is right there in the comics to pull from.”

Also See: Best Stay At Home Mom Jobs (including one that made Danielle $270,000 from just 90 buyers)

He Achieved Small and Big Victories Along The Way

That’s why all the movies he has personally produced have had a combined worldwide box office gross of a staggering 15+ billion dollars!

That’s a lot of money and he’s not about to stop now. With the many more other movies they have in the works, his success is just beginning.

I hope you can learn a thing or two from the success of Kevin Feige.

Lastly, it’s worth repeating that since we are talking about movies, you can make easy money online from just watching videos online. Companies like SurveyJunkie pay people just to watch videos online and even to just do simple surveys from the comfort of their homes.

And yes, they really pay you straight to your Paypal account, if that’s how you want to get paid. Click here to sign up to SurveyJunkie.

As for some of the really awesome ways to make extra money while enjoying the process, check out all the following completely FREE articles right here on Kingged.com:

The beauty with every single method above is that you don’t have to pay any money to get started.

It’s completely free to join many of the programs that really help you make extra money.

And of course, the more time and effort you put into any of these, the more money you can make. 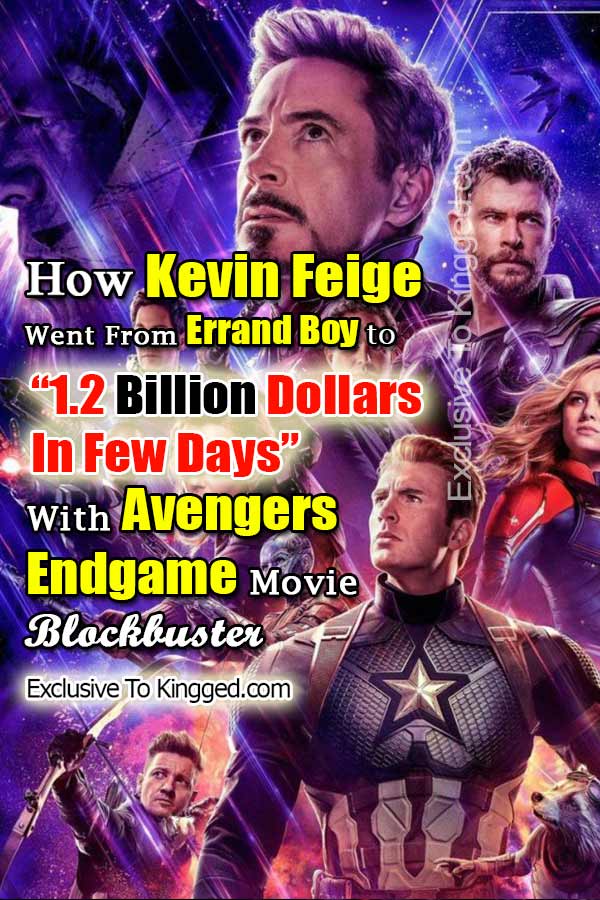 SurveyJunkie (only USA, Canada, Australia residents allowed). You can really earn money sharing your thoughts. They have already paid $25+ million to their 20+ million members just for freely sharing their thoughts and opinions. Click here to join SurveyJunkie

SurveyJunkie (only USA, Canada, Australia residents allowed). You can really earn money sharing your thoughts. They have already paid $25+ million to their 20+ million members just for freely sharing their thoughts and opinions. Click here to join SurveyJunkie