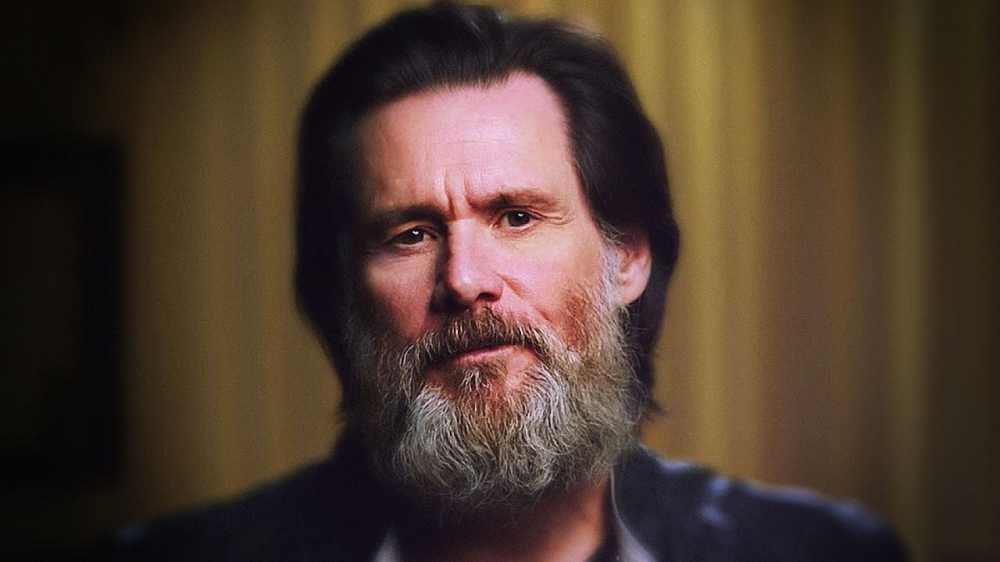 It’s easy to see how he has made such a staggering net worth considering all the many movies he has starred in over the years.

Born James Eugene Carrey, he is an actor, comedian, screenwriter,, cartoonist and even writer. He came to prominence with his comedic roles in movies and television shows.

He has retained this huge net worth despite the fact that he had to take a break to deal with some personal struggles in his life.

This award-winning actor is one of the highest-paid comedians in Hollywood.

The main source of Jim Carrey’s wealth is his acting career, giving the many years he has been actively involved in making a lot of movies.

It is said that Jim Carrey received the highest paycheck after his performance in “Yes Man”.

Surprisingly, Carrey took a gamble on that film by being paid no money at all up-front in exchange for 36% of the movie’s back-end profits, according to reports.

He also makes good money as a screenwriter.

Jim Carrey was born on the 17th of January, 1962. His birthplace was in Newmarket, a Toronto suburb, located in Ontario Canada. He was born to Percy and Kathleen Carrey.

His father was a musician and an accountant, while his mother was a homemaker.

He has three siblings named John, Patricia, and Rita. The kids were raised as Catholics.

He attended Grade 10 at Agincourt Collegiate Institute in North York.

Carrey started showing interest as an impressionist at the age of 10. To this effect, he wrote a letter to Carol Burnett of the “Carol Burnett Show” explaining his talent and asked to be considered for a role.

He was overjoyed when he got a positive reply.

From 1981 to 1993 Carrey has made a lot of money from lots of films and has also made money from TV shows but his actual rise to fame began in 1994.

1994: Carrey was cast in movies like “Ace Ventura: Pet Detective”, “The Mask”, and “Dumb and Dumber”. For his performance in “The Mask”, he received his first Golden Globe nomination as the Best Actor.

It is interesting to mention also that “Dumb and Dumber” was a huge commercial success having grossed over $270 million worldwide.

1995: He played the role of The Riddler in the superhero film “Batman Forever“. This film was an instant Box Office success even though it received mixed reviews.

In this year, Carrey reprised his role in another box-office success “Ace Ventura: When Nature Calls” a sequel to the 1994 film “Ace Ventura: Pet Detective”

The film grossed over $212 million worldwide. On its opening money weekend, it broke a record by earning $40 million.

1996: He starred in a satirical comedy black comedy that earned him $20 million. The film is “The Cable Guy”.  The movie grossed over $102 million.

1997: He played Fletcher Reede in the comedy “Liar Liar”. His performance in this film earned him a second Golden Globe Award nomination for the Best Actor.

1998: Carrey’s fame was further projected by as he earned an Oscar nomination for his role in the comedy-drama film “The Truman Show”. This film was a huge commercial success. The film earned $264 million worldwide as against its $60 million budget.

In addition, Carrey also won the Golden Globe Award for the Best Actor in a Motion Picture Drama.

He appeared in the final episode of “The Larry Sanders Show”.

1999: He portrayed the lead role of Andy Kaufman in the film “Man on the Moon”. His performance earned him a second Golden Globe Award. He was also nominated for Best Actor by the Screen Actors Guild Award.

He was also starred in “How the Grinch Stole Christmas”. This film became the second highest-grossing Christmas film of all time. He also earned a Golden Globe nomination for his performance in this film.

2003: He starred opposite Jennifer Aniston and Morgan Freeman in the comedy “Bruce Almighty”.

This comedy was a hit and received mixed reviews. It earned over $484 million worldwide. It instantly became the 17th highest-grossing live-action comedy of all time.

2004: Carrey again featured in another film that received overwhelming acclaim. This time he starred in “Eternal Sunshine of the Spotless Mind”.

He co-starred with Kate Winslet who received an Oscar nomination. For his performance in this film, he received the “Best Actor” nomination from the Golden Globe Awards as well as from BAFTA.

He appeared in the children’s black comedy fantasy film titled “Lemony Snicket’s A Series of Unfortunate Events”. His role was praised.

2007: Carrey co-starred with Virginia Madson and Danny Huston in the Psychological thriller “The Number 23”. However, this film was panned by critics.

2008: He played a voice role of Horton the Elephant in “Dr. Seuss’ Horton Hears a Who!”. This animated film received positive reviews and raked in over $290 million worldwide.

He also starred in “Yes Man” and opposite Zooey Deschanel and Bradley Cooper. This film raked in more than $225 million worldwide.

2009: He received a lead role in the premiere of the film ” I Love You Phillip Morris” at the  Sundance Film Festival.

He portrayed multiple characters in “A Christmas Carol” – a Disney’s 3D animated film. The film was a financial success and received decent reviews.

2011: Carrey starred in “Mr. Popper’s Penguins” as Thomas “Tom” Popper Jr. A mixed reception welcomed this the release of this film.

2013: He co-starred with Steve Carrell in the comedy film “The Incredible Burt Wonderstone”. This film did not do well financially as it grossed just over $27 million on a $30 million budget. Mixed reviews welcomed this film.

He starred in “Kick-Ass 2” but withdrew his support for the film to denounce gun violence. This was in light of the Sandy Hook Elementary School shooting. He stated that “Now in all good conscience I cannot support that level of violence.”

2014: Carrey reprised his role in “Dumb and Dumber To” a sequel to “Dumb to Dumber” released ten years earlier in 1994.

2017: Carrey served as the executive producer of the dramedy “I’m Dying Up Here”. The series is aired on ShowTime TV network.

Jim Carrey has married twice before. He married former actress Melissa Womer in March of 1987.

They had a daughter born in September of 1987. Their daughter was named Jane Erin Carrey. After eight years of marriage, Jim and Womer divorced in 1995.

In 1996, Carrey married Lauren Holly who was his co-star in the comedy film “Dumb and Dumber”. The couple broke up in 1997.

Carrey has not remarried since his last divorce. However, he has been in out of relationships. He had dated Renee Zellweger between 1999 and 2000.

He also dated model and actress Jenny McCarthy between 2005 and 2010.

Jim Carrey suffers from depression and takes antidepressant – Prozac – to combat the symptoms.

In 2016, he was involved in lawsuits about the wrongful death of his ex-girlfriend Cathriona White who died from a prescription drug overdose in a suspected suicide.

He is a dual citizen of both the United States and Canada.