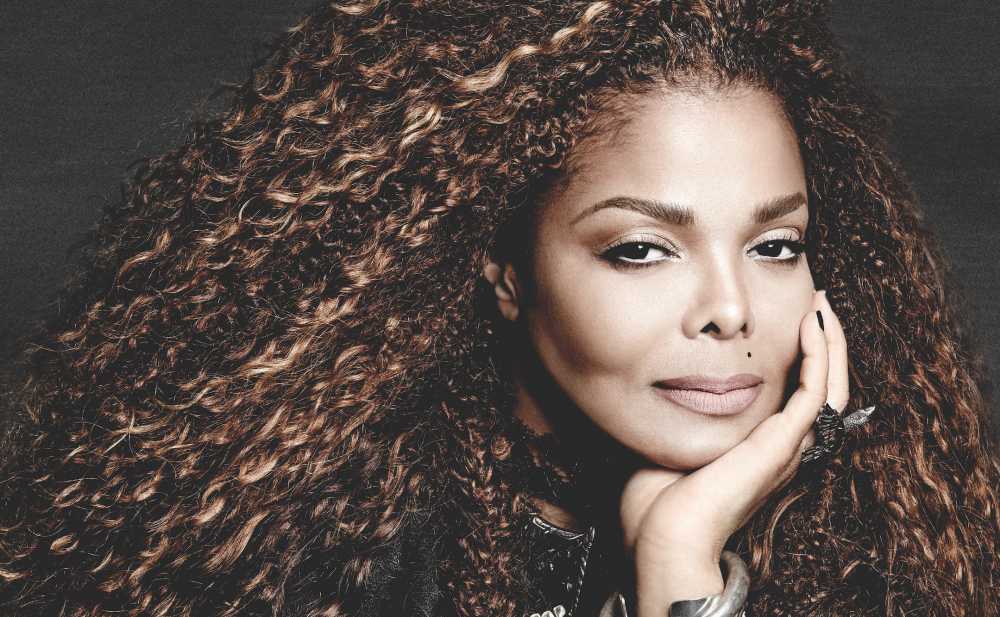 Janet Jackson’s net worth is estimated to be around $200 million dollars, as of 2020.

This pop superstar has made a huge name for herself even though she comes from the famous Jackson family. Yes, she is the sister of the late King of Pop, Michael Jackson.

She was once ranked the seventh richest woman in the entertainment industry by Forbes.

Janet started her career as an actress and later transitioned into singing. Her style of music was readily acceptable when her debut album “Control” sold millions of copies.

Janet Jackson is not only a singer and actress but she is also a songwriter and a dancer who is still going strong, many years after she started.

By the way, if you love music, click here to get for listening to music!

Janet Jackson’s main source of wealth is obviously income from music sales. To date, she has sold over 100 million records globally.

Do the math and you can see how many millions of dollars that has added to her net worth over the years.

Her successful musical tours have also brought in huge income and increased her net wealth since she started.

In addition to the huge income she makes from her music career, Jackson has earned huge income from her acting roles in various successful box office movies.

Her source of wealth also includes earnings from brand endorsements, her many feminine business ideas and various partnership deals over the years.

Janet Jackson was born on the 16th of May, 1966. Her birth name is Janet Damita Jo Jackson. She was born in Gary, Indiana, where her parents lived.

She is the youngest child of the popular Jackson family known for their musical success.

She has older brothers and sisters. Five of her brothers named Tito, Marlon, Michael, Jackie, and Jermaine formed the famous pop band known as the “The Jackson 5″ or “The Jacksons”.

Her father also has a daughter with Cheryl Terrell. Her name is Joh’Vonnie Jackson.

Janet Jackson’s career started when she was seven years old when she performed at the MGM Casino on the Las Vegas Strip.

1976: Janet began acting in the variety show “The Jacksons” with her brothers and sisters. 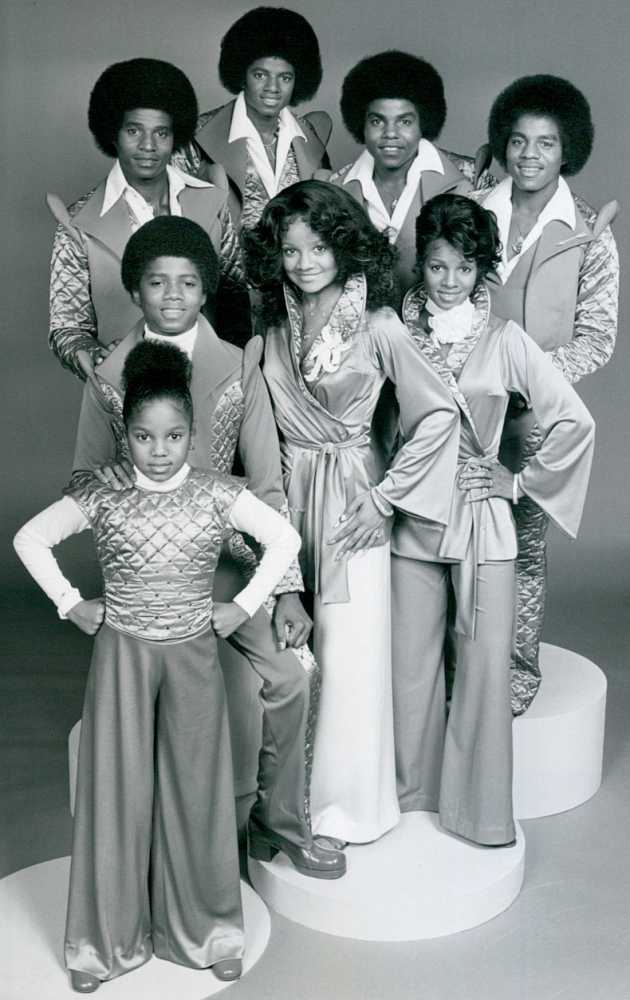 1977: She starred in the sitcom “Good Times” as Penny Gordon Woods”. She later starred in other series like “A New Kind of Family” and “Different Strokes”.

1982: She also appeared in the fourth season of “Fame”. Her debut album titled “Janet Jackson” was released this year. It was produced with A&M Records with her father Joseph Jackson as her manager.

1984: “Dream Street” the second studio album of Janet Jackson was released this year. The album was also a top hit.

1986: Janet joined forces with top producers Jimmy Jam and Terry Lewis to produce her next album. By this time, she had severed ties with her father whom she commented was very difficult to deal with.

Her third studio album titled “Control” was released in February of 1986.  The album was an instant hit and commercial success.

It peaked at number one on the Billboard 200 and even sold more than 10 million copies worldwide. The Recording Industry Association of America (RIAA) certified it fivefold platinum.

It peaked at number on the Billboard 200 and sold more than 12 million copies worldwide. It was a certified sixfold platinum by the RIAA. This album eventually produced number one hits in three separate years.

A music video for one of the tracks in this album “Rhythm Nation” won a Grammy Award for Best Long Form Music Video.

Janet received a star on the Hollywood Walk of Fame. This was in recognition of her impact on the music industry and also for her philanthropic endeavors.

1991: She signed a multimillion-dollar deal with Virgin Records. The deal was worth between $32 million and $50 million. This made her the highest-paid artist at the time.

1992: Her guest vocals on Luther Vandross’s major hit “The Best Things in Life Are Free” topped the Billboard chart. It also made the top ten internationally.

1993: Janet Jackson released her fifth studio album this year. The album was titled “Janet”. The album instantly opened at number one on the Billboard 200 chart.

It was a certified sixfold platinum by the RIAA. In addition, it sold more than 14 million copies worldwide.

The lead single in the album titled “That’s the Way Love Goes” won the Grammy Award for Best R&B Song.

This single also topped the Billboard 100 chart for eight consecutive weeks. Other singles in the album that topped charts include “Again”, “If”, “Because of You”, “Any Time, Any Place”, and “You Want This”.

She starred in the film “Poetic Justice”. This was her film debut. Her song “Again” written for the film received nominations for “Best Original Song” on Golden Globe and Academy Award.

1995: Janet and her brother Michael Jackson collaborated to write “Scream”. This was the lead single on Michael’s album “HiStory”.

The song was a hit and made it to number five on the Hot 100 singles chart. Its music video was broadcast to more than 64 million viewers worldwide. It won the Best Short Form Music Video at the 1996 Grammy Award.

She released her first compilation album titled “Design of a Decade: 1986–1996”. The album peaked at number three on the Billboard 200. This album sold more than ten million copies worldwide, and it was certified double platinum by the RIAA.

Also See: Jobs For Moms Staying At Home, Jobs For Introverts and Jobs For Audio Technicians

1996: Janet Jackson renewed her recording contract deal with Virgin Records. The worth of the deal stood at $80 million. She became the highest-paid recording artist in history.

She surpassed the $60 million contract deals earned by Madonna and her brother Michael Jackson.

1997: She released her sixth album titled “The Velvet Rope”. The songs from this album bore lyrics that were considered sexually explicit than her previous album.

This album debuted a number on the Billboard 200 and sold more than ten million copies worldwide. It was certified triple platinum by the RIAA.

Billboard ranked this album as “the best American album of the year and the most empowering of her last five.” It also garnered critical positive reviews from The New York Times.

2000: She starred in the film “Nutty Professor II: The Klumps”. She starred alongside actor Eddie Murphy. This film was a success as it grossed nearly $170 million worldwide. Her performance received positive reviews.

In addition, Janet’s song “Doesn’t Really Matter” was used for the soundtrack of the film. The song made number one on the Hot 100 single chart.

2001: “All of You” is the seventh studio album released by Janet Jackson. This album was released in April of 2001. It reached number one on the Billboard 200.

About 605,000 copies were sold in the first week. It eventually sold more than nine million copies worldwide. It was certified double platinum by the RIAA.

The “All for You Tour” was embarked upon in July 2001. It was broadcast and watched by twelve million viewers.

2004: Janet Jackson performed at Super Bowl XXXVIII halftime show. She performed alongside Justin Timberlake. However, Timberlake mistakenly exposed Janet’s right breast while singing “I’m gonna have you naked by the end of this song”.

Both artists issued an apology stating it was an accident and unintentional. Over 140 million viewers watched the incident.

She released her eighth studio album titled “Damita Jo” in March 2004. This album received mixed reviews that focused mainly on her performance at the Superbowl.

It sold more than 3 million copies worldwide. It was also certified by the RIAA within a month.

2006: Jackson released her ninth album “20 Y.O.”. It debuted at number two on the Billboard 200. It was certified platinum by the RIAA and sold 1.5 million worldwide. This album received a Grammy nomination for Best Contemporary R&B Album.

She was ranked the seventh richest woman in the entertainment industry by Forbes.

2007: Janet starred as a psychotherapist in the film “Why Did I Get Married?” Her performance in the film was praised.

2008: She released her tenth studio album “Discipline” under Island Records.

She won an Image Award for “Outstanding Supporting Actress in a Motion Picture”. She was also honored with GLAAD Vanguard Award for promoting equal rights among the gay community.

She went on her fifth tour named “The Witchu Tour”.

2009: Following the death of Michael Jackson, Janet spoke publicly about him at the 2009 BET Awards. She also performed her duet with Michael “Scream” as a tribute to him at the 2009 MTV Video Music Awards.

She released a compilation album titled “Number Ones”.

She starred in the drama “For Colored Girls”. Jackson’s performance earned her Black Reel Awards nominations in the categories of Outstanding Supporting Actress and Outstanding Ensemble.

2011: She embarked on her largest world tour. It held concerts in thirty-five global cities. The tour was to support her second compilation album “Number One”. Thus, the tour was called “Number Ones, Up Close and Personal”.

2015: In October of 2015, Janet Jackson released her eleventh album titled “Unbreakable”. This followed the Unbreakable World Tour and earlier releases of singles from the album.

The album debuted at number one on the Billboard 200. This made it her seventh album to top charts in the United States.

Also See: Hobbies To Make Money From (including many that can be done by anyone!)

Janet Jackson was married to singer James DeBarge in 1984. In the next year, that is 1985, the marriage was annulled because her family disapproved of the marriage.

She married Rene Elizondo Jr. a dancer, songwriter, and director. Elizondo filed for a divorce and instituted a multimillion-dollar lawsuit against Jackson. The couple divorced in 2000.

Jackson started dating Jermaine Dupri – a music producer and rapper. They dated for seven years, from 2002 to 2009.

In 2010, Janet Jackson and Wissam Al Mana – a Qatari businessman. The couple married secretly in 2012.

Janet and Al Mana announced their separation in April 2017.