Hulu is one of the top streaming providers.

It has one of the widest selections of movies and television shows, so it is very profitable.

Investing in Hulu is a good idea because its success will likely result in good returns.

This article reveals a lot of important aspects to consider before buying Hulu stock and how to go about the process.

Hulu stock would be an exceptional investment because the company is profitable and one of the strongest in its industry.

Industry leaders like Hulu often provide significant dividends and returns to their investors.

You should buy Hulu stock because it is a fun company.

You can use your investments to provide support for the companies you like the most.

If you love Hulu’s service, then investing in them is a great way to show your love.

Hulu is so successful, it has raised the price of its subscriptions in 2021.

It is more valuable than ever.

How to Buy Hulu Stock

Know the Facts About Hulu

Hulu stock is not available directly.

It is owned by Disney and Comcast, so to buy Hulu stock, you must invest in Disney or Comcast.

You must know more about these companies’ structure, earnings, and investment ratings since all of the services, products, and divisions affect the stock price.

Hulu is a streaming video and live TV application.

It has many subscription plans.

The most basic plan, for streaming only and with advertisements, is $6.99.

Moreover, Hulu can be bundled with Disney+ and ESPN+ for $13.99 per month.

Hulu has about 43 million subscribers.

Hulu makes over $13 for every streaming-only subscriber and $84 for live TV subscribers in monthly revenue.

Do the math and you will see that is a massive amount of revenue generated every month.

Everyone knows of the Walt Disney Company.

But a lot of people are not aware of exactly how many companies fall under the umbrella of (that is, owned by) the Walt Disney Company.

Walt Disney Company is massive and full of a maze of divisions, groups, departments, and specializations.

There are two divisions to the Walt Disney Company.

There is the Disney Parks, Experiences, and Products division a lot of people think of when they hear about Disney.

You know, those cool amusement and experience parks in Florida, California, France, and Japan.

And then there is the Disney Media and Entertainment Distribution division that does so much more than just make awesome princess movies.

Hulu falls under the Disney Media and Entertainment Division.

Its sister companies are Disney+ and ESPN+ streaming services.

They can be bundled together for a more affordable streaming option.

Many other direct-to-consumer businesses are included in this division.

The Walt Disney Company also has content groups that affect the value of Disney, and therefore Hulu, stock.

These content groups represent some of the most valuable aspects of Disney.

ESPN and Sports content is live sports programming and sports shows on ESPN and other cable channels, ESPN+, and ABC.

Disney owns 67% of Hulu but does not report its net worth separate from the company as a whole.

As explained above, Disney also owns many other companies, so its stock performance could be affected by those companies.

To invest in Hulu through The Walt Disney Company, you would need to buy shares in its stock.

However, you will need to consider how the performance of the other companies owned by The Walt Disney Company affects the stock price.

Focusing on Hulu alone would not signify due diligence.

Comcast is the largest cable television provider in the United States.

It has successfully acquired many companies over the last two decades, including AT&T Broadband and DreamWorks Animation, but has also failed with many attempted acquisitions, including Disney and 21st Century Fox.

Comcast owns 33% of Hulu, so you can also invest in Hulu by buying Comcast stocks, but with a minority share, this is a less valuable way to invest in Hulu than investing through Disney.

However, it also costs less to invest in Comcast.

Also See: How to Make Money and Get Rich with Dividends.

There are many streaming services as of 2021.

Some of the biggest ones are:

Hulu, Disney+, and ESPN+ can be bundled.

They often negotiate for which ones have exclusive access to certain content so that none of them have everything.

For example, Paramount+ has all of the NBC content, but Sling TV does not.

The future of the streaming market looks good, but there are risks.

The number of people exclusively using streaming services is increasing.

However, the complaints about how many streaming services are needed to watch all of your favorite content are also increasing.

Therefore, streaming services will likely begin to merge and acquire each other in the coming decade.

Disney and Comcast are powerhouses with experience in acquiring competitors.

Also, it is important to note that Comcast hinted in October 2021 that it plans to retain its minority ownership in Hulu until 2024. 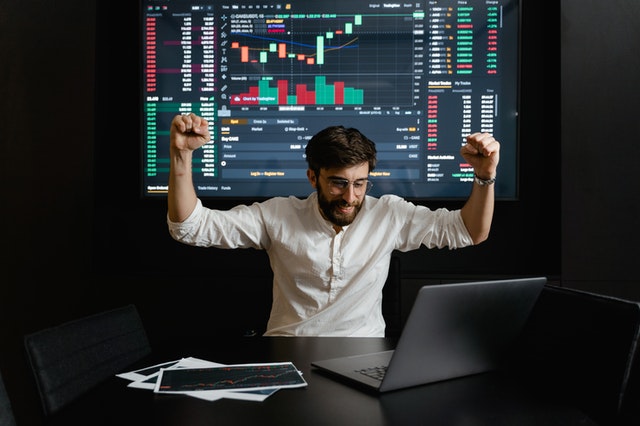 Valuing Hulu can be difficult since it is buried under many levels of companies in The Walt Disney Company.

This represented a significant increase from the $9.3 billion it was valued at in 2018.

Hulu receives revenues from both advertisements and subscriptions for its services.

Hulu has an estimated $4.4 billion in revenues.

Mutual Funds That Invest in Disney

Generally, investors find The Walt Disney Company to be a good investment.

Instead, you can invest in a mutual fund that invests in Disney.

The Vanguard Group, Inc. is one of the world’s top venture capital firms.

If you want to invest through a mutual fund, Vanguard Total Stock Market Index Fund is Vanguard’s mutual fund that invests in Disney.

Another major mutual fund that invests in Disney is the Fidelity 500 Index Fund.

ETFs That Invest in Disney

Like with mutual funds, Fidelity and Vanguard are the major ETFs that invest in Disney.

Fidelity allocates 5.71% of the fund to invest in Disney.

It is traded as FCOM on the stock market.

Vanguard allocates 5.67% to investing in Disney.

It is traded as VOX on the stock market.

Before investing in Hulu, it is important to do your research, also called due diligence.

Doing this research reveals that Hulu is not publicly traded alone.

Investing in its parent companies, The Walt Disney Company and Comcast, is the only way to invest in Hulu.

To research companies, look at public filings like earnings reports.

Also, look at the price and volume history of the stocks.

Use the Right Investment Apps

Many people use investment apps to invest in the stock market.

A few of these are Acorn, Betterment, Robinhood, Webull, and Twine.

When choosing an investment app, consider how much of a fee the app charges to let you buy and sell stocks.

Also, look at whether there is a monthly fee.

Consider whether the app offers expert advice, educational materials, and a flexible way to research investments.

Hulu and Netflix were both early entries in the movie and television streaming market.

They have a few differences, however.

Their prices are very similar, although Hulu’s cheapest subscription is cheap because it has ads.

Netflix’s cheapest subscription is cheap because it only allows streaming on one screen at a time.

Most plans include recently aired television shows, as well.

But Netflix does not have a live television option and only shows original and licensed shows.

Hulu, however, excels at the user interface and on-demand streaming fronts.

Although it limits cloud storage to 50 hours, it has more options.

YouTube TV excels because of the channels it offers live.

Most sports and children’s channels are included.

Differences Between Hulu and Startups

Hulu is different from many startups.

Most companies considering an IPO are startups founded in recent years.

Startups are often founded by individuals or small teams.

Hulu was first created in 2006 as a joint venture among several entertainment and broadcasting companies that had been in business for decades.

Although it might be spun off or otherwise made public, it is unlikely to have an IPO anytime soon.

Most competitors for Hulu either have mostly streaming or mostly live television options.

For example, Sling TV has both but does not generate much original content.

As another example, Philo offers significant live television and on-demand options but does not have original content or many options for streaming without first recording to the cloud.

This is cash in exchange for ownership.

It is the only other owner besides Disney.

It is unlikely you will be able to invest in Hulu with venture capital.

Together, they own 13.9% of Disney’s outstanding shares of stock.

There is not really a dominant shareholder.

Therefore, looking at the dominant shareholders to decide whether to invest in Disney is not beneficial.

Predicting Hulu’s IPO is particularly difficult because Disney has revealed very little about its plans beyond wanting to acquire Comcast’s ownership in Hulu.

Most likely, Disney will acquire Comcast’s equity in Hulu before an IPO will be considered.

What Are Mutual Funds and ETFs?

Mutual funds and ETFs are portfolios of stocks invested by an investment firm.

The difference is how often the allocation of stocks is changed.

Also, ETFs are traded on the stock market with a ticker symbol, so it is easier for individual investors to invest in ETFs.

Why Is Disney a Good Investment?

Disney is a good investment because it is a conglomerate of a diverse range of companies in many aspects of the entertainment industry.

Every one of its content divisions offers an industry leader.

Even though you can not buy Hulu stock directly, you can buy Disney and Comcast stock.

This is the best way to invest in Hulu since Disney owns 67% of Hulu and Comcast holds 33% of Hulu.