No doubts about it…

One would probably not get much pushed back if it were argued that the Internet has probably been the most revolutionary technological development in the past 20 plus years.

When one arises in the morning, their routine may include coffee, breakfast, and checking their email for messages.

This electronic communication between individuals and their workplace or with friends or family is a significant communication pillar within our society today.

Also, other activities have been revolutionized through the Internet. By logging on to various websites one can purchase products, conduct banking, catch up on current events, both locally and globally, and share their personal life on several social platforms.

Another meaningful and powerful platform that comes with the Internet is meeting our entertainment needs. From the comfort of their own homes, families can watch movies, documentaries, TV programs all in the comfort of the living room or bedroom.

All that is required is an Internet device or smart television that is connected to various Steaming services through the Internet.

It was Valve’s way of providing automatic updates for the games they had. They later expanded it so it could include other games from third-party publishers.

It has also significantly expanded these days and now is more of an online web-based and even mobile digital storefront.

Steam as a marketplace has caught the attention of many individuals due to the sheer number of players as well as the popularity of the website.

In our capitalistic society, this translates to dollars and potential dollars earned.

If an individual not only wants to use this Internet site to compete against other gamers but earn money in the process there are many suggestions available so that a combination can occur.

Related: Best Sites and Apps That Pay You To Play Games Online.

Another quality component that the Internet provides to American families is through the venue of entertainment. Americans, especially young Americans have that love and passion for video gaming.

Again, the powerful bridge that the Internet provides to satisfy this love and compete with one another by playing a videogame can occur even if those individuals are not in the same room.

This can be accomplished by streaming the video games online through various streaming game platforms. One such platform is definitely Steam.

Consequently, because of the popularity of playing video games online and knowing not all video games are necessarily wholesome, parent oversight is important.

It is important for parents and gamers alike to know more about Steam and the gaming industry’s involvement with this popular platform.

Originally, the programmers were associated with a company known as Valve. Valve was inaugurated and launched in 2003.

Today, estimates of gamers using this platform are estimated to be well over 150 million individuals.

Steam is to gamers as Netflix, Amazon and other entertainment Steaming services are to movie watchers and other types of programming.

Also, similar to these entertainment options is the wide variety of content.

Specifically, content can range anywhere from rated G on up to fairly risqué gaming entertainment.

Related: How to Make Money on Stash and even doing Flirt Chatting.

One such familiar game that is popular despite its violence and explicit sex would be Grand Theft Auto V.

Of course, there are controls in place to restrict certain games from being played by age-inappropriate children within the home.

The parental control is very sophisticated and allows for complete scrutiny and control by the parent as it relates to the games played by the children.

In regards to cost, there is no cost to the gamer to download Steam. However, to play the games there may be a charge.

Those charges to fight villains or intergalactic invaders or other such videogame scenarios can range anywhere from being free on up to $60 or even $70 for the purchase of the game.

If I was to mention the gaming console by the name of Atari and wow you with my experience with certain video games like Pac-Man, Ms. Pac-Man, Asteroids, or Space Invaders, one would readily laugh and guess my age to be well over 100.

They would not be far off.

However, being intrigued by this video gaming platform and the opportunity to make money on Steam, has compelled my study, provided education, and allowed me to provide to you, dear reader, the following insight that I have learned.

Also See: How to Make Money with UberEats.

How to Make Money on Steam

One of the incentives that this gaming platform offered to its gamers was the accumulation of trading cards.

These trading cards are earned by the individual playing the game and can be collected and used as purchasing power on the Steam market.

This accumulation was placed into the member’s wallet on Steam and could be spent on games or other items offered through the marketplace.

These trading cards had no value outside of this Internet platform and could only be strictly used through Steam.

As with real currency, each of the games and the various cards were valued at different price levels.

Some of the cards may have only been worth a few pennies while others may have had a Steam value of a couple of dollars.

Generally, the cards were issued and put into one’s account after a certain number of minutes were devoted to playing the game.

For example, if the gamer played 15 minutes they may be issued their first of one trading card and then after a couple of hours, another card would be credited to their account.

The process proceeds and when enough trading cards were gathered they could be listed on the platform and in the market as being for sale.

The programming is as such that the sales were automatic when another Steam user decided to purchase your trading cards.

Consequently, the idea was to accumulate trading cards so that more games could be purchased and played.

However, in response to some fake games being purchased this way on the Steam market, the platform decided that trading cards could not be used to purchase video games. Eventually, games could only be purchased with actual currency.

2. Develop and Sell a Videogame on Steam

The only way that actual currency can be made by using the Steam platform is for an individual who develops and programs videogames to sell their game on Steam Direct.

In other words, Steam can act as a marketplace for the gamer that is knowledgeable about programming videogames.

Steam Direct does not pay the programmer for their original game but the developer of the new game is paid according to the sales of their game from other players.

An added earnings incentive for programmers to sell their games on Steam is that they are not only paid a percentage of the amount paid by the gamers to play the game but also included is a portion of the price if the gamer chooses to purchase the game. 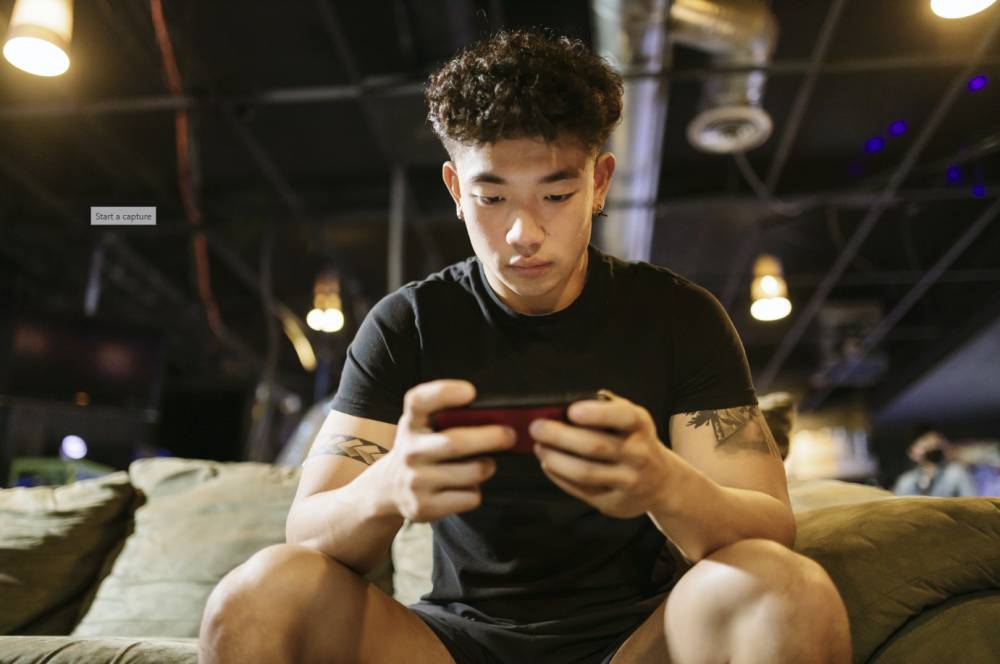 As with the selling of any other project or product, there will be a need for the producer of that product to invest their time and resources into promoting their item.

Offering a new game on the Steam platform for play and sale is no different.

Therefore, the programmer must fully realize and be aware that this process doesn’t just happen at the snap of the fingers.

It will take time for the game to be played and the gamers on the platform to talk the game up so that it can reach a level of usage to be successful.

As part of the investment, it is important also to realize that Steam doesn’t just automatically take in new games because someone is asking them to.

To the programmer, to be on this platform, there is an investment of $100 payable to Steam for this privilege.

The $100 fee required to submit the game onto the platform was meant to discourage those developers who hadn’t fully developed their software or game or to minimize the placing of just simply bad games onto the platform.

To Steam directs credit, the $100 submission fee goes to charities.

Also, the developer of the software needs to provide specific information about themselves and their company.

Consequently, to place a game on Steam Direct, the developers have to provide to Valve their personal or company tax information

Related: How Developers Can Make Money Testing Games and Software.

4. Create and Sell Games on Steam

Do you have dollar signs in your gaming eyes? Well if a programmer and you have a great idea for a videogame and wish to sell it on Steam, let us go back to the mathematics classroom.

Let us say that your software program is ready to be distributed and you have chosen the Steam platform.

If you, out of 150 million users and climbing, find a niche of sellers who buy your game for one dollar you then have made your first $1,000.

However, it is important to remember that everybody wants a piece of this pioneering and in this case a piece of the video sale.

Like anything else in the marketplace, word-of-mouth is important. Therefore, your game must have appealing features, enticing graphics, considerable action, etc.

This is all necessary so that the gamer has an enjoyable experience.

Therefore, if their experience is enjoyable, they have the opportunity to provide a review of your game.

Another way of earning money through the sale of your game is to utilize the chat room option when playing a game.

If a person is playing and has bought your game ask them to review the game and then chat about its features in the chat room.

Perhaps you have been playing a videogame and it is a well-thought-out game, with plenty of action and various levels to achieve to successfully reach the goal of the game.

However, have you ever caught yourself saying I wish that the game did this or wish they had thought about doing that, this, or the other thing?

Well, perhaps that’s your opportunity to combine your passion for video games along with any programming skills that you have to improve the game experience by programming a game that incorporates those various features or caveats that you wish had been programmed into the game.

Remember some sit on the bench and then some are in the game. Send me in coach!

With a little initiative, a great opportunity to demonstrate your love and enthusiasm and make money at the same time is through the video gaming industry. Video gaming is big business.

The beauty of this industry is that more and more individuals are taking to the Internet to play those tried-and-true games as well as being on the lookout for new exciting adventures and challenges in the video world.

Remember, there are well over 1.5 million users on the platform known as Steam alone. If you can develop a game that will resonate with other gamers and it is a quality game that they will purchase, the subsequent math may make you a tidy income on that game.