How does Zoom earn money, right? If you have recently wondered about this, you reading the right article.

It reveals a lot about Zoom and exactly how it makes money. It also delves back a bit into how Zoom started and the brain behind it.

Back in 2011, Eric Yuan, Zoom’s CEO decided he would go after the video conferencing market.

The problem is, the market was already flooded with incumbents, including Microsoft (owned by Skype), Google Hangouts and the market leader, Webex, which was owned by Cisco.

During this time, Eric was the VP of Engineering at Webex, but he decided he had an idea and would like to journey out on his own.

Why did Eric quit his job at Webex and how did he manage to turn Zoom into a huge phenomenon?

Currently, we can all admit that Covid-19 had something to do with the growth of Zoom and that was something that none of us could have ever predicted.

Eric, himself didn’t even predict this, but before this entire virus thing stuck the world, Zoom was actually a successful product.

Let’s take a look at the backstory (it’s quite interesting) and look into Zoom’s epic business model.

Eric was convinced that the Internet was the next big thing (he was right about this), so in the mid 1990’s, he decided to move from China to the US.

When Eric applied for the US visa, the first time, he was rejected. Since Eric’s business card listed him as a consultant, the US customs misunderstood Eric as being a contractor part-time.

After this, Eric has his Visa rejected 7 more time, but this didn’t make him give up, He told himself he would do what he needed to do and wasn’t going to stop.

Eric continued to reapply over a two-year period, and finally, on his ninth try, he was accepted.

In 2997, Eric joined the Webex team as a founding engineer and at this time, the company had half a dozen employees working for this.

In 2000, Webex had grew as they were riding the wave of the popular dot-com bubble. In 2007, Cisco acquired Webex for a whopping 3.2 billion dollars.

All this time, Eric had worked himself up to the top and had climbed to become VP of Engineering.

While Webex was now a part of Cisco, Eric continued to work on Webex. 2010 is the year Eric found out that most of the Webex customer base was not happy with the product and he felt he just had to do something about that.

The customers weren’t happy with the product simply because it wasn’t as good as they had expected it to be.

For example, each time a user logged into a Webex conference, it took a lot of time to get started because the system would have to identify the products version (iPhone, Android, PC or Mac).

Then you had the fact that if too many people joined the conference, the system wasn’t able to handle the strain, which led to a decline in video and audio quality.

Along with all of this, Webex lacked features like screen sharing for mobile devices.

Eric went to his bosses and tried to convince them that it’s time for an upgrade on the product and despite his effort for an entire year, his bosses wouldn’t budge).

So, in 2011, Eric decided it was time to try his own video-conferencing business where he would be the one in control of his own product as he would take it where he felt Webex should be.

Eric was in luck, because 40+ engineers went with Eric, and left their job at Webex where they became part of his journey.

However, the market was already filled with similar products like Google Hangouts, Skype, and Webex.

For this reason, investors were on the skeptical side of putting money towards Eric’s new venture. Eric was in luck, because Subrah Iyer, who was Webex’s former CEO believed in Eric, so set up a seed fun of $3 Million for him.

In 2013, only two years later, Zoom started to show its face, while raising a six Million Series A round.

There was a difference between Zoom and other companies, like Skype, and that was the fact that Zoom was created using a video-first mentality. Whereas the existing companies had created audio first and then adjusted to using video, and this increased costs.

By May of 2013, Zoom was capable of being a superior product and this helped it reach a total of one million people – it connected more than 400,000 meetings and 3,500 businesses.

Zoom differentiated itself in different ways from the existing competition and this is how it managed to get traction.

Eric made sure Zoom video conferences were easy to setup and he wanted it to be compatible with every device on the market – this included the desktop as well as the mobile Android and iOS apps.

Zoom was even able to work with a weak or free Internet connection because it was able to handle a data loss of up to forty percent.

Zoom continued to grow and add a lot of new features. In 2019, Zoom went public with a share price of $36, which put the company at a value of $9.2 Billion.

When Eric made Zoom public, it had already been operating at a profit, unlike the other tech giants like Pinterest, Uber and Lyft (they went public around the same time as Zoom).

How Does Zoom Earn Money?

With a backstory like Zoom’s, and seeing how good it is, one could only wonder how they make money.

Zoom is operating on what is referred to as the freemium business model.

What this means is that it provides free limited services to users, and in exchange for upgraded services, the users will need to pay a subscription.

Let us take a look at each one of them individually:

Zoom Meetings give users the opportunity of connecting with each other through both video and audio and it is the most popular service Zoom provides.

The basic plan for Zoom meetings is free, but it restricts the free users to around 40-minute and limits it to 100 participants in the group meeting.

Zoom offers Pro, Business and Enterprise plans that teams can take advantage of. 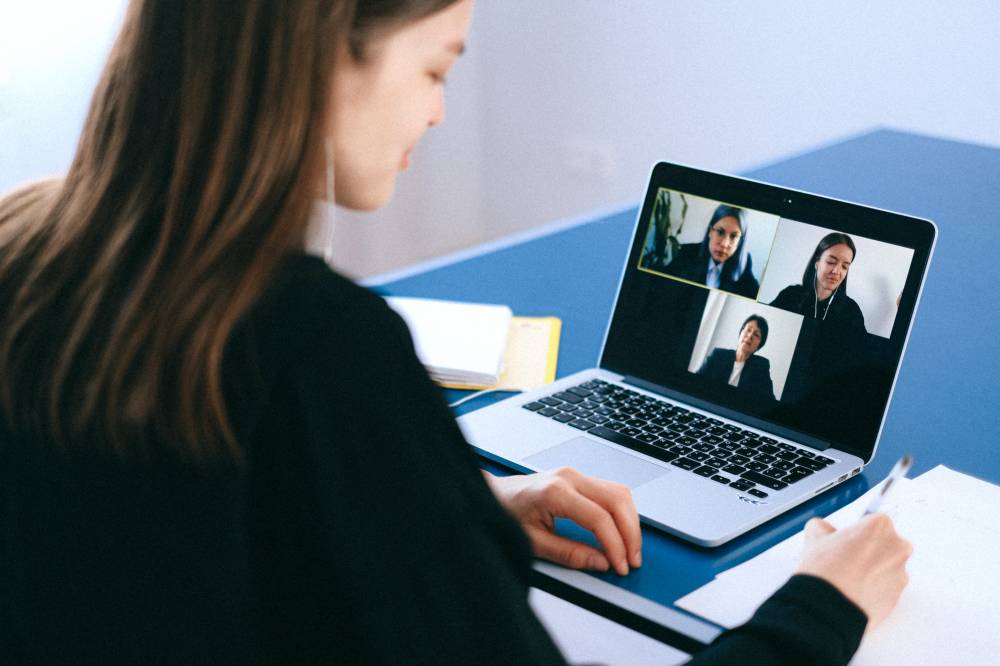 You can look at Zoom Rooms as if they’re conference room systems, because that’s basically what they are.

The more conference rooms an organization wants to connect through Zoom rooms, the more money they will be required to pay.

Organizations can purchase a plan of 10 rooms for a total of $490 per month.

By the way, check out the following for how other companies make money:

Zoom Phone is available as an add-on to an already existing Zoom service and it is a cloud-based solution.

Zoom Phone delivers the traditional phone capabilities directly into the Zoom app and provides conferencing, voice, messaging, and video services in one collaboration.

Zoom Phone started at $10 per month per user and it comes with neat feature like auto-attendant, call recording, intelligent call and many more.

Users can use Zoom Video Webinars to host web conferences and they can have up to 10,000 participants.

In order to make the Webinars interactive, Zoom offers features like Polling, virtual hand raising and of course, chat.

The pricing for Zoom Webinar will vary, depending on the number of attendees and host.

How Much Money Does Zoom Make?

The accelerated growth of Zoom was more than likely due to the Covid-19 crisis. However, even before this, Zoom had been growing at a steady rate.

As you see, while we may not feel it if we are using a free version of Zoom, Zoom does make money …and they do a fine job at it.

By charging subscription fees to use Zoom Meetings, Zoom phone, Zoom Video Webinars, Zoom Rooms and a bunch of other features, they bring in millions of dollars.

In the next couple of years, we can only imagine what Zoom is going to turn into – this platform has already changed the way the world operates, with businesses being able to hold meetings through Zoom and schools being able to speak with students.

Zoom came around right when the world needed it and thanks to it, we can now maintain a safe distance from each other.