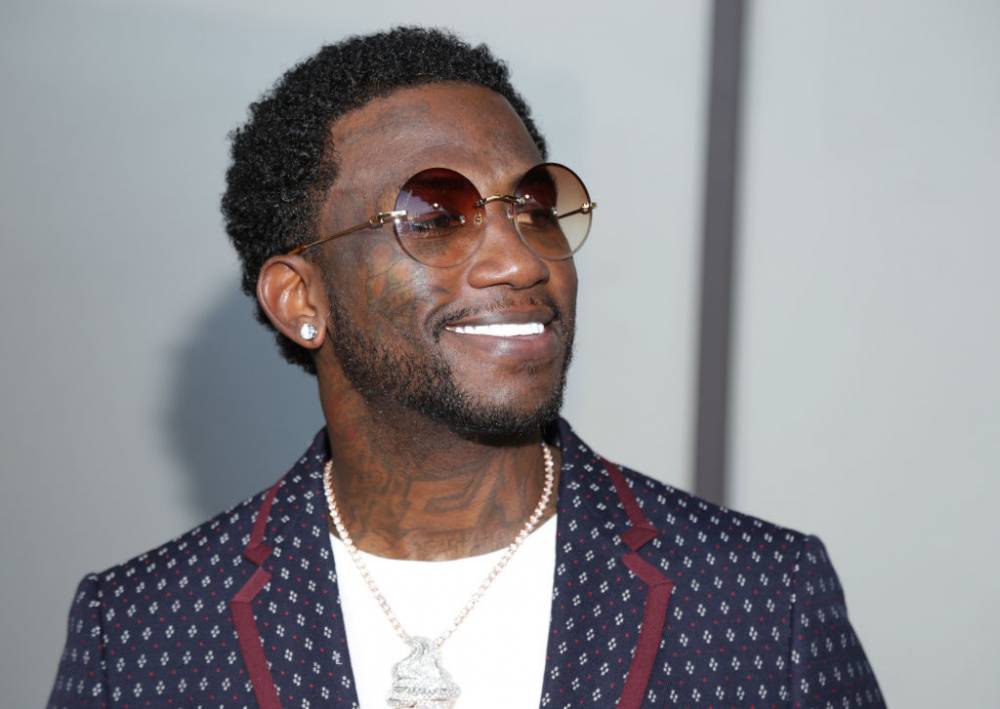 Born Radric Delantic Davis on 12th February 1980, he is the popular artist who got famous for pioneering and popularizing trap music which is a form of Southern Hip Hop music.

He did this with other Atlanta based artists like Young Jeezy and T.I.

Mane has carved a name for himself as a rapper and songwriter just as he has made a fortune doing other things.

He has released about 15 studio albums and about 3 collaborative albums. Most of his songs and albums have topped charts in the US and other places.

His successes as a rapper and songwriter have helped increased his financial net worth.

Gucci Mane has many income streams. The main source of wealth for him is the earning from the sale of his songs and albums.

He also ventured into an acting career and appeared in films and documentary.

The other ventures that regularly bring income for him include earnings from his fashion lines, sales of his autobiography and endorsements with the Italian fashion house “Gucci”.

Gucci Mane was born as Radric Delantic Davis on the 12th of February, 1980. He was born in Bessemer, Alabama, to Ralph Everett Dudley and Vicky Jean Davis.

His father, Ralph, was a former US serviceman who served in the military and stationed in Korea for two years. His father was also a power plant worker. His mother, Vicky, was a social worker.

His mother has a son named Victor Davis from a previous relationship before marrying Davis’ father, Ralph.

The young Davis was raised by his paternal grandmother while his mother attended college. His father was not around at the time of his birth. He had fled to Detroit, Michigan to escape the police who were after him for dealing crack cocaine and heroin.

In 1989, he moved to Atlanta with his mother and later grew up in a neighborhood with a high crime rate. This environment would later influence his lifestyle that led to crimes and also to his going to jail multiple times.

The family moved to East Atlanta where he attended Cedar Grove Elementary School. During his time in school, he dealt in drugs and cannabis and even became a drug dealer as a side hobby while in eighth grade.

After elementary school, Mane (Davis) was enrolled as a freshman at Ronald E McNair High School. He got good grades but still dealt with drugs.

Davis loved writing poetry as a child and began rapping at the age of 14.

He got into a couple of feuds with a local street gang called “The East Shoals Boys”.

In 1998, Mane graduated from McNair High School with a 3.0 GPA and a HOPE Scholarship to Georgia Perimeter College. He took a computer programming course at the college but was kicked out after he was caught with possession of crack cocaine by an undercover police officer.

He was convicted of this crime and sentenced to 90 days jail term.

After his release from prison, he started pursuing music as a career and released “La Flare” on Str8 Drop Records.

He moved to New York and was introduced to Big Cat the head of Big Cat Records with whom he formed an alliance. He collaborated with Young Jeezy and secured a distribution deal with Tommy Boy Records.

2005: Mane released his first studio album titled “Trap House”. This album featured other artists like Young Jeezy and others like Bun B, Killer Mike, Lil Scrappy, Jody Breeze and Khujo of Goodie Mobb.

This debut album was a success, especially for an independent artist. It made to the top of the Billboard Heatseekers Album chart.

It also moved slowly into the Top 20 of the Billboard R&B/Hip-Hop Albums chart.

2006: He released his second album titled “Hard to kill“. This was released through Big Cat Records and Tommy Boy Records. The album has 17 tracks that included “Freaky Gurl”, a song that peaked at number 12 on the Hot Rap Tracks. This single also hit number 62 on the Billboard Hot 100.

On the whole, this album peaked at number 76 on the US Billboard 200 chart.

2007: Mane released his third studio album titled “Trap-A-Thon”. This album debuted at number 69 on the US Billboard 200 chart. It peaked at number 4 on the US Top Rap Albums.

Meanwhile, he also released another album titled “Back to the Trap House”. This became his fourth album and his first true commercial debut album.

This album contains the remix of the song “Freaky Gurl” which featured Ludacris and Lil’ Kim.

2009: Mane released his fifth studio album titled “Murder Was the Case”. He would later sign a record deal with Warner Bros. Records, and from this record label release his sixth and first commercial album titled “The State vs. Radric Davis”.

Apart from the release of two albums this year, Mane made many guest appearances in various songs for other artists.

He was also credited with the release of the mixtape titled “Guccimania”.

2010: Gucci’s “The Appeal: Georgia’s Most Wanted” was his seventh studio album.

He did two collaborative albums with Ferrari Boyz and BAYTL.

He did a couple of collaborations with other artists as well.

2012: “I’m Up” was released as a mixtape by Mane. This year, he also released another mixtape called “Trap God”. This featured collaborations with artists like Meek Mill, Future, and Birdman.

2016: Mane released two albums this year. They are “Everybody Looking” and “The Return of East Atlanta Santa”. Both albums topped charts in the Billboard 200 and the US R&B charts.

2017: Gucci Mane and Metro Boomin released a collaborative mixtape titled “Droptopwop”.  “Mr. Davis” and “El Gato: The Human Glacier” were his eleventh and twelfth studio albums. These were released this year.

“Mr. Davis” featured the most successful single of Mane to date “I Get the Bag”.

Other artists he has worked with over the years include Chris Brown, Drake, Rae Sremmurd, 2 Chainz, Selena Gomez, Young Thug, Migos, Rich The Kid, Fetty Wap and many others.

Gucci Mane is married to his longtime girlfriend Keyshia Ka’Oir, the owner and founder of Ka’Oir Cosmetics and Ka’Oir Fitness.

He already had a son with baby mama Sheena Evans. The son was born in 2007 and his name is Lil Sipp.

He has been involved with several legal issues on different occasions. In 2001, he was arrested on cocaine charges and jailed for 90 days.

In 2005, he was charged with murder after his companions shot and killed one man who attacked his group at a house in Decatur in Georgia.

The murder charge was dropped in 2006 due to insufficient evidence.

He has also been arrested for failing to complete community service, driving on the wrong side of the road, aggravated assault, attacking a fan, and so on.

In 2014, he was convicted and sent to jail for firearm possession. He spent two years in the United States Penitentiary in Terre Haute, Indiana.

He has been into controversies with other artists like Young Jeezy, Keyshia Cole, Yung Jock, and Waka Flocka Flame.