Surprise surprise – you can really get paid to play Fortnite!

It’s indeed one of the fun ways to make easy money playing games you enjoy. In this case, Fortnite.

This article explains how it all works and the different ways you can get involved in making money doing what you love.

Most importantly, this article also shows you the best companies out there that can pay you and make you money playing Fortnite.

So, yes, playing Fortnite game can be a money making hobby for you. You can definitely get paid to play Fortnite.

This is not a joke but a truth.

Many gamers are earning good money playing Fortnite, you too can emulate and get paid as well.

You will not become rich overnight playing Fortnite but you can make extra money that will help you take care of some extra bills.

Now, what is the Fortnite game? How is it played? How do you get paid to play this game? And, what are the best companies that will pay you to play Fortnite?

Keep reading to learn much more!

What is the Fortnite Game?

For the uninformed, Fortnite is a video game you can play on PC, console, and mobile. It is an online first-person shooter video game developed by a company called Epic Games.

This game was first released in 2017 and it is now available in three-game mode versions. All of the three mode versions share the same game engine and structure.

The features of each of these version of Fortnite can be summarized in the following words:

Fortnite: Save the World

This is a cooperative hybrid-tower defense-shooter-survival game for up to four players to fight off zombie-like creatures and defend objects with traps and fortifications they can build.

Wikipedia explains how this game is played:

“The game is set after a fluke storm appears across Earth, causing 98% of the population to disappear, and the survivors to be attacked by zombie-like “husks”.

The players take the role of commanders of home base shelters, collecting resources, saving survivors, and defending equipment that helps to either collect data on the storm or to push back the storm.

From missions, players are awarded several in-game items, which include hero characters, weapon and trap schematics, and survivors, all of which can be leveled up through gained experience to improve their attributes.”

This is a free-to-play battle royale game in which up to 100 players fight to be the last person standing.

This version of the game was released in September of 2017.

Players numbering from one to a hundred can play this game. A highlight of how this can is played is explained by Wikipedia:

“Fortnite Battle Royale is a player-versus-player game for up to 100 players, allowing one to play alone, in a duo, or in a squad (usually consisting of three or four players).

Weaponless players airdrop from a “Battle Bus” that crosses the game’s map.

When they land, they must scavenge for weapons, items, resources, and even vehicles while trying to stay alive and to attack and eliminate other players.

Throughout a round, the safe area of the map shrinks down in size due to an incoming toxic storm; players outside that threshold take damage and can be eliminated if they fail to quickly evacuate.

The last player, duo, or squad remaining is the winner.”

In this version, players are given complete freedom to create their world and battle arenas in the game. This version was released on December 6, 2018.

In this mode, Wikipedia further explains that with this version or mode:

“… Players are given complete freedom to spawn everything that is within the game on an island, and can create games such as battle arenas, racecourses, performing challenges, and more.”

How To Get Paid To Play Fortnite Game (6 Legit Ways)

You can download, install and get paid to play any of the versions of Fortnite game for your pleasure.

Also, you can still play this game and get paid. Here are some of the ways you can get paid to play Fortnite game.

1. Live Stream Your Gameplay on Twitch.

You can create a Twitch account and stream your Fortnite game.

Twitch is a streaming online video platform. Gamers use this platform to broadcast the games they play.

You can broadcast the Fortnite you play from your perspective. Viewers can interact with you and you get paid in different ways.

When you stream games with Twitch, you can get paid in the following ways:

You can join the Twitch Affiliate program

If your viewers are more than 50 subscribers and you have broadcast for at least 500 minutes in the past month.

The affiliate program will allow you to earn money from subscriptions and ad revenues. Viewers can also buy the virtual currency called “Twitch Bits’ and give it to you if they admire your broadcast.

Twitch will get a percentage from your Twitch Bits.

So, you split the revenue you earn with Twitch through affiliate marketing.

Whether you are new to Affiliate marketing or not, the following articles right on this Kingged.com website will help a lot:

If your broadcast becomes popular and you have a lot of engaged followers then brands can contact you for sponsorships.

They will pay you good money to mention and promote their products in your stream.

You can set a monthly subscription fee that subscribers are going to pay.

Twitch will also split the revenue from subscriptions with you.

Another way to get paid playing Fortnite is by competing in eSports Tournaments.

One of the eSports tournaments you can take part in is the Fortnite World Cup.

This is a competition whereby top players compete, either as a team or individual.

You have a chance to win big prizes after participating in this “world cup”.

The Fortnite World Cup is a free-for-all annual eSports competition that takes place every July.

If you are extremely talented at playing Fortnite, then make yourself available and enter the eSports Tournaments.

It would interest you to know that in 2019, 16-year-old Kyle ‘Bugha’ Giersdorf won the first-ever Fortnite World Cup. He took home the sum of $3million in prize money.

If you cannot play Fortnite but have experience of how it is played then you can bet on this game and get paid.

You can win real money when you bet and your predictions came to pass.

If you have more knowledge on how this game is played then you can increase your chances of winning the bet.

It would interest you to know that most online bookers or betting websites now offer eSports betting where you can bet and win on Fortnite.

So, consider betting on Fortnite competitions and get paid when you win your bets.

Also See: How To Get Paid To Go To School… and genuine programs that really pay!

4. Invest in the Shares and Stocks of Fortnite.

Fortnite is owned by Epic Games. This company is not selling its stocks for now.

However, you can get paid to play Fortnite by indirectly investing in it.

Yes, you can do this by buying shares of gaming companies that have shares of Epic Games.

Also See: Companies That Pay You To Sleep Studies for Research Purposes. 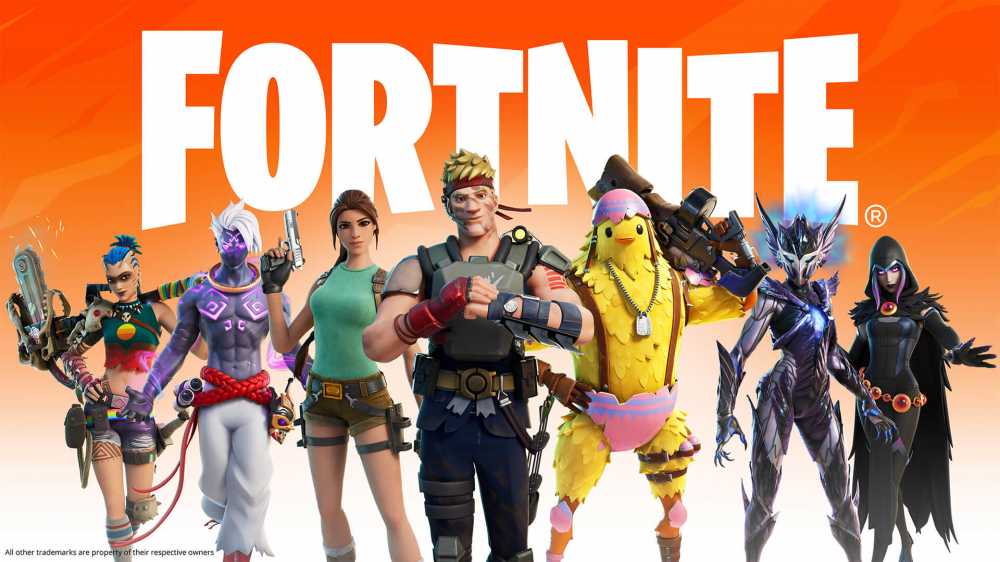 5. Get Paid For Boosting Other Players’ Accounts

You can help others players to boost their accounts by boosting their win statistics.

Some players might have got stuck on a level when playing this game.

You can use their same account and help increase their level for a price.

Some websites offer you the opportunity to boost other players’ win or kill statistics.

You can be paid up to $10 for helping others to boost and level up their Fortnite account.

6. Become a Fortnite Coach and Sell Your Expertise

You can also get paid to play Fortnite by coaching others. In this way, you would be earning money selling your expertise.

You can easily get students to coach if you have built a good reputation streaming this game on Twitch or winning at eSports tournaments.

You can charge up to $150 or above per hour as a Fortnite coach. It’s one of the really easy ways to make up to 200 dollars in just one day!

Other ways of getting paid playing Fortnite is by selling Fortnite merchandise like T-shirts, mugs, cell phone cases, and other materials.

Of course, you must have been a celebrity Fortnite player before you can partner with manufacturers to sell these items for money.

Also, you can quit the game and sell your winning Fortnite account to others for good money.

Also See: Companies That Pay You Get Tattoos for Advertisement Purposes.

14 Best Companies That Pay You For Playing Fortnite Game

The following are the best companies that pay you to play Fortnite game in different ways:

This company allows you to play Fortnite and earn points. You can then redeem your points for Steam credit and other valuable items.

This company allows you to play Fortnite and earn coins you can later redeem for PayPal cash, gift cards, and products.

You can use this website and offer yourself as a Fortnite buddy or coach. You can set the rate you want and get paid.

Also See: Companies That Pay You To Do Nothing (yes, seriously!)

This company rewards pro gamers to play Fortnite and earn $1,000. If you play and win, you will also get a free year of high-speed Internet including other packages.

Also See: How To Get Mobile Data for You Phone For Free.

You can join this company and get paid when subscribers pay for your Twitch streams and you earn through the ad revenues.

Click here to make money as a Twitch Affiliate.

Also See: How To Send Tweets and Get Paid By Big Brands.

Yes, good old YouTube is one of the companies that can pay you when you play Fortnite, thanks to for the earnings you make from the ads on your Fortnite broadcast videos.

Also See: How To Get Paid To Become a Professional Cuddler.

This website will pay you to offer to coach and helping others to boost their Fortnite account.

This is a Chinese conglomerate that owns a 40% share of Epic Games. You can buy the shares of this company and indirectly get paid playing Fortnite.

Other companies you should also check out include

As this very helpful article has revealed, it’s not only easy to make money playing the game of Fortnite, it’s actually possible!

This article also revealed the different ways to get paid and the genuine companies that really pay you to play the game.