If you want to know how to get paid to learn a language, you will definitely love this article.

It reveals exactly how this works, some of the ways to get paid to learn a language and some companies that either pay or help you get paid.

Can You Really Get Paid to Learn a Language?

Of course you can!

This article explains exactly how you can.

You see, there are many ways that we can communicate.

Some of those ways that we communicate with one another can be through gestures, by talking, or by saying nothing at all.

One other way that we can communicate with one another is sometimes just through a simple look. An example would be that “parent look” and the way that it is directed towards a child. The child knows that the parent is not pleased with what the child may have or has not done.

Through communication, we can express ideas, share our thoughts and thinking, express our feelings to one another, etc.

Communication is the key to any relationship.

5 Best Ways to Get Paid and Make Money Learning Languages

An exciting opportunity to get paid while learning a language is by serving in a particular role aboard a cruise ship.

Although the individual is not specifically paid to learn a language, it is sort of a byproduct of the employment position.

Generally, a cruise ship is comprised of not only passengers who are from a variety of different countries but the crew itself is multi-cultural.

Therefore, because the crew is comprised of an international group of individuals that perform various job functions aboard the ocean liner, interaction with them is frequent and intense.

Consequently, with the opportunity to enjoy different ports of call and different areas of the world, an added benefit is interacting with an international crew.

This is an extremely good opportunity to learn about different cultures and to be exposed to and learn different conversational languages.

An incredible opportunity provided to a young person, generally, is an adventure to be involved with a family that lives overseas.

Often, this family will hire an individual who will reside within the family residence and care for the children.

The opportunity to live with a family overseas who speaks a different language and lives in a different cultural environment has the makings of a wonderful adventure.

In addition to serving the family and meeting the needs of the children, the Au Pair will have an opportunity to be exposed to the particular language of the country that they are residing in.

Because America is seen as the land of opportunity along with other English-speaking nations in the Western Hemisphere, the English language is a popular language to learn.

Many individuals themselves or children of families want to learn the basic language so that they can be part of the American dream.

Therefore, when many individuals travel overseas they are often approached by citizens of that particular land to learn the rudimentary aspects of English.

Often these travelers are hoping to enjoy a significant cultural experience, enhance their educational learning, or just absorb the opportunity of being immersed in different cultures.

Therefore, this allows an individual to teach others English and receive some sort of pay in response.

More formal settings to teach the language require an individual to have a university degree.

These formal settings sometimes require a teaching certificate. This certificate is fairly inexpensive and once the individual is certified it allows the qualified teacher to instruct wherever an opportunity is provided.

The better-paying jobs tend to be found in Asia and if employed by a company, the teacher may sometimes in addition to a salary receive housing, travel expenses, and health insurance.

The final benefit of not only receiving pay to teaching the English language is ma educators will reciprocate and teach the individual their particular language or dialect.

In essence, then, the individual is being paid to learn a language.

Another opportunity that can be afforded to an individual being paid to learn another language is by working in various vacation resorts across Europe.

These residences are known as hostels. Hostels are like hotels but more of an opportunity to save money because these hostels are glorified dormitories where individuals share rooms and facilities.

Often, an individual can get a job within these hostels and the rental of the room is paid in this way.

Hostel workers who are proficient in a different language will also teach the residents or other individuals in the hostel how to speak the language that they are versed in and provide the basics of conversational language.

5. Work as a Foreign Service Officer

An exceptional way to get paid to learn a foreign language is to work as a foreign service officer within the United States government.

As an employee of the U.S. Department of State, a foreign service officer is dedicated to protecting American citizens around the world while promoting peace, prosperity, and support and in maintaining the interests of the United States abroad.

The ultimate purpose of the role of a foreign service officer is to support American citizens who are traveling abroad.

The benefits of being a foreign service officer include stability as a civil servant, a good employment package, opportunities to travel around the world and be part of something that has global ramifications.

Another employment position that pays individuals to learn a language is a translator.

To be employed as an interpreter or translator, an individual would need to be proficient in at least one language other than English.

However, once their position has been established and their critical role as an interpreter, the opportunities abound to learn multiple languages.

The job description of an interpreter would take that individual to many different places to fulfill that role of interpreter.

Some of those locations could include public schools, hospitals, courts, government offices, etc.

The average annual salary of a translator or interpreter is roughly $50,000 a year

4 Big Brand Companies That Pay You to Learn a Language

Below are some companies that either pay or help you get paid to learn a language:

One of the largest producers of software that helps a business manage its various processes is known as SAP.

SAP is a company that has a multi-national presence and its corporate headquarters is based in Germany.

This company is known for its ERP software.

Specifically, it assists companies with providing software that helps in data processing and allows the information flow across multiple organizations.

SAP understands the importance of having employees and customer representatives that are multi-lingual in communicating with their global customers.

Consequently, they pay a number of their employees to take language lessons so that they can communicate with their customers without the need of any translator or interpreter.

Most likely they feel that this speaks loudly to their customers in that the company has taken time to educate their employees on the importance of communication and in speaking the native tongue of its customers.

Specific languages that SAP is particularly interested in having their employees well-versed in include French and Spanish. 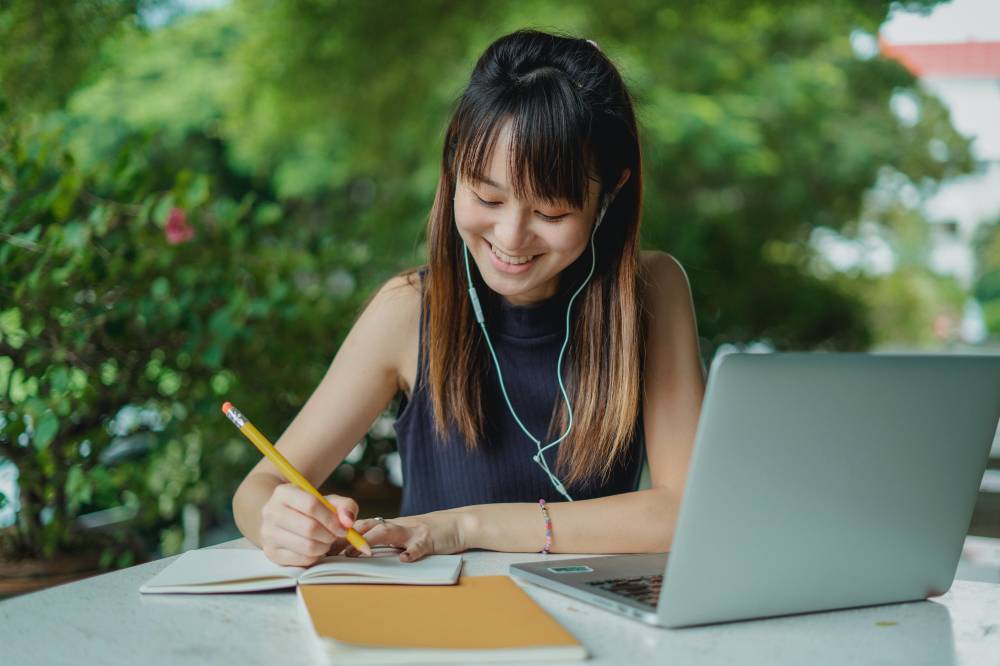 To add to the marketing strategy of this company and buying a U.S.-based firm, they offered their employees roughly $9,800 if they could demonstrate proficiency in an international test of English.

If the employee scored 900 points or better they were provided this bonus and then their formal training to learn the English language began.

The company saw the wisdom of investing in multi-lingual speaking employees to provide better service to its customer base in the English-speaking country of the United States.

This was not only a marketing move but a revenue-generating motivated strategy to increase its profits in America.

Due to the importance of speaking a country’s language and making a marketing and financial impact for the company, Nissan Motor Company has also been at the tip of the spear in regards to encouraging and offering their employees foreign language training.

This has been a part of their corporate model for many years because they were trying to make inroads into the American market and grab additional revenue generating shares of the market.

Eventually, a headquarters in North America was set up in Franklin, Tennessee, and has adopted its official corporate language as English

Additionally, Nissan offers other language training for its employees that encompass more of the global aspect.

This corporate strategy provides interpersonal training and then once the employee arrives in the distant land, additional tutoring is provided.

Trivago is a hotel research company. As an Internet-based company, they do hotel comparisons for their membership that provide the best night’s lodging at the lowest rate possible.

In addition, Trivago allows individuals to create a review of their experience which also helps the individual traveler.

The comprehensive website not only pinpoints the location of the hotel but provides a listing of all the amenities.

50 countries are represented by their working staff. Their based multi-cultural employment staffing complement is offered language training.

Specifically, the German language is provided as the company is headquartered in Germany.

Also, as part of benefits offered to employees, several languages are offered through ongoing classes.

How to Get Paid to Learn Languages FAQs

How Much Does a Language Tutor Make?

Of course depending upon where the tutor lives, the salary can vary. However, the majority of language tutor salaries currently fall between $38,000 and $60,500.

Normally, the individual that is tutoring keeps a fairly flexible schedule and can operate from home or in the presence of the student.

Absolutely. American Sign Language is a complete and all-encompassing aspect of the English language with variations of grammar that differs from the spoken English language.

It is primarily the language of many who reside in North America who are challenged with deafness or being hard of hearing.

Therefore, sign language tutors are very much in demand and are part of the educational language process.

My wife is bilingual and I tried some years ago to learn the Spanish language.

I invested in tapes and diligently spent hours after hours trying to learn conversational Spanish. I found myself learning about taking a vacation with luggage and asking where the bathroom was which was not what I wanted to be asking using my wife’s primary language.

Consequently, I put aside the tapes and began to learn from her directly and the first thing that she had me do was learn how to pronounce the alphabet in the Spanish dialect.

Learning a different language is the beginning of a pathway to understanding different people, cultures, and the exchange of new ways of thinking.

Therefore, an individual wishing to learn a new language, make an impact in people’s lives and expand their horizons are options that are available in both the private, business and government sectors.

As this article has shown, it’s indeed possible to get paid to learn a language and there are companies that really pay.

The global community is shrinking, and the importance of language has never been greater.

Without the ability to communicate with one another there can be no meaningful way of exchanging ideas, having dialogue, or deeper and meaningful interactions.

For businesses, it makes good sense to train their staff in learning multiple languages.