He also makes a lot of money from his own record label International Music Group.

Flo Rida’s source of worth is all based on his music and from his own record label International Music Group.

Not much is known regarding either his father or mother, but he does have 7 sisters, including his twin sister. He and his twin are the youngest of the 8 siblings.

Information regarding his early life is quite sketchy. He was part of a rap group called Groundhoggz while he was in 9th grade.

Tarmar struggled during his early days taking several odd jobs to try and make ends meet. He spent some time living on the street and in cheap hotels.

2000: Flo Rida signed with Hot Boyz, but there is no information on anything that happened in his career during the this time.

2004: He left Hot Boyz and signed with Poe Boy where he began getting to know some of the Southern hip-hop artists including T-Pain, Rick Ross, Trick Daddy and others. He appeared on the Promotional single “Birthday” with Rick Ross

2007: He made a guest appearance on DJ Khaled‘s Album’s on the song “Bitch I’m From Dade County.”

2008: Flo Rida released his first album “Mail On Sunday.” The first single from the album “Low” featured T-Pain and reached number 1 on the Hot billboard 100. The song was also included in the movie Step Up 2: The Street.

This same year he also appeared on 3 other artist’s albums DJ Kaled’s “We Global,” Ace Hood’s “Gutta” and Lady Gaga’s “The Fame.”

2009: Flo Rida released his album “R.O.O.T. S.” and one of the singles from this album “Right Round” which featured Kesha Broke the record for the most digital sales in 1 week.

In February it top the charts. The album itself was number 8 on the Billboard charts at the time of its release and became the 8th best selling album of 2009.

He also had guest appearances on DJ Felli Fel’s “Feel it” and Lady Gaga’s “Star Struck.”

It was at this time that he also created his own record label, International Music Group and since signed Brianna and Get Fresh to the label.

2012: Flo Rida released his 4th album “Wild One” and the single from the album titled “Good Feeling” has lines from the Etta James song “Something Got A Hold On Me” (1962) and this song  was later dedicated to her memory after her passing that same year.

“Good Feeling” got up to the number 3 spot in the United States and topped the charts in Scotland, the UK, Austria and Germany. It reached the top 5 in 20 other countries.

In May of 2012 Flo Rida performed at the close of show at the First Q102 Springle Ball concert and turn around the next day and performed “I Cry” with Jennifer Lopez on American Idol and also on America’s got talent.

2013 He joined with Marc Mysterio on the song “Booty On The Floor” to help benefit the families of victims of the Boston Marathon Bombing.

2014 Flor Rida released a single from his not released EP “My House” The Single G.D.F.R. Featuring Sage the Gemini became Rida’s 10th top hit in the United States.

He was also featured in Nickelback’s “Got Me Running Round” from the musician’s “No Fixed Address” album and in Jeremih’s “Tonight Belongs to U.” 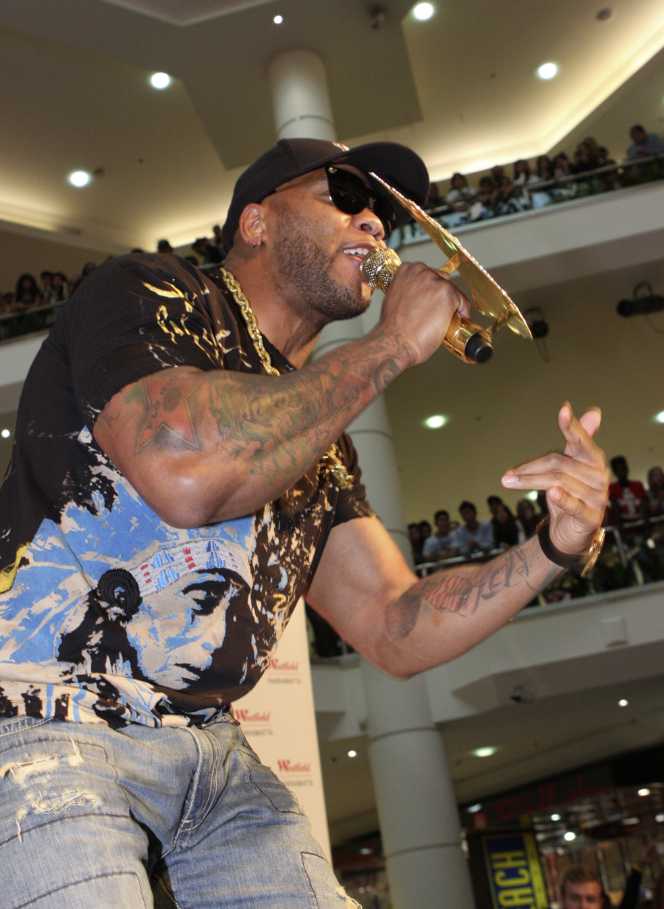 2015: He released two additional singles from his EP “I Don’t Like It I Love It!” This song featured Robin Thicke and Verdine White. He also released the title track “My House.”

2017: He released the single “Hola” featuring Maluma followed By “Dance.”

He has some concerts scheduled for 2019.

Flo Rida’s personal life has been filled with female companionship which has lead to some paternity issues.

During 2011 Gloria Holloway also claimed that Flo Rida was the father of her child, but these claims were proven false. He then dated Melyssa Ford from 2011 to 2012.

In 2014 a paternity test named Rida the father of Georgette Williams son and 2017 Alexis Adams ask for a raise in Child Support for Rida’s Son Paxton that was born the year before. She claimed that she could not support the child on the $5,000 a month that Rida was all ready paying her in support.

In 2018 rumors via Facebook post began to claim that Flo Rida had died. As of this year has been confirmed that the rapper is alive and well.