If you are looking for a profitable side hustle then you should consider making money by flipping phones.

This article tells you all about how it works. It particularly tells you secrets to successfully flipping phones.

It also answers several questions you might have about it all, to help you get the best results from the process.

So, yes, you can venture into this as a side side hustle and you can make really good money.

If you are wondering whether you should, why not?

After all, “nothing ventured, nothing gained”, right?

To succeed with the flipping of phones for profit, there are important steps to take.

By taking the right steps when buying and reselling phones, you can make good money easily.

What is the Flipping of Phones?

Flipping of phones is the process of buying a phone below market value and selling it for higher.

It can also be the process of buying a used, unwanted or broken phone, fixing it, and reselling it for a profit.

Yes, it is as simple as that.

Why Flipping of Phones to Make Money?

Because there are lots of people who want phones and are paying good money for them.

Unless one has been living in a cave, it’s obvious that mobile phones are very popular gadgets all over the world. And they will only get more popular, as we go along.

Millions of people use them to communicate, access information and carry out online tasks every single day.

Phone makers leverage on the demand for phones in constantly creating new and updated versions.

And that’s part of the problem you will be solving… and smiling to the bank while doing that.

You see, we all know that the best mobile phones don’t come too cheap. Some can be used to do things like playing games for money, browsing the web for money, completing offers for money, watching videos for money and even watching Netflix for money.

They certainly don’t come cheap if you want the best phones.

For instance, Apple’s iphones and Samsung Galaxy phones are high-end phones that now sell for hundreds and even thousands of dollars.

For those who can afford these big brand phones, it’s just a matter of placing new orders whenever there are new releases.

For those who cannot afford these high-end phones, they have to make do with the budget phones or cheaper versions.

Either that or they can buy from those flipping phones for cheaper than they would cost to buy directly from phone companies.

Some of course are flipping phones mainly to make money as a business idea.

And in some cases there are those doing this to prevent unwanted or broken phones ending up in landfills.

Yes, flipping of phones can certainly help the environment this way.

How to Make Money Flipping Phones

How Do You Choose the Right Phones?

You should research the phones you want to buy and resell beforehand, especially to calculate how much you are going to make from the process. 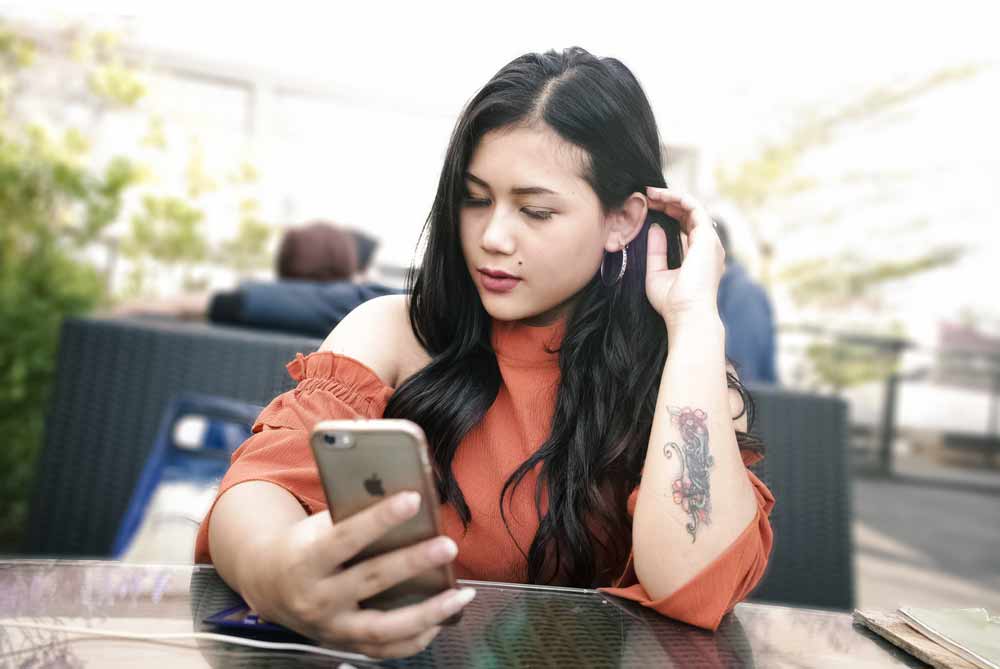 There are lots of things to watch out for when you research phones you want to flip.

You can use a website like Flipsy.com to research the worth of your phone and where you can easily resell it for good money.

Flipsy.com looks all over the web to find trust-verified stores that buy phones for cash.  They offer 30% more than trade-in programs.

Use the links provided on Flipsy.com to find the worth of your iPhone, Samsung Galaxy phone, Tablet or other types of mobile device.

You should be able to sell your phone for cash or for store credit.

You can compare prices in the trade-in and cash offers from the different buyback stores, especially those that partner with Flipsy.com

Where Do You Buy Phones at Low Cost to Flip?

There are lots of places you can buy phones for reselling. These include:

Sign up with websites such as Craigslist.org and search for used phones listed by sellers. You would be connected with the seller through this classified ads website.

If you have a good negotiating skill, you will buy the phone at the cheapest price.

So, you can sell at profit. If you have cash-in-hand, private sellers would easily sell to you at a reasonable price.

Letgo is another platform that allows users to buy, sell and chat with others locally.

You can use the app or website to find the used phones that you can resell. Listing on this platform is free. Click on the phone displayed and you should see the prices.

Yes, Facebook can now be used for a lot more than just connecting with your friends and family. Their marketplace is now used by people all over the world, for buying and selling just about anything.

You can even set up a dedicated Facebook page for buying used phones.

Apart from the above, there are many other marketplaces online you can use, such as sites like Amazon for buying and selling.

You can also use backpage alternative classified ad sites.

Some of the sites and marketplaces even connect you with private sellers of used phones.

You can also visit flea markets, garage sales, and thrift stores in your neighborhood to find cheap used phones to buy.

There is a high chance that you will find good and quality phones when you patronize these places. 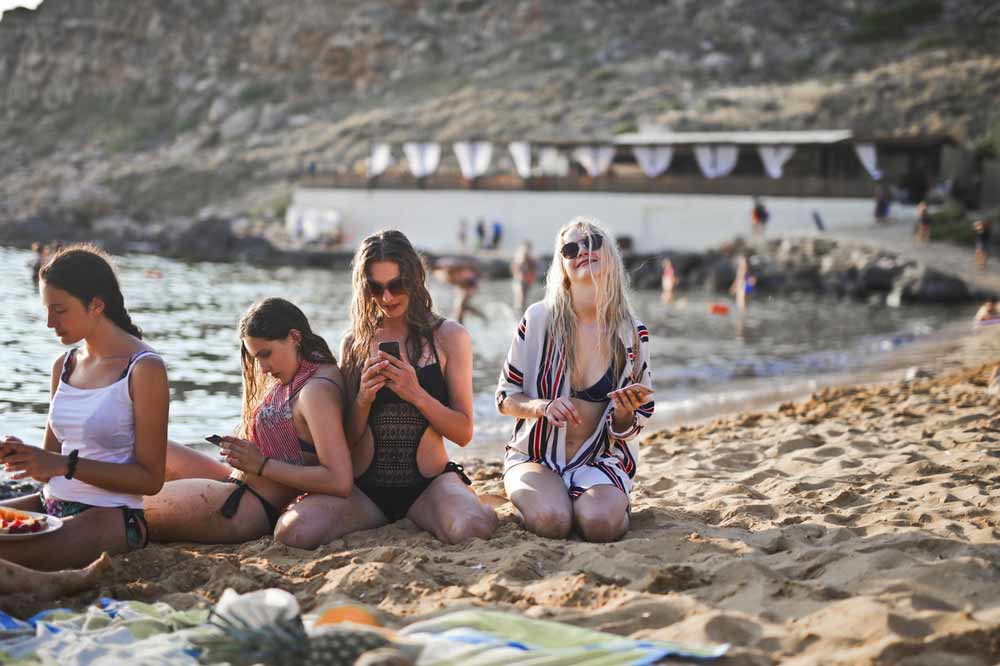 Guide to Buying Phones to Flip

When it comes to buying used phones to flip or resell you should look out for features that would favorably affect the value of the phones.

There are four basic phone features to always consider, when looking to buy. These are known as the 4 Cs and they include:

If you are buying more than one phone from vendors, you are likely to get discounts.

So, if you have the money to buy used phones in bulk, don’t hesitate to do so, as you end up getting a lot more value for your money.

iPhones usually give you more profit than other phone brands.

You should also know that the latest versions of phones will sell better than old versions.

Phones with broken or cracked screens would cost less to buy than phones that are in a good. If you get into the habit of finding such phones to buy and are able to fix them easily, that can make you a lot more when reselling them.

If not, you should use the services of expert phone repair technicians to fix the phones before you start to sell.

Now, that you have a phone to flip, you would now like to sell it for profit. There are basically two categories of places to sell your phones. These are:

Selling phones in the private market is simply selling to interested buyers directly. It’s also selling to buyers from your home, during garage sales, through classified ads websites, or at flea markets.

Selling this way allows you to contact and connect with the buyers directly.

Selling phones at private markets enables you to sell at the highest possible prices. Note though that there is no guarantee of sale this way, especially if there is no willing buyers.

The sale of phones in the private market can take longer time and you may have to pay listing fees, especially if you are using some online marketplaces. You may also spend more time negotiating prices and delivery.

Another disadvantage of selling your phone through private markets is that sales might require in-person meet-ups and there is a high potential for scams.

Selling your phone through buyback vendors involves signing with websites where they assess your phones, give you quotes and even buy them.

You usually enjoy guaranteed sales, fast sales, and payments if you choose to sell through these vendors. Some of them would also provide you with free shipping kits so you don’t pay any money sending the phones to buyers.

How these buyback programs work

You will provide info about the phone you want to sell…

Then you receive a payout quote from the company…

If you accept the quote, a packing slip would be sent to your email…

You then ship the phone to the company…

When they receive the phone, money would be sent to you via PayPal, check or direct deposit.

Below are some you might want to check out for your phones:

Also See: How To Find Scrap Yards Near Me.

Phones You Should Avoid Buying to Resell

If you truly want to make money fast flipping phones, then you must buy and sell the right phones. Yes, some phones are not worth your time and money. 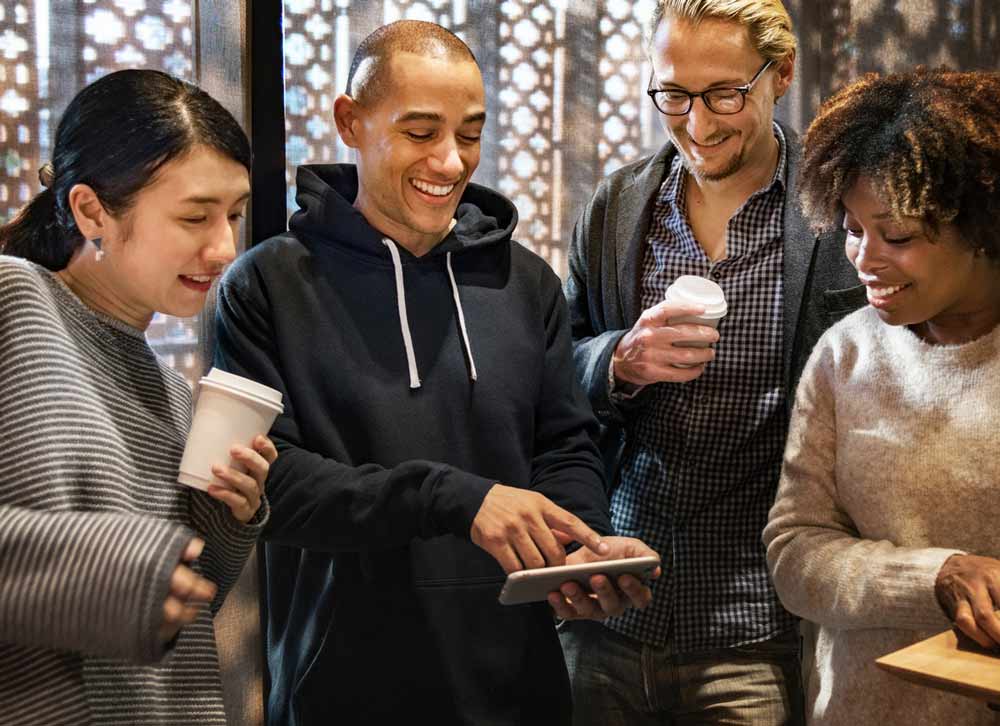 Here are details of some of the phones you must avoid when flipping phones to make money:

How to Calculate the Profit Before Flipping

It is basic math when it comes to calculating how much you are going to make flipping phones.

You should simply subtract the selling price from the cost.

The selling price of the phone is the amount paid by the buyer in the private market or the quoted price sent to you by the buyback companies.

The cost price of the phone involves the summation of different expenses like:

The profit is the difference between the selling price and the cost price.

Once your total selling price exceeds your total cost price, then you have made a profit.

The size of your profit will depend on several factors.

Also See: How To Get One Day Sale Specials.

How Much You Can Make Flipping Phones

How much you will make flipping phones will depend on a lot of factors. These include:

You can use flipsy.com to compare current offers from dozens of companies competing for used phones.

You will be directed to the buyer’s website to complete your transaction if you see the price or quote you like.

Also See: Ways to Get Six Flags Coupons and Discounts.

As you have seen from reading this article, flipping phones to make money is not rocket science. You will make a profit if you do it right.