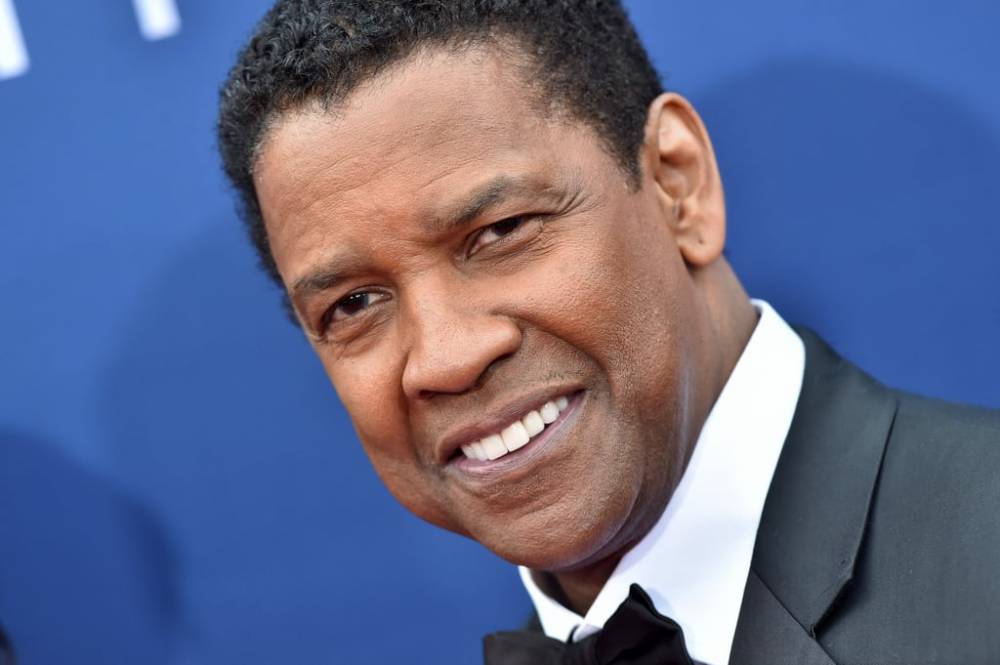 Denzel Washington’s net worth is estimated to be around $290 million, as of 2022.

This movie superstar is well known for his portrayal of real-life characters in most of his blockbuster films.

He has won many awards in his career and has been nominated many times for some of the best prestigious awards.

He is easily one of the highest-paid celebrities and actors in Hollywood.

Washington’s main source of wealth is the income he makes from his acting career, which has spanned many years.

He also makes money from movie production and directing.

This living legend in acting also obviously makes money from brand endorsements and several other deals on the side.

Denzel Washington was born on the 28th of December, 1954. His real names are Denzel Hayes Washington Jr. His birthplace is in Mount Vernon, New York.

His father was Denzel Hayes Washington Sr. who died in 1991 from cancer. Senior Washington was an ordained Pentecostal minister.

He was also employed by the New York Water Department. He also worked at a local S. Klein department store. He was a native of Buckingham County, Virginia.

His mother is Lennis “Lynne”(née Lowe). She owned and operated a beauty parlor in Georgia. She was partly raised in Harlem, New York.

Denzel Washington’s parents divorced in 1968 when he was 14 years.

He attended Pennington-Grimes Elementary School in Mount Vernon before his parents divorced. His mother then sent him to complete his elementary school at Oakland Military Academy in New Windsor, New York.

This saved him from the bad influence of the neighborhood where most of the guys he hung out with went to prison for different crimes.

He later earned a degree in Drama and Journalism from Fordham University.

He studied acting at the Lincoln Center at Fordham. He also attended the American Conservatory Theater in San Francisco, California, for his graduate school study.

He started his professional acting career after returning to New York.

1977: Washington made his debut in the made-for-television film title “Wilma”.

1981: He appeared in the film “Carbon Copy”. He played a private first class Melvin Peterson in “A Soldier’s Play” produced by the off-Broadway Negro Ensemble Company.

1982: He shared the Distinguished Ensemble Performance Obie Award for his performance in “A Soldiers Play” that premiered in 1981.

He started starring as Dr. Phillip Chandler in NBC’s television drama series “St. Elsewhere”. His performance in this TV series that ran for 6 years (up to 1988) gave him a major career breakthrough.

1987: One of his best performances is in his portrayal of Steve Biko – the South African anti-apartheid political activist – in the movie “Cry Freedom”.

His performance in this film earned him a nomination for the Academy Award for Best Supporting Actor.

1989: He starred in the movie “Glory” as a defiant, self-possessed ex-slave soldier. His performance won him the Academy Award for Best Supporting Actor.

He also appeared in the films “The Mighty Quinn” and “For Queen and Country”.

1990: Denzel Washington starred in “Mo’ Better Blues”, a film produced by Spike Lee. In this movie, he was Bleek Gilliam.

1991: He starred in the romantic drama “Mississippi Masala” as Demetrius Williams.

1992: Washington portrayed the character of Malcolm X the militant civil rights leader in a film of the same name “Malcolm X“.

He was nominated for the Academy Award for Best Actor following his most critically acclaimed roles and performances in this historical film.

1995: “Crimson Tide” and “Much Ado About Nothing” are respective films and comedy that Washington featured in this year.

1996: He starred with Meg Ryan in the military drama film “Courage Under Fire”. He also featured with Whitney Houston in the romantic comedy “The Preacher’s Wife”.

1998: He starred in his third film collaboration with Spike Lee in the movie “He Got Games”.

1999: He portrayed the boxer Rubin Carter in the film “The Hurricane”. For his performance in this film, he received a Golden Globe Award for the Best Actor – Motion Picture Drama in the following year.

He was the first black man to win the award in 37 years. Also, he received a Silver Bear Award at the Benin International Film Festival.

He also starred alongside Angelina Jolie in the movie “The Bone Collector”.

2000: Washington appeared in “Remember the Titans”, a Disney film that grossed over $100 million in the US.

2001: He starred in the thriller “Training Day” and received an Academy Award for Best Actor for his role. He became the second African American after Sidney Poitier to win in that category.

Denzel Washington directed his first movie this year. The film was titled “Antwone Fisher”. He also co-starred in this film.

2003: “Out of Time” is another film that Washington appeared in.

2006: He starred alongside Clive Owen, Jodie Foster in the film “Inside Man”. He also played a major role in the film “Déjà Vu”.

2007: He starred alongside Russell Crowe in “American Gangster”. He was the director of the drama “The Great Debaters”.

2009: Washington starred opposite John Travolta in the film “The Taking of Pelham 123”

2010: After some years of absence from the theater, Washington returned to the theater in the Broadway play “Fences”. For his role in this theater play, he won a “Tony Award for Best Actor in a Play”

Washington was the star in the post-Apocalyptic drama set in the near future “The Book of Eli”. He played the role of a veteran railroad engineer in the film “Unstoppable”.

2012: He received a nomination for an Academy Award Best Actor in the film “Flight”. He also starred alongside Ryan Reynolds in “Safe House”.

2014: “The Equalizer” is an action thriller to which Washington played a role.

Denzel Washington is married to Pauletta Pearson. They have four children, named John David, Katia, and twin Olivia and Malcolm.

He is a devout Christian who reads the Bible daily.

Washington renewed the wedding vows with his wife in 1995 in South Africa. Archbishop Desmond Tutu officiated in the ceremony.