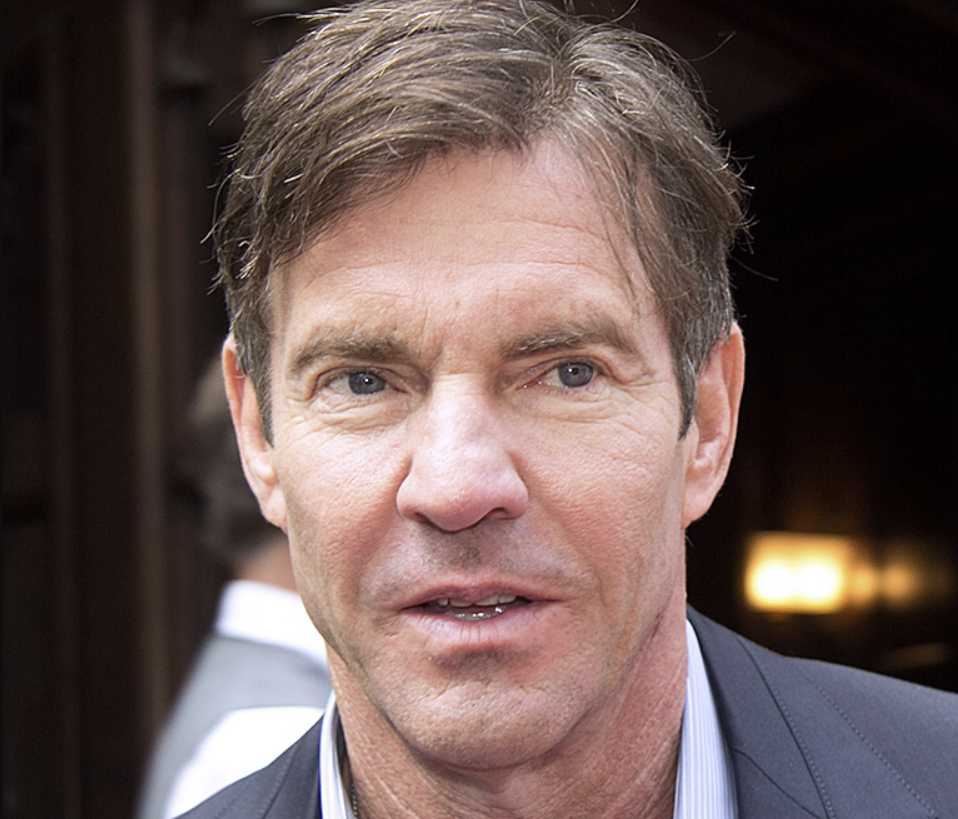 Dennis Quaid’s net worth is estimated to be around $40 million dollars, as of 2020.

Born Dennis William Quaid, he is a very popular American actor. He is well-known for performing in a wide variety of dramatic and comedic roles throughout his long-lasting career.

He is famous for his role in the 1979 hit movie “Breaking Away”.

His source of wealth includes movie acting and has also made a lot of money from television appearances.

He also makes money producing and directing movies, as well as writing songs.

This legendary actor and popular icon definitely has had pretty amazing skills that have earned him a celebrity status especially in the 1980s.

He was born Dennis William Quaid on the 9th of April, 1954. His birthplace is Houston Texas.

His father was William Rudy Quaid, an electrician, while his mother was Juanita B. “Nita” Quaid, a real estate agent.

He has an older brother called Randy Quaid – a famous actor. Both brothers were raised in the Baptist Faith, and they were made to embrace spirituality in their lives. They grew up in Bellaire, Texas.

It was in high school that he began to show interest in acting through various drama classes. He enrolled at the University of Houston after graduating from Bellaire High School in Bellaire, Texas.

He dropped out of the University just before graduating to pursue an acting career in Hollywood.

This decision was influenced by the success of his older brother Randy in acting.

From 1975, Dennis Quaid got involved in some movies and comedy shows.

His career truly started blossoming from the beginning and hasn’t waned since then.

1979: Dennis Quaid appeared in “Breaking Away”, a comedy-drama which received positive accolades and grossed over $20 million in North America.

1980: He appeared as ED Miller in the “The Long Riders” a Western film directed by Walter Hill. The film was entered in the 1980 Cannes Film Festival.

He also played the role of Mad Grossman in the comedy film Gorp. Quaid also made appearances in the 1980 romantic comedy film titled “All Night Long” and the slapstick comedy film “Caveman”.

1981: Quaid played the role of Travis Child in the musical drama film “The Night the Lights Went Out in Georgia”.  He also appeared as an extra in the buddy military comedy film “Stripes”

1983:  He stared in the romantic drama sports film “Tough Enough”, in the action thriller film “Jaws 3-D”, and an epic historical drama film “The Right Stuff”

1984: Quaid stared as Alex Gardner in “Dreamscape” an epic historical drama film. 1985: He acted Willis Davidge in the film. “Enemy Mine”.

1987: In this year, Dennis Quaid featured in three films titled “The Big Easy”, “Innerspace” and “Suspect”

1988: In the movies, “D.O.A” and “Everybody’s All-American” he appeared as Dexter Cornell and Gavin Grey respectively.

1989: He appeared a Jerry Lee Lewis in the biographical film “Great Balls of Fire!”

1990: He stared in “Come See the Paradise” as Jack McGurn and in “Postcards from the Edge” as Jack Faulkner.

1993: Quaid featured in the following films “Wilder Napalm” as Wallace Foudroyant/Biff the Clown, “Undercover Blues” as Jefferson ‘Jeff’ Blue, and in “Flesh and Bone” as Arlis Sweeney.

1994: He appeared as himself in the documentary film “A Century of Cinema”. In this same year, he played the role of Doc Holliday in the film “Wyatt Earp”

1995: He played Eddie Bichon in “Something to Talk About“.

1996: Quaid played the lead role as Bowen in “Dragonheart”

1997: He stared in “Gang Related” and “Switchback” as Joe Doe/William and “Frank LaCrosse respectively.

1998: Quaid was a lead star in the romantic comedy-drama film “The Parent Trap” where played Nicholas “Nick” Parker. He also played Joshua Rose/Guy in the war film “Savior”.

In the same year, he played Hugh in the comedy-drama film “Playing by Heart”.

1999: He appeared in the sports drama film “Any Given Sunday” as Jack ‘Cap’ Rooney.

2000: In the science fiction thriller drama film “Frequency” Quaid acted as Frank Sullivan. In the same year, he starred in the crime drama film “Traffic” as Arnie Metzger.

2002: He featured as Jim Morris and Frank Whitaker in the films “The Rookie” and “Far from Heaven” respectively.

2003: He was cast in “Cold Creek Manor” a mystery thriller film.

2004: This year, Dennis Quaid appeared in several movies that include the war film titled “The Alamo”, a science fiction disaster film titled “The Day After Tomorrow”, a comedy-drama “In Good Company”, and a survival drama film “Flight of the Phoenix”.

2005: He played Rear Admiral Frank Beardsley of the United States Coast Guard in the family comedy “Yours, Mine and Ours”

2006: He featured as President Joseph Staton in “American Dreamz”, a comedy.

2009: He acted as General Clayton M. Abernathy / Hawk in the military science fiction action film “G.I. Joe: The Rise of Cobra”. He also appeared as Payton in the science fiction horror film “Pandorum”.

2012: In this year, he appeared films like “Beneath the Darkness”, “What to Expect When You’re Expecting”, “The Words”, “Playing for Keeps” and “At Any Price”.

2013: He played the role of Charlie Wessler in “Movie 43” an anthology comedy film.

2015: He appeared as Colonel Roger Charles in the political docudrama film titled “Truth”.

2017: He was Adult Ethan Montgomery in “A Dog’s Purpose”, comedy-drama adventure film.

Dennis Quaid has featured in varieties of Television shows, movies and documentaries from 1977 till date.

Dennis Quaid has been married three times and has three children. His first wife was actress P. J. Soles. They were married on November 25, 1978, and they divorced in 1983.

He married Kimberly Buffington, a Texas real estate agent, on July 4, 2004. They have fraternal twins Thomas Boone and Zoe Grace, born via surrogate on November 8, 2007.

Quaid is a Christian. He has interests in music, flying, golf, and baseball.

He is dedicated to helping many charities close to his heart.