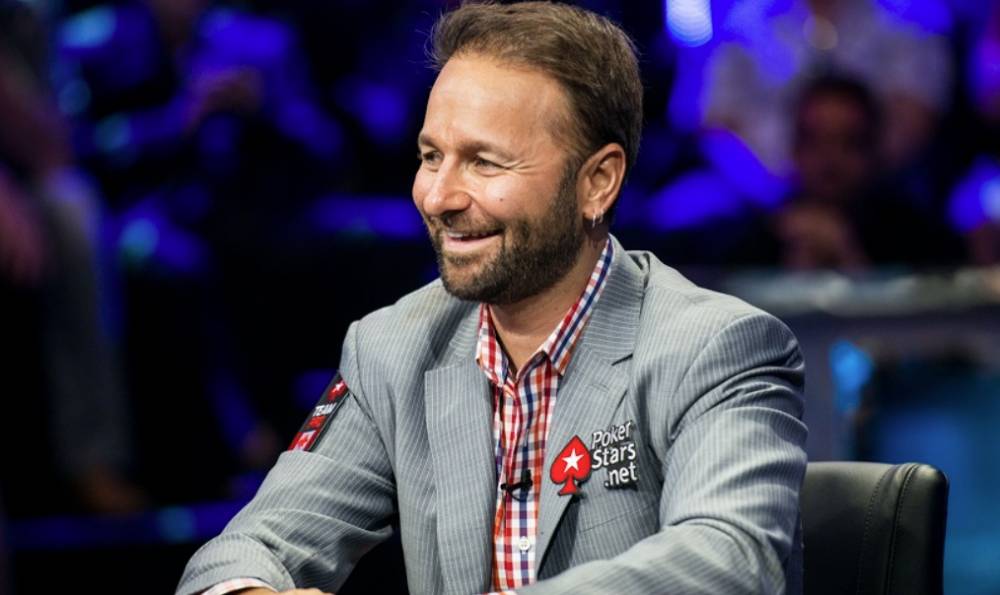 Daniel Negreanu’s net worth is around $70 million dollars, as of 2023.

He is a champion poker player who has made great wealth playing the game professionally.

He has played at the World Series of Poker and won 6 Bracelets in his career.

Negreanu is known as the third biggest live tournament poker winner of all time, having accumulated more than $42,000,000 in prize money.

Only Justin Bonomo and Bryn Kenny are above in this ranking.

Negreanu’s main source of wealth is his winnings playing poker.

He also won $1 million as the winner of the 2016 Shark Cage tournament organized by PokerStars.net.

Negreanu has sponsorship endorsements related to poker and he has also appeared in various TV shows.

He also makes money from writing, thanks to the couple books he has written on poker.

Also See: Strip Poker and How to Play It Excellently

Daniel Negreanu was born on the 26 of July 1974. His birthplace is in Toronto, Ontario, Canada.

His parents are emigrants from Romania who decided to settle in Toronto Canada. His father’s name is Constantin, an electrician who also sold confectionery.

Negreanu has an older brother named Mike, who is five years his senior.

He attended Pineway Public School in North York but dropped out of high school due to poor credit grades.

The principal of the school had complained to his mother and also threatened to expel him for ignoring his studies, the school rules, and also for his poor manners or behavior.

At an early age, Daniel started nursing an ambition to become very rich and at the age of 15, he learned how to play poker and spend most of his time around betting houses and casinos.

In an interview with CardsChat.com, he was already spending time in pool halls, hustling, sports betting, playing cards and making money at the age of 16.

After he dropped out of high school, Negreanu became a rounder and played at local charity casinos like Casino Country and Fundtime Games.

At the age of 22, Negreanu left Toronto for Las Vegas where he met and started dating poker player Evelyn Ng.

Evelyn would later become one of the best known professional poker players at the time.

By the way if you are a teenager reading this, there are other ways you can get paid while having fun and enjoying yourself, even without playing poker, such as:

1997 – 1998: Negreanu became known as an established poker player when he became successful with three tournament wins.

He also played at the World Poker Finals at Foxwoods Resort Casino and earned $55,064. He was named the tournament’s all-around player.

His success at this tournament made him the Youngest WSOP bracelet winner in Poker history until Scott Fischman broke the record in 2004.

This year, he also participated at the Spring Championship of Online Poker (SCOOP) and won the prize money of $216,000 in the $5,200 PL Omaha [6-Max] tournament.

Still, in 2016, he won $1 million as the winner of the 2016 Shark Cage tournament organized by PokerStars.net.

He has appeared in many TV series and films as a poker player and also as host over the years. These include “Late Night Poker”, “Poker After Dark”, and “High Stakes Poker”.

Other shows he has featured include “Rob and Amber: Against the Odds” and “Poker Superstars Invitational Tournament”.  He appeared in season two of the TV series “Sports Science”, and also in an episode of the CBC Television program “Mr. D”.

He has also appeared in films like “X-Men Origins: Wolverine”,  “The Grand”, and  “Lucky You”.

Also See: How To Get Paid To Watch Fun Movies

Daniel Negreanu married Lori Lin Weber in 2005. The couple separated and divorced in 2007.

In 2019, he married actress Amanda Leatherman. The couple have no children yet.

Negreanu loves to help people in financial need and he is into philanthropy.  He regularly appears at the charity “Ante Up for Africa”.  This charity raises money for the crisis-torn region of Darfur – an impoverished region of western Sudan.