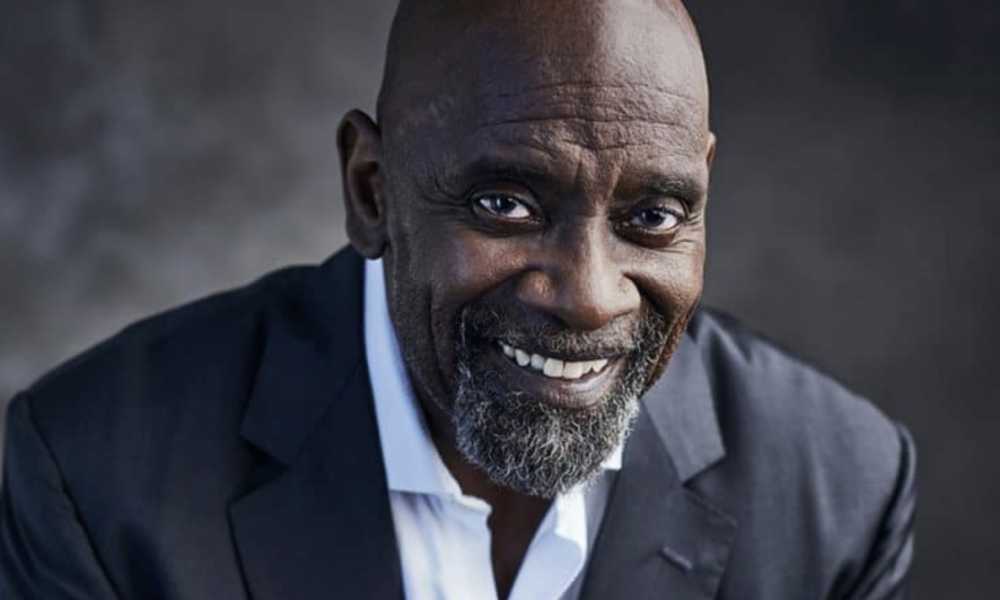 Born Christopher Paul Gardner on the 9th of February 1954, he is the CEO of Garner Rich & Co, a stockbroking firm he founded in 2007.

Gardner is best known for his bestselling 2006 autobiography titled “Pursuit of Happyness” which was later adapted into a blockbuster movie of the same name and released by Columbia Pictures in 2006.

The movie grossed more than $300 million worldwide and it earned Will Smith an Academy Award-Nomination for Best Actor.

Gardner’s story of homelessness and fatherhood have made him popular. He is now a successful businessman, motivational speaker, and author.

A significant portion of his wealth comes from his stock brokerage firm “Gardner Rich & Co”.

He makes money from the sale of his books, and also from as a motivational speaker around the world.

By the way, even if you can’t make money as a motivational speaker or writer like Chris Gardner, below are some articles right here on Kingged.com detailing ways to make money doing what you love:

The beauty with every single article above is that you don’t have to pay any money to get started.

Chris Gardner’s full name is Christopher Paul Gardner. He was born February 9, 1954. He was born in Milwaukee, Wisconsin, US.

Gardner’s parents were Thomas Turner and Bettye Jean Gardner. His father and mother had children from their previous unions.

Gardner is the only boy and second child between his father Thomas and mother Bettye. His half-sister is Ophelia who is older than him, and who is also from a previous union.

His younger half-sisters are Sharon or Kimberly who are children born to mother and Freddie Triplett.

Chris Gardner grew up with his mother who is married to his stepfather. The stepfather was abusive to his wife and children.

At one time, his mother, Bettye, was imprisoned because Triplett reported her to the authorities for welfare fraud. Following this incident, Gardner and his sisters were placed in foster care.

When Gardner was eight, his mother was convicted of trying to kill their stepfather Triplett. He and his sisters were returned to foster care for the second time.

Gardner got acquainted with his maternal uncles especially Henry who was a Navy veteran and later became a father figure to him.

Henry drowned in the Mississippi river when Gardner was nine, and from this time his mother encouraged him from prison to only depend on himself.

Gardner enlisted in the U.S. Navy when he completed high school. He was posted to North Carolina and stationed at Camp Lejeune.

He worked as a Hospital Corpsman for four years at his station. He worked with Dr. Robert Ellis, a decorated cardiac surgeon from San Francisco.

In 1974, Gardner was discharged from the Navy. Thereafter, he started learning how to manage a laboratory and also to perform various surgical techniques.

1970: Gardner enlisted in the U.S. Navy after he finished secondary schooling. He was assigned as a hospital corpsman where he was stationed at Camp Lejeune in North Carolina.

He worked in this hospital for four years there he got acquainted with Dr. Robert Ellis a decorated San Francisco cardiac surgeon.

Gardner was offered the position to assist Dr. Robert Ellis in the latter’s clinical research at the University of California Medical Center and Veterans Administration Hospital in San Francisco. He gladly accepted this position.

1974: Gardner was discharged from the Navy this year and he would later learn how to manage a clinical laboratory as well as perform various kinds of surgical techniques.

Related: How You Can Make Money Participating in Paid Clinical Trials.

1976: By this this, Gardner has mastered how to run a laboratory. He was also credited with the co-authoring and publishing of several medical articles with Dr. Robert Ellis.

1977: He got married to Sherry Dyson, an educational expert in Mathematics. However, their relationship did not last due to his plans of abandoning his dreams of becoming a physician.

Another reason for the strained relationship was because he had an affair with a dental student named Jackie Medina who later bore their son Christopher Jarret Gardner in 1981.

This is also part of the University of California system and it is dedicated entirely to health science. It is as well as a major center of medical and biological research and teaching.

The 1980s: Gardner’s interest in stockbroking started when he met a stockbroker named Bob Bridges.

He made a decision to become a stock trader after Bridges introduced him to the world of finance, he also organized meetings between Gardner and branch managers that offered training programs at top stock brokerage firms.

Gardner made a commitment to attend the training programs and this lead to him amass parking tickets.

He was later jailed for missing $1,200 in parking tickets. The judge ordered that he stayed for ten days in jail. When he was discharged, his girlfriend Jackie left and took their son.

He later gained a position in the stock brokerage firm Dean Witter Reynolds and worked as a trainee.

Gardner attempted the Series 7 Exam and passed on the first try. Following his success with this exam, he was made a full employee at firm Dean Witter Reynolds.

Thereafter, he was recruited by Bear Stearns & Company in San Francisco. This company is a New York-based global investment bank, securities trading, and brokerage firm. This firm is now acquired by JPMorgan Chase.

Some months later Jackie reappeared with their son and Gardner took sole custody of the child.

Gardner and his son had no money and were homeless. As a result they slept wherever they found shelter.

He soon found a home for him at the homeless home run by Reverend Cecil Williams at the Glide Memorial United Methodist Church’s shelter for homeless women.

Gardner would later have another child with Jackie. This time, they had a daughter named Jacinta. Despite having children together the couple never got back together, as Gardner turned down the offer from Jackie.

The “Rich” in the name was in honor of Marc Rich who was an international commodities trader, hedge fund manager, financier, and businessman.

2006: He sold his stake in Gardner Rich & Co in a multimillion-dollar deal. He later became the CEO and founder of Christopher Gardner International Holdings. This company has offices in Chicago, New York, and San Francisco.

His biography titled “The Pursuit of Happiness” was published this year. This book was later adapted into a film starring Will Smith, Jaden Smith, and Thandle Newton.

The film focused on Gardner’s nearly one-year struggle being homeless.

This film was a blockbuster and achieved success in the box office. Will Smith would eventually get an Academy Award Nomination for Best Actor.

Commercially, “The Pursuit of Happiness” grossed $163 million domestically, and over $300 million worldwide.

2009: Gardner published another book titled “Start Where You Are: Life Lessons in Getting from Where You Are to Where You Want to Be”.

Chris Gardner has not had a steady marriage. He married a mathematics expert from Virginia, named Sherry Dyson in 1977.

When he decided to abandon his pursuit of becoming a physician, his relationship with his wife was detached.

Meanwhile, while still married to Sherry, Gardner had an affair with a dental student named Jackie Medina.

He left his wife after three years of marriage and moved in with Jackie who was pregnant and later gave birth to their son Christopher Jarrett Gardner Jr. on January 28, 1981. Gardner and Sherry Dyson divorced in 1986.

Because of financial troubles, his relationship with Jackie began to fell apart. In one incident, Jackie had wanted to run away with their child but Gardner swung her into the garden bushes and this resulted in scratches on her body.

Gardner was jailed for ten days following this incident. When he was in jail, Jackie ran away to the East Coast with Chris Jr. He met an empty apartment when he was released.

After four months, Jackie returned with their son and left him with Gardner. He assumed sole custody of his son. His salary at this time could not get him a flophouse.

He and his son had to struggle secretly with homelessness while he saved money for a rental apartment.

They were later accepted by Reverend Cecil Williams to stay at the Glide Memorial United Methodist Church’s shelter for homeless women, now known as The Cecil Williams Glide Community House.

He later found a home and resumed contact with Jackie who later gave birth to their second child named Jacintha in 1985.

Gardner and Jackie did not marry. They had an arrangement that allowed Jackie to look after the children during Gardner’s long hours of work.

Gardner has written several books including the bestselling autobiography titled “The Pursuit of Happyness”(2006) which was later adapted into a movie starring Will Smith as Chris Gardner.

He is a philanthropist and a recipient of many awards.

Chris Gardner is still the C.E.O of Gardner & Rich Co. which he founded in 1987.