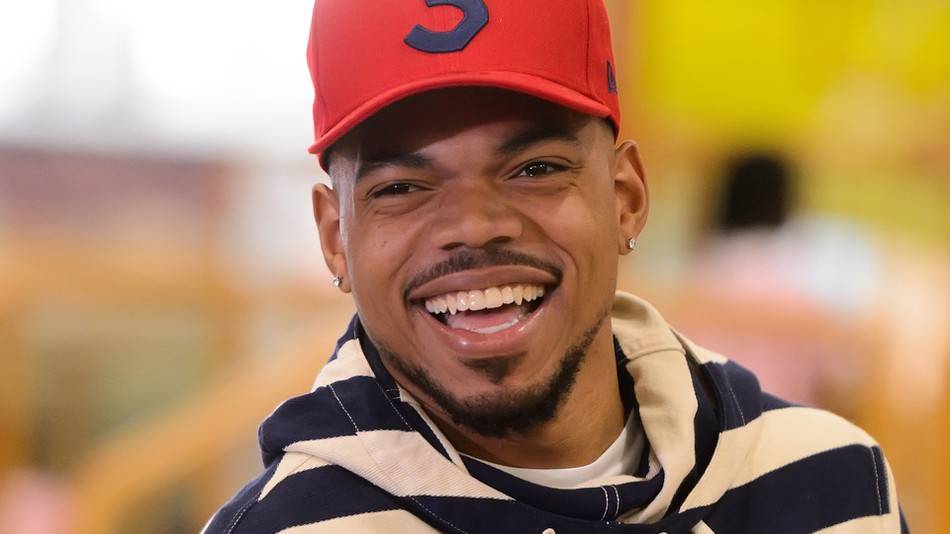 Chance the Rapper is estimated to have a net worth of over $45 million, as of 2023. Forbes even mentioned that he made a staggering $33 million in 2017 alone.

Born Chancelor Jonathan Bennett, this talented young entertainer has already made a name for himself thanks to his unique style of music.

He is a very promising rapper, songwriter and activist. It’s no wonder he connects easily with already established rappers, activists and even politicians

His musical style can be described as versatile and uplifting. This is not surprising as his music contains jazz-inspired melodies and gospel influences.

He has already won three Grammy Awards within such a short time in his career. He even set a record when he won the “Best Rap Album” Grammy Award as it was the first ever streaming-only album to have won a Grammy.

The acceptance of his songs by fans and the music community in the shortest time has made him really rich.

The source of Chance the Rapper’s wealth is mainly from the sales of his music over the years.

He also makes money from the online streaming and sales of his music.

He also makes money selling merchandise and also gets money from tours and collaborations with other artists.

Another important source of income for this popular rapper is commercial sponsorships and endorsements from brands.

In that regard he has been involved with top brands like Nike, Nestle, Doritos, MySpace, H&M, Dockers, etc.

Chance the Rapper is the stage name of Chancelor Jonathan Bennett. He was born on the 16th of April, 1993. His birthplace is Chicago, Illinois.

His father is a politician named Ken Williams-Bennett. Ken was an aide to former Mayor Chicago, the late Harold Washington. He was also an aide to the then-Senator Barack Obama.

Bennett’s mother worked for the Illinois Attorney General. Her name is Lisa Bennett.

Thanks to the careers of his parents, he didn’t need a lot of money growing up as many other rappers.

He has a younger brother named Taylor Bennett. They grew up Chatham, a neighborhood on the South Side of Chicago.

Following his graduation from high school, Bennett enrolled in a community college for a week before dropping out.

He started to get interested in music when he was in fifth grade.

Bennett started his music career in high school. He had been inspired by the music of late Michael Jackson which he listened to on cassettes until his fifth grade.

Also, the jazz and gospel songs played by his parents influenced him as did the hip-hop song of Kanye West played on the radio.

He began rapping in sixth grade and formed a hip-hop duo group with a friend in his freshman year in high school.

His earliest performances took place at the YOUmedia Lyricist Loft at Harold Washington Library in Chicago.

He was placed second in a local songwriting contest. The then-mayor of Chicago, Richard M. Daley, loved his song.

2011: At high school, Bennett wrote and performed songs. He started recording songs for his first mixtape after he received a 10-day suspension for possessing marijuana on Campus. The mixtape was to be titled “10 Day”.

In December, Chance released a song titled “Windows” and revealed his mixtape project.

2012: “10 Day” the debut mixtape of Chance the Rapper was released in April. It became an instant success. It contained 14 tracks including “Window” which featured Alex Wiley and Akenya Seymour.

This mixtape was released independently as a free digital download. In the mixtape sharing website DatPiff, this mixtape has been streamed nearly 600,000 times and downloaded over 400,000 times.

The reception of this mixtape locally helped to further project the popularity of Chance the Rapper.

He featured on the song “They don’t like me”. This track is on the sixth mixtape of Childish Gambino titled “Royalty”.

He went with Gambino on his concert tour of North America. The tour was to really bring Bennett to the limelight since he was the warm-up act.

2013: Chance released his second mixtape called “Acid Rap” in April of 2013. The release was made on the mixtape site DatPiff.

Acid Rap was well-received by fans and critics. In fact, on the review aggregator website “Metacritic” it received an average score of 86, based on 21 critics, which indicates “universal acclaim”.

It also debuted at number 63 on the Billboard Top R&B/Hip-Hop Albums chart,

This mixtape was nominated for Best Mixtape award at the 2013 BET Hip Hop Awards.

This year, Bennett performed at the annual four-day music festival based in Chicago, Illinois at Grant Park. This festival is known as the “Lollapalooza”.

Chance the Rapper also featured in a commercial to relaunch “Myspace” the social networking website.

2014: He featured in an online commercial promotional video for “Dockers”, a California-based brand that specializes in business casual clothing for men.

He was included in the XXL Magazines Annual Freshman List. This list features ten artists-to-watch, all appearing on the cover of the magazine.

The Mayor of Chicago, Rahm Emanuel, presented Chance the Rapper with the “Outstanding Youth of the Year Award”.

“Surf” an album by The Social Experiment – a self-described group of bohemian musicians, consisting of Segal, Chance the Rapper, Peter Cottontale, Greg Landfair Jr., and Nate Fox, was released on iTunes on May 2015.

This album was well received and got a “Universal Acclaim” aggregate score of 86.

This year, Bennett performed in many places and entered into collaborations with other artists to boost his growing fame.

He performed in the Bonnaroo Music and Arts Festival. He performed with artists like Kendrick Lamar and Earth, Wind & Fire. He also had a collaborative mixtape with Lil B.

He did a video of his new song. This song is a rework of Kanye West song “Family Business”,  The new song was released as “Family Matters”.

He also premiered a new song, titled “Angels” featuring Saba, on The Late Show with Stephen Colbert. He performed a new song titled “Somewhere in Paradise” on “Saturday Night Live – a TV show.

2016: Chance the Rapper featured prominently in Kanye West’s album titled “The Life of Pablo”. In fact, Chance appeared in several hit songs on the album. The songs include “Ultralight Beam”, “Father Stretch My Hands Pt. 1”, “Famous”, “Feedback”, and “Waves”.

He was featured in the song “Show me Love”. This is a song from the album “This Unruly Mess I’ve Made” released by Macklemore & Ryan Lewis.

Chance’s third mixtape, “Coloring Book” was released exclusively on Apple Music. It sold more than 38,000 units released. It debuted at number eight in US Billboard 200 chart. This mixtape contained 14 hit tracks. It was indicated as “universal acclaim” with a high score of 89 on the review aggregator site Metacritic.

Chance and Kareem Abdul-Jabbar performed the tribute song “I was a rock” in honor of late Muhammad Ali at the 2016 ESPY Awards.

He wrote a song that was used in Nike’s film commercial. Chance also was involved in a jingle that was used by Nestle to promote its Kit Kat bar.

He was involved in a new commercial campaign with H&M.

He turned down a request to join a record label GOOD Music owned by Kanye West. He turned down the offer because he prefers the freedom of being an independent artist.

2017: He performed at the Grammy Awards and featured gospel artists like Kirk Franklin and Tamela Mann, along with a gospel choir and orchestra conducted by Tom Brooks. 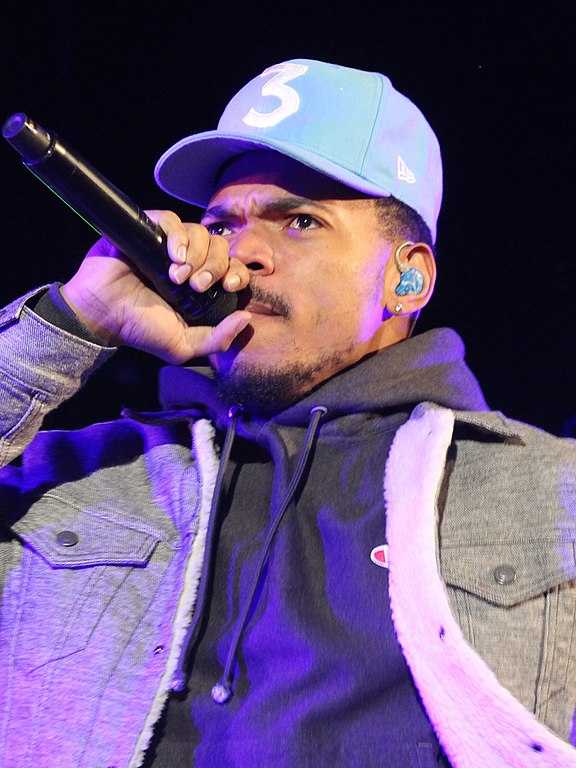 His song “Last Christmas” was nominated for an Emmy Award in the category of “Outstanding Original Music and Lyrics”. Other artists that shared this nomination include Kenan Thompson, Eli Brueggemann, and Will Stephen.

2018: He released two new songs titled “My Own Thing” and “The Man Who Has Everything”.

2019: At the Super Bowl LII, he appeared in a commercial for Doritos alongside The Backstreet Boys. They performed the remix of “I want it that Way”.

His debut studio album “The Big Day” was released in July.

Before their marriage, Chance and Kirsten had a protracted relationship. This resulted in a child support case over Kensli. The dispute was later settled out of court in March 2017.

His daughter, Kensli, was born with Atrial Fluter and this led Chance to rediscover his Christian Faith. He believes that God is to thank for his blessings and his success.

He now lives with his family in Chicago.