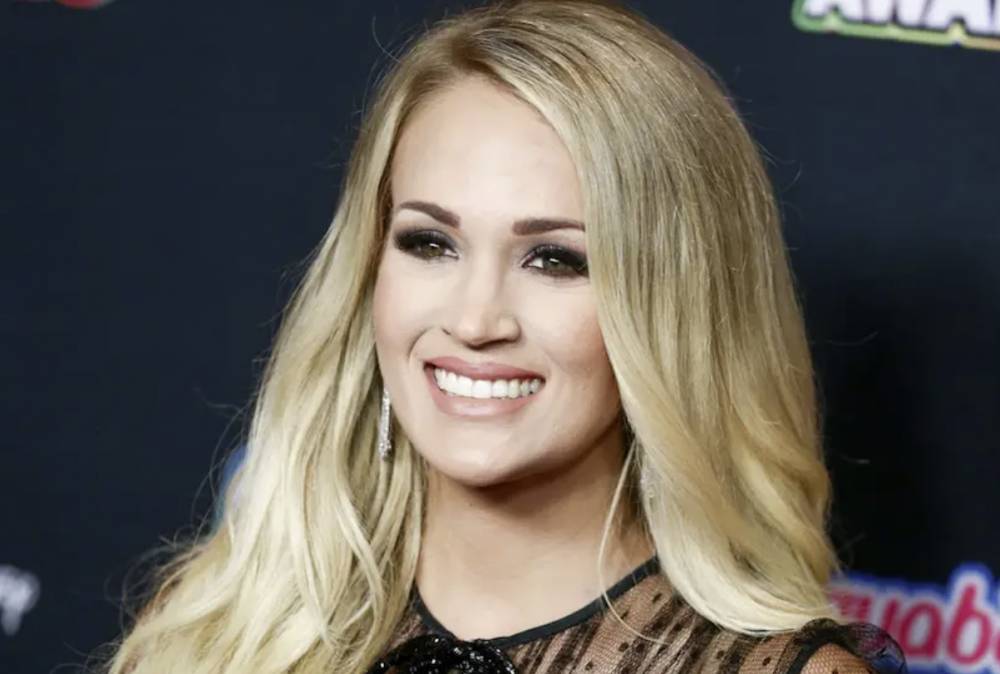 Born Carrie Marie Underwood on 10th of March, 1983, she rose to fame when she won the fourth season of American Idol talent show.

This singer is also an actress, fashion designer and even a writer.

Underwood has made a big name for herself, and she has also made a fortune in her career.

Her major source of wealth is the sales of her songs and albums in the music industry. She has released songs and albums which topped charts and became commercially successful all over the world.

For example her one of her albums became the bestselling album in the United States across all genres in 2006. This album even went on to become the fastest-selling debut country album and the best-selling solo female debut album in the country music history.

She has also made a lot of money from her various musical tours around the United States and several countries of the world.

Aside from her songs, Underwood also makes money from her earnings as an actress.

She’s also one of the celebrities making a lot of money from brand endorsements.  She has been associated with various endorsement deals with big brands like Almay, Nintendo, and Olay.

All the above articles are free to read right here on Kingged.com.

Carrie Marie Underwood was born on the 10th of March, 1983. She was born in Muskogee, Oklahoma.

Her parents are Stephen and Carole Underwood. Her father, Stephen, worked in a paper mill, and her mother, Carole, was an elementary school teacher.

Underwood has two elder sisters whose names are Shanna and Stephanie.

She was raised at Checotah, a rural town in Oklahoma. She went to Checotah High School and graduated as a Salutatorian in 2001.

During her childhood, she sang at various local events and sang at her local church, First Free Will Baptist Church.

During her high school days, Underwood was a cheerleader and an Honor Society member. She also played softball and basketball.

During her university days, Underwood waited tables at a pizzeria, worked as a page for the Oklahoma State Representative Bobby Frame, worked at a veterinary clinic, and did other odd jobs during her summers.

She also performed in Northeastern State University’s Downtown Country show in Tahlequah. At the university, she competed in beauty pageants competition and was selected as Miss NSU runner-up in 2004.

2004: Carrie Underwood sang Bonnie Raitt’s “I can’t make you love me” as she auditioned for the “American Idol” singing competition in St. Louis, Missouri.

Her rendition of this song and other songs was impressive, and her singing talent appealed to the judges, media, and fans.

2005: She won the fourth edition of American Idol and received a recording contract that was worth at least a million dollars. Other perks attached to her was a Ford Mustang convertible and the use of a private jet for a year.

“Inside Your Heaven” sold nearly one million copies and was certified Gold by the RIAA and Double Platinum by the CRIA.

Another single titled “Jesus, Take the Wheel” was released and it also topped the charts. It peaked at number one on the Billboard Hot Country Songs.

2006: “Some Hearts” became the bestselling album in the United States across all genres in 2006. This album would go on to become the fastest-selling debut country album and the best-selling solo female debut album in the country music history.

She embarked on her first music tour titled “Carrie Underwood: Live 2006”. This tour took her across North America.

In December of this year, she was named Oklahoman of the “Year by Oklahoma Today”.

2007: She released another single titled “Wasted”. This song peaked at number one on the Hot Country Songs chart. It was also certified Platinum by the RIAA.

She released her second studio album titled “Carnival Ride”. This album was also a hit like her first album. It debuted at No. 1 on both the Billboard 200 and Top Country Albums chart.

2008: Underwood’s third single titled “Before He Cheats” was certified multi-platinum. As of this time, he has sold more than four million copies.

2009: Carrie Underwood released her third studio album titled “Play On”. This album made it to the top of the Billboard 200 and Top Country Albums charts. It sold more than 318,000 copies in the first week of release.

She was named Entertainer of the Year at the 2009 CMA Awards.

She embarked on the Play on Tour starting from March of this year to January 2011.

2010: Underwood won the “Favorite Country Album”, for “Play On”. She was a cast in the TV series “How I Met Your Mother”.

2011: She was nominated for ‘Best Female Country Vocal Performance’ for “Temporary Home”.

This year she made her film debut in “Soul Surfer”.

2012: Underwood’s fourth studio album titled “Blown Away” was released this year. This album debuted at No.1 on the Billboard 200 chart. It also peaked tops at the Country Albums Chart and the Digital Albums Chart in the US.

2013: Underwood another Grammy Award this year. She won the Best Country Solo Performance for the song “Blown Away” which is the lead single in her fourth album “Blown Away”.

She was cast in “The Sound of Music Live!” where she played Maria Von Trapp.

2015: She released her fifth studio album titled “Storyteller” on October 23, 2015. The album featured at No. 2 on the Billboard 200 chart. It also topped the chart on the Top Country Albums chart.

This album was certified Platinum by the RIAA.

2016: She also launched the Storyteller Tour this year. She was honored as one of CMT Artists of the Year.

2018: Underwood released her sixth studio album titled “Cry Pretty”. This album was a success as most of her albums.

It debuted at number one on the Billboard 200 albums chart. It became the best-selling solo female album and the seventh best-selling album overall. More than 400,000 copies were sold.

Underwood is married to NHL player, Mike Fisher. They met in 2008 at one of her concerts. They got married in 2010 at The Ritz-Carlton Lodge, Reynolds Plantation in Greensboro, Georgia.

Carrie Underwood suffers from Attention Deficit Hyperactive Disorder since the age of five. She still takes her prescribed medications “Ritalin” and “Dexedrine” even as an adult.

She is vegan and loves animals.