This article reveals a lot about burger franchises and how to get started, if you are considering one. It also reveals some of the best ones to consider.

America and Americans are in love with their food. Generally, because it seems that the citizens of the United States are always on a fast pace and enjoy living large, their food choices reflect this lifestyle.

Consequently, choices of food during the week require something fast, big, tasty, and somewhat nutritious.

That is why the fast-food industry is such a perfect match for the American lifestyle. Fast food choices include pizza, chicken, tacos, etc. Of course, the king of fast food items that Americans devour is the American burger.

When talking about the burger is the king of fast foods, one might think of Burger King.

However, there are a variety of other burger franchises.

If considering a burger franchise as a small scale business investment opportunity, it would be prudent to “step into the kitchen” of at least the top three burger franchises and be aware of various steps to consider before firing up the grill.

Certainly, a hamburger is a hamburger but the way that the burger is grilled, fried, or broiled and any “secret sauces” provides a unique flavor that may or may not resonate with the customer’s taste buds.

If the prepared hamburger and the taste buds resonate with each other then that hamburger franchise may become the individual’s favorite.

Similarly, just as not all hamburgers are like so it is with hamburger franchises.

Therefore, if considering a hamburger franchise investment, it is important to research the various franchises, what is required, the way these business burger franchises operate, and whether their business model resonates with the potential investor.

Also See: Tips To Help You Be a Very Successful Businessman.

Best Burger Franchises and Getting Started

Whether you call this burger franchise Mickey D’s or the golden arches or the place where “you deserve a break today,” the McDonald’s franchise is the big kahuna or the Big Mac of the best burger franchises available.

McDonald’s has been serving up hamburgers and other assorted menu items for close to 60 years. Its dominance in the burger industry and as a premier burger franchise is undisputed.

Contributing to the success of McDonald’s has been various marketing campaign efforts and in particular its use of music and “jingles” that would replay over and over again in the minds of those that heard the catchy tune and lyrics.

One catchy phrase that was put to music for the success of McDonald’s was “you deserve a break today.”

Its recipe for success is to adjust to the various eating needs of the customers and providing food items that could be classified as “hot potatoes” as it relates to social issues and dietary needs of its modern-day customers.

Those adjustments in their menu have included offering to its customers a listing reflecting the various number of calories associated with their food items, salads garnished with chicken and using ingredients in their food that would be considered more ecology minded.

Also, they are experimenting with a new menu item that is meatless and plant-driven.

Adding to their model of convenience and being a drive-through, McDonald’s now, through many of their local franchises, offer the use of kiosks for their customers in ordering their food.

This allows the customer to bypass the counter and touch-select their menu item.

McDonald’s polished their golden arches for the first time in 1955 and their franchises and the popularity of being a McDonald’s owner has only increased.

As of this writing, there are 39,020 franchises globally.

In regards to entering into a McDonald’s franchise, the bar is extremely high on these golden arches.

At a minimum, to be considered for a franchise, the potential owner must have available half of a $1 million.

That money cannot be characterized as borrowed.

Also, the McDonald’s franchise requires that the potential partner pay a minimum of 25% in cash as a down payment towards the purchasing of the McDonald’s restaurant.

As one would expect, there are ongoing fees associated with being a McDonald’s franchise owner. There is a monthly service fee which is generally calculated by multiplying the monthly sales of the restaurant by 4%.

Also, the franchise owner needs to pay a monthly rental fee which is again based upon the gross sales accumulated by the restaurant each month.

In 1954 there was a coronation of sorts within the fast-food industry.

This coronation was the beginning of the reign of Burger King as a fast-food franchise that specialized in providing delicious burgers to their customers.

This franchise comes in at a far distant second to McDonald’s by having a total of 18,838 franchises spanning 100 kingdoms or countries.

To Burger King’s credit, they did outdistance McDonald’s as it relates to introducing the plant base and meatless hamburger to their customers.

If interested in being part of the royal Burger King family it is important to note what the personal and financial qualifications are to owning a franchise.

First of all, Burger King requires a background check on those individuals that are applying to be part of the team. This is a passed-on expense of $250 per person involved in making an application.

Additionally, the franchise fee to owning a franchise requires paying into the royal coffers an amount of $50,000.

If the new owner continues through the process and the restaurant is opened they will be assessed a monthly fee of 4.5% of their gross sales.

Added to the mix is the ongoing advertisement cost to make sure that Burger King is in front of the public eye and stomach. This assessment comes in at 4% of gross sales realized by the new restaurant.

Added to the mix are opportunities for the individual considering owning a Burger King. One of those opportunities includes the type of restaurant that they wish to invest in.

One of those types of restaurants could be the traditional freestanding location.

This is where the customer can either drive through and order and pick up their food or actually leave their car and go into the restaurant and dine in.

The other location opportunity is classified or defined as nontraditional. 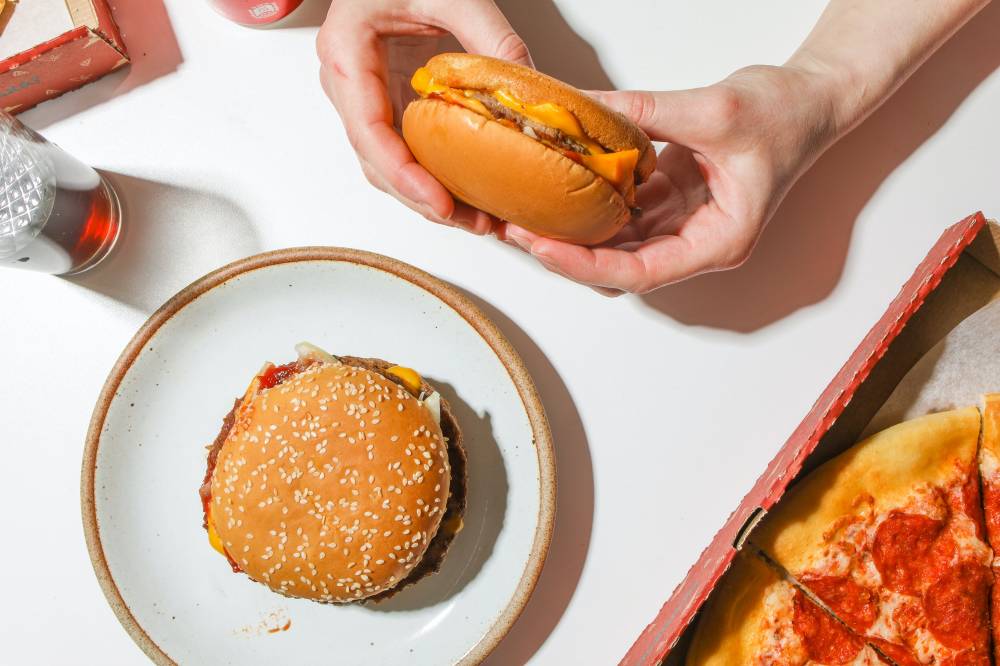 Wendy’s was and is a distant third in the burger franchise fast food industry.

However, if one is old enough to remember, in the 80s, there was a commercial that catapulted Wendy’s into burger success. The commercial was “where’s the beef.”

In this commercial three elderly ladies were examining a large hamburger but the hamburger was mostly bun with a small hamburger patty sandwiched between the two large pieces of bread.

One of the older and “quaint” ladies would exclaim over and over again, “where’s the beef?”

It was marketing genius and helps to create great success for Wendy’s.

Also, adding to the marketing success of Wendy’s was that Dave Thomas, the founder of Wendy’s in 1969, would be featured in commercials.

He was not exciting, flashy, or vibrant but his deadpan presentation of his restaurant to his customers and potential customers resonated with hamburger lovers.

Wendy’s also markets and cooks up a unique burger in that the burger is not round but is square.

They have always proclaimed in their marketing campaigns that their hamburger could be labeled as old-fashion. Added to their menu fair was the famous Frosty which also brought customers in for their in-house or take-out dining.

As of the year 2020, Wendy’s indicates that 5,457 franchises are operational in the United States of America. Although not in the same restaurant booth as McDonald’s, Wendy’s is second to McDonald’s in the selling of hamburgers.

To secure a Wendy’s franchise, the company requires that the potential franchisee have a minimum of $2 million in assets that are liquid or readily available.

Also, the net worth of the potential franchisee needs to be at a $5 million net worth level.

Consequently, a new Wendy’s restaurant would require a range of money available between $2 million and a little over $3.5 million.

Additionally, the application cost to apply for a franchise is set at $5,000 with a background check being conducted amounting to $500 per person.

Also, there is an assessment of $50,000 for each restaurant with the line item being labeled as a technical assistance fee.

Like its competitors, Wendy’s franchise requires 4% of each of the franchise gross sales and an additional 3.5% of gross sales for advertising at a national level.

Also, Wendy’s invests in local advertising and this requires the franchisee to provide .5% of their gross sales.

Certainly, I do not own a burger franchise. Although, perhaps it could be argued that coming from a large family and having a large family of my own I have invested considerable money in various franchises and maybe could be considered an investing partner.

I have my favorites, but will not disclose them to maintain neutrality in this article. Suffice it to say that each of the top three burger franchises listed below has been recipients of our financial support.

As a consumer, each of the burger fast-food restaurants has its unique way of preparing the hamburger as well as ways that the hamburger is garnished.

Often the customer, based on their taste preferences will be loyal to one particular franchise.

However, sometimes fast-food restaurants will change their menu or offer special deals which may temporarily attract those loyal or new customers.

Also, it is important to determine whether the franchise is content with the status quo or has aggressive marketing strategies to attract new customers or have their customers enticed away from their favorite franchise.

It is probably fair to assume that, despite one’s lifestyle of dietary choices, that a hamburger has been eaten at one time or another.

Perhaps it was just yesterday evening for supper.

Consequently, if one has the initiative, resources, and vision to be a successful franchise order for one of the many burger franchises available, it may be time to take a big bite out of that burger franchise.

America and Americans have always had an ongoing love affair with hamburgers. Hamburgers that are juicy, tasty, and big.

Also coupled with America’s need for a quick meal due to their lifestyle, the consideration of a burger franchise is a match made in burger heaven.

If looking for an investment opportunity and one has the resources and is willing to roll their sleeves up and “get into the kitchen” they have an opportunity to be part of a winning formula with some of the more established and successful burger franchises.

All one needs to do is their homework and conduct their research as to which franchise to be a winning part of.

Financially, it is a high bar. However, if everything falls in place, one may enter through the golden arches, be cloned as a Burger King, or boldly exclaim to their potential customers as to “where the beef is.”