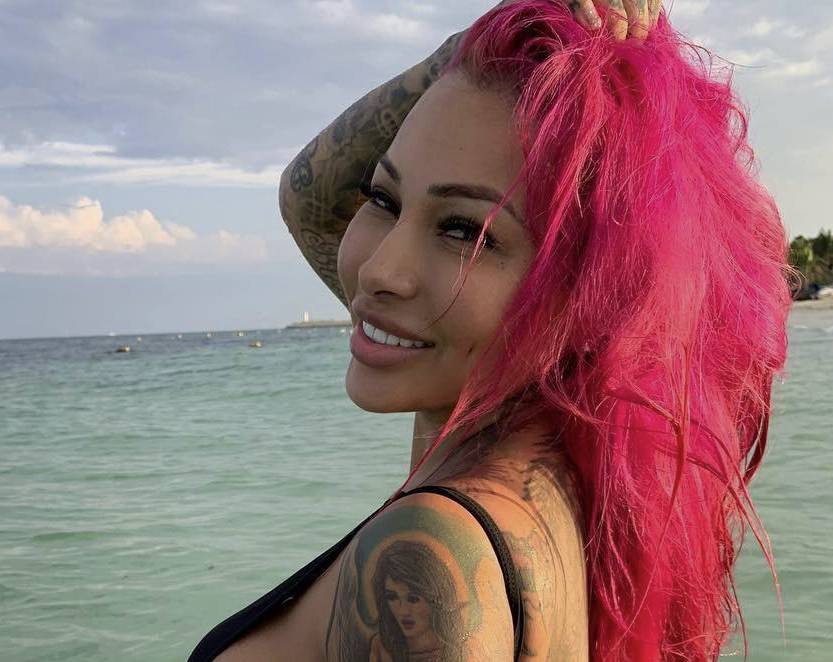 She is a famous American actress, TV presenter, model and entrepreneur. She has a huge fan base on Instagram. Her fan base is in the tens of millions of followers as of 2019.

This social media influencer has unique dimple piercings and body tattoos that have increased her appearances in many commercial magazine covers.

Her sources of wealth include endorsements and TV commercials, acting, authoring a book called “Millionaire Self Talk”. Yes, she’s one of those who make money from ads.

She has also made a lot of money from social media as an influencer. Yes, she’s also one of those who gets paid to post on social media like Instagram.

She is also an entrepreneur and she has made a lot of money from different business ventures, such as running a clothing line.

Brittanya Razavi was born as Brittanya O-Campo on the 7th of July, 1985. Her birthplace is Oxnard, California.

She has siblings including an older sister called Tiffany O’Campo.

She was fortunate to attend a private school in California.

When she was 15 years old, her father was sent to prison and life became hard for the family.

She and her siblings had to work at young ages to support the family.

At 16, she gave birth to her first child. The child was raised by Brittanya’s grandfather so that she could go back to college to complete her education and earn a degree.

2009: Brittanya became popular after starring at season 3 of “Rock of Love with Bret Michaels”, a reality TV show by VH1 network.

She featured as a suitor and made it to the final six contestants. In total, there were 14 contestants.  She was featured in 9 episodes.

2010: She returned as a contestant on season 4 of “I Love Money” – another reality television series that aired on VH1.

The contestants competed in physical and mental challenges in an attempt to win $250,000.

2012: Brittanya featured in the comedy-drama film, “Dysfunctional Friends”. A film was written and directed by Corey Grant. She played the role of “Lexus”.

Other facts about Brittanya you should know include:

Brittanya was rumored to have a very short relationship with Nico Vaquez. She is now married to Lucky Moe Razavi. This is why she now has “Razavi” as her surname instead of “O-Campo”.

They have 4 children together. She now has a total of 5 children if you add the child she had at 16 years.

The names of the first and second sons she had with Moe are called Cash King and Legend King respectively.

She is the co-author of the book “Millionaire Self Talk”.

She an online store where she sells merchandise and accessories. She runs BrittanyaTV where people can pay to watch her private videos.

In 2010, she was jailed for 6 months for assaulting a woman with a pimp cup or chalice. The prison place was California’s Ventura County Jail.