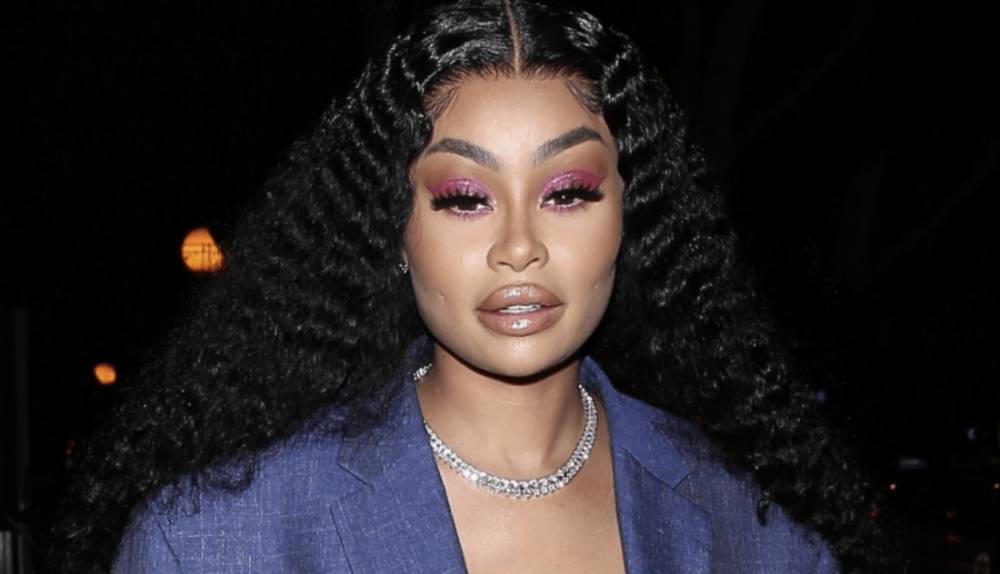 Blac Chyna’s net worth is estimated to be around $7 million dollars, as of 2020.

Born Angela Renée White on the 11th of May 1988, she is a renowned model and entrepreneur.

She became famous after posing for both Dimepeice and Black Men’s Magazine in 2010.

Chyna was a former stripper who is growing to become one of the most admired and wealthy celebrities around.

She has dated Rob Kadarshian and was featured in the Kadarshian reality show where she was paid about $12,000 per episode.

As a TV personality who is always in the spotlight, it is not surprising that her net worth continues to grow exponentially as she keeps rendering value to her fans and the business world.

Blac Chyna lives in Los Angeles and lives in the Hollywood lifestyle. She owns a mansion worth $3 million in Woodland Hills, California.

This mansion is about 7,054 square feet that include 6 bedrooms, 6.5 bathrooms, tranquil garden, swimming pool, a custom-built wine cellar, and a guest house with 2 bedrooms, 2.5 bathrooms.

Blac Chyna has made her wealth by engaging in a lot of things. Her career as a model, dancer, entrepreneur, reality star and businesswoman, has increased her net worth over the years.

She has appeared in many magazines as model. Specifically, she has appeared on the cover photoshoot of Dimepiece, Straight Stunning and Clack Men’s Magazine.

As an entrepreneur, she owns her cosmetic and make-up brand called “LASHED” by Blac Chyna.

She also makes a lot of money appearing in TV shows, including getting $12,000 per episode of the Kardashian reality show she featured in.

She owns a beauty salon in Encino, Los Angeles and she has a clothing line named “88fin”.  These ventures brings in much needed regular money for her.

Chyna has endorsed many brands which have all helped to increase her net worth. Some of these brands include Fashion Nova, Mommie, Whitenicious, Fashionova, Insta Curve, and many more.

It is safe to say that Chyna’s source of wealth includes income from her own makeup brand, business venture, music video appearances, modeling deals, exotic dancing, online clothing boutique and a beauty salon.

Blac Chyna’s real names are Angela Renee White. She was born on the 11th of May 1988.

Her place of birth is in Washington, District of Columbia, USA.

She had to work as a stripper in Maryland to pay her college tuition and to support herself financially.

However, Chyna would later drop out of school because she was always exhausted after stripping and was unable to attend classes nor continue her studies.

Related: Playing Strip Poker including top tips to help you play it well.

Blac Chyna began her career as a professional stripper in 2008. She dropped out of college to pursue her career in stripping and modeling.

In 2010, her profile rose and she started earning money taking pictures and doing modeling jobs. Drake name-dropped her in the song “Miss Me”.

She appeared in the music video of “Rack City” by rapper Tyga.

She was cast in Kanye West’s Song titled “Monster”. Nicki Minaj was also cast in the song.

Chyna launched her online boutique titled “88fin”. This followed her enrollment and graduation from the JLS Professional Make-up Artist School in February of 2013.

Apart from the online boutique, she also launched her brand of adhesive eyelashes called “Lashed by Blac Chyna”.

In 2014, she purchased a beauty bar that offers makeup courses and located in Encino, Los Angeles.

Blac Chyna started a relationship with the rapper, Tyga, in 2011. Their relationship started when she appeared in Tyga’s music video “Rack City”.

The couple have a son named King Cairo Stevenson. He was born in 2012.

Chyna and Tyga ended their relationship in 2014. The cause of their split was partly because Tyga was having an affair with Kylie Jenner.

Her relationship with Rob put her in the limelight as she started appearing in some episodes of the Kardashian’s reality television show.

They also launched their own reality show, “Rob & Chyna”, which depicted their daily life and preparations for the arrival of their child.

Chyna and Rob Kardashian have a daughter named  Dream Renee Kardashian. She was born in November 2016.

Chyna and Rob ended their relationship in 2017 after Rob posted sexually explicit photos of Blac Chyna onto social media.

Blac Chyna loves tattoos and she has plenty of them drawn on her body. Many of the tattoos on her body hold special meaning to her.

For instance, she has the following tattoo designs on her body:

Talking about her feet though, click here to read a cool way to make money with feet pictures.